NO CHANCE TO BURY

Swallowed by the sea in Lamu: How families struggle to accept

• From capsized boats to swimming accidents, the ocean has claimed many in Lamu

• Years later, the bodies of some are still missing, denying their relatives closure

by CHETI PRAXIDES
Big Read
25 January 2021 - 08:00
Divers retrieve a body from water from the scene of a boat accident in Lamu last year
Image: CHETI PRAXIDES

The pain of losing a loved one is immeasurable, but even more heart-wrenching is knowing your loved one is dead and not being able to see their body or give them a fitting send off.

This is the pain Lamu families whose relatives drowned in the Indian Ocean have to live with each passing day.

These families have not had the closure many of us get when we lose someone. Some of them hold on to a glimmer of hope that their loved ones are still alive somewhere out there.

“I refuse to believe that my brother died because I have never seen his body,” says Omar Shebwana, brother of Huri Shebwana, who drowned in the sea.

“People tell me to accept his death but I tell them not until I see his corpse. Otherwise, I have chosen to believe he is out there somewhere. Maybe he just wanted to be on his own for some time.”

In August 2018, four fishermen set out for the high seas in Kiwayu and Ndau islands for their usual fishing expeditions. But as fate would have it, their boat hit a coral reef and capsized due to rough tides at sea.

All four were thrown into the cold Indian Ocean waters. Only one fishermen survived, Omar Shali. The other three, Athman Gogo, Lali Shali and Huri Shebwana, were declared dead by drowning by the search and rescue team.

Why vehicles plunge into the ocean at Likoni ferry

The survivor had to swim for endless hours to safety, where he alerted the Kiwayu chief.

A week-long search for their bodies was fruitless. The search was called off after divers failed to locate the bodies.

It’s believed the bodies could have been washed downstream and out of Lamu waters and possibly into Somalia, Yemen or Saudi Arabian waters.

Four years on and the families of the three fishermen still hope their loved ones will be found, dead or alive.

“It doesn’t matter if he is dead or alive. We just want to see him and confirm our fears,” Shebwana says.

“I will be glad if he is alive but if he is dead, let me have his body and bury him. It’s so painful to imagine his body could be floating in some isolated lagoon somewhere, being eaten away by animals.”

Lali Shali was only son and his mother has been inconsolable ever since the tragic day, says his sister Umi Shali.

The family wants the government to renew search efforts to enable them recover his body and bury him.

“Our mother has refused to believe he could be dead and over the years, we are equally beginning to think like her. After all, we have never seen a body or buried one,” Umi says.

“At the time the incident happened, Mother was as fit as a fiddle, but now she suffers from diabetes, hypertension and is depressed. That was her only son.”

Divers at the scene of a marine accident in Lamu.
Image: CHETI PRAXIDES

The family of fellow drowning victim Athman Gogo accuse the county and national governments of doing little to recover the bodies of their loved ones, if indeed they died in the accident.

These families say the national government, especially, has employed doubles standards by not dealing seriously with marine accidents in Lamu like they do in other counties like Mombasa.

Shukri Abdullahi, a friend of the late Gogo, cited the incident where a car plunged into the ocean in Mombasa at the Likoni ferry last year, killing a mother and her young daughter.

“We saw the prominence the incident received. Officials camped until the vehicle and bodies were retrieved. Similar or worse accidents have happened in Lamu but less attention is paid. It’s unfair,” he said.

The families are appealing to the government to issue search alerts to neighbouring countries, where it is suspected the bodies could have been washed into.

Gogo's sister Mariam Asif said, “Let them bring the coast guards of Somalia, Yemen, Saudi Arabia and any country where they say the bodies might have been washed into.

“Let the Kenyan teams work with such offices to help us recover the bodies of our people, instead of just telling us they can't find them and we should live with that.”

She said they just want to bury their people if at all they are dead. “Those are human beings. People who were loved and depended upon. They were fathers, sons, husbands, uncles and grandfathers, and you cannot just expect people to forget them like they never lived.”

The worst-ever marine accident in Lamu's history was that of August 13, 2017, when a boat carrying ODM politician Shekue Kahale and 11 of his family members, including his four young children aged between 9 months and 11 years, his wife, sister, nephews and nieces, capsized at Manda Bruno due to rough tides.

Only the politician survived the accident that claimed the lives of 11 people.

A search-and-rescue operation mounted by local divers after the accident only led to the recovery of seven bodies.

Four bodies, including those of his two children and nephews, have never been found to date.

The Manda Bruno channel is known for its rough tides that require utmost navigation skills by those plying their boats in the area.

Countless people have lost their lives at the channel and many other killer channels in the Lamu waters. 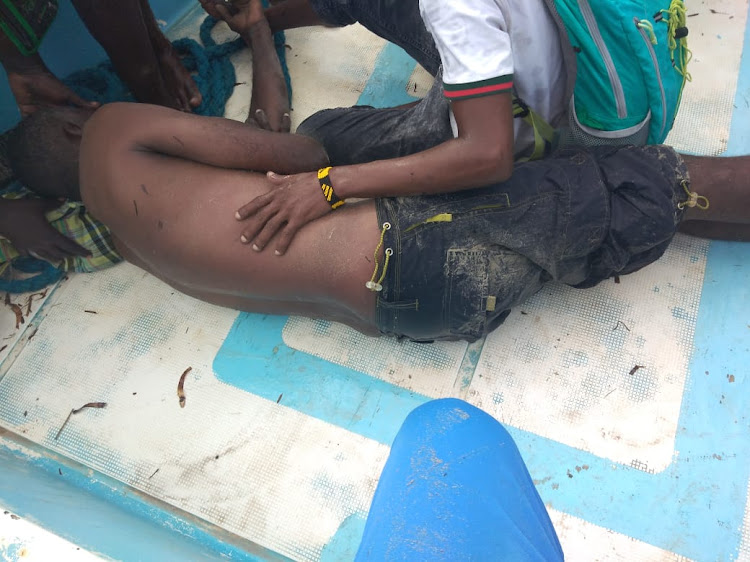 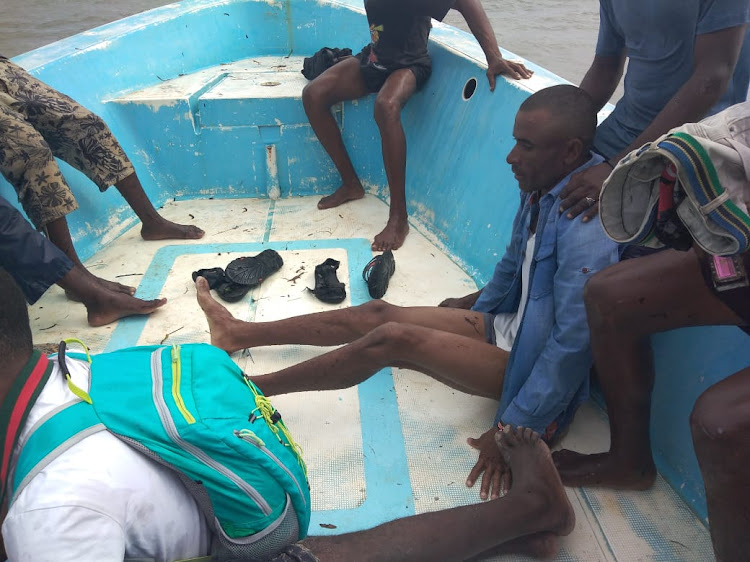 A relative who did not want to be named says the family is still affected by the fact that some of the bodies have never been recovered.

“The bodies of four young children are out there somewhere, rotting away,”she said.

"They should have made better effort to find them so we could bury them. It’s so painful each time I remember them and how old they would be right now. They loved school so much and they also enjoyed their grandmothers' cooking."

In October last year, Shafi Omar, 26, strolled to the beautiful beaches of Shella town in Lamu island for a swim but never made it back to shore.

Locals only found his clothes and other personal items on the shore before a search was mounted for him at the dangerous Shella channel.

His body was never found.

Shafi, who hailed from the Boni minority group, was among a handful from his community who had studied up to college and was just about to commence work.

His family says Shafi is irreplaceable but the thought that his body is out there gives them sleepless nights.

His uncle Omar Lali says he has had a hard time coping since Shafi’s death, and he believes that one day, his body will be found and accorded a decent burial.

“Even if we get the bones, it’s better than not being able to bury him at all. Our appeal is for the government not to give up on us. We need them to find him for us,” he said.

It is a recurring plea among the affected families.

“Closure is all we seek. It helps the soul and makes healing easier, knowing you buried someone than not even knowing if they will ever be found,” Lali said.

Curse of the chieftaincy in Lamu: Tale of drugs, horror and murder
by CHETI PRAXIDES
Big Read
25 January 2021 - 08:00