• It waited 60 years for legalisation, now has over 50,000 followers, including Ugandans 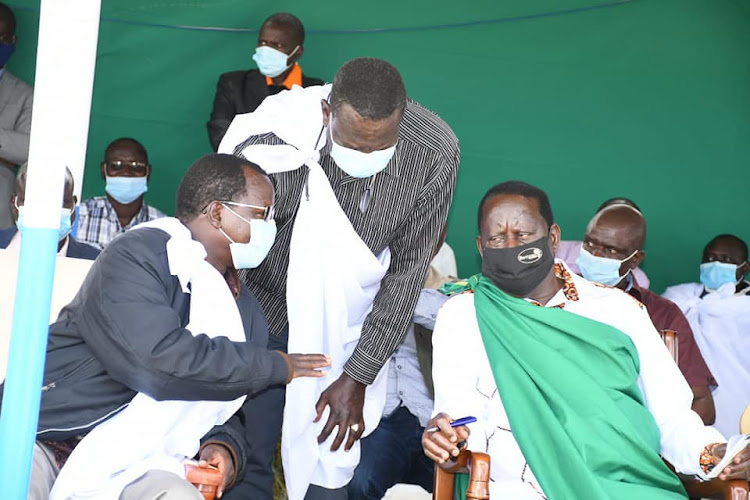 Every year on November 3, members of a little-known but influential church in West Pokot converge to thank God their church was recognised after decades of alienation.

Dini ya roho ya mafuta pole ya Africa — some call it a sect — has been in existence since the 1950s, when it was founded by Lukas Pkiech. However, it was sidelined by successive governments since it was believed to be anti-government.

The church was finally registered as a religious organisation in 2012. And now it boasts among its visitors Deputy President William Ruto, ODM leader Raila Odinga and Council of Governors chairman chairman Wycliffe Oparanya.

Ali Mari, a worshipper at the church, said politicians like to visit the church to seek blessings since they eventually succeed in getting the seats they are aspiring for.

“When they visit the church, the church leaders apply anointing oil on them and bless them, and when they leave here, they eventually succeed in their ambitions and dreams,” he said.

The clerics prayed for Raila and Ruto on various dates and asked for blessings for them from their God.

Local leaders had long pushed for the church's legalisation in vain until eight years ago. Following the pressure, the then Justice Minister Eugene Wamalwa handed over the certificate of registration to Apostle Aristi Kapel, the head of the church, in Tamugh, Kapenguria constituency.

The church headquarters is built between the hills of Tamugh and Sook. The organisational structure has three levels: the Jerusalem, which is the highest level, the Zion, which is the regional headquarters or diocese in charge of between 10-25 congregations/Bomas and the Boma, representing the individual congregation as the lowest unit.

The sect now has over 50,000 members in West Pokot, Baringo and parts of Uganda, where the church has spread.

We were worshiping secretly for over 50 years after Independence, and since we were awarded the certificate, we cannot stop thanking the Lord

Church follower Nathan Parkirori says every year, he cannot miss the celebration since it helps in nurturing his faith.

“I have travelled over 200km to attend this function. In our church calendar, this is a very important event,” he said.

“We were worshiping secretly for over 50 years after Independence, and since we were awarded the certificate, we cannot stop thanking the Lord.”

The celebrations are also used by the church to fundraise for various projects to help develop Jerusalem.

Various leaders from the county and nationwide have visited the church to seek blessings and make contributions to develop the region.

During his visit, Ruto thanked the church for encouraging the community to enrol in school. The county has high illiteracy levels.

“I want to thank this church for embracing education and encouraging their children to go school. It is only through education that we shall develop this county,” he said. 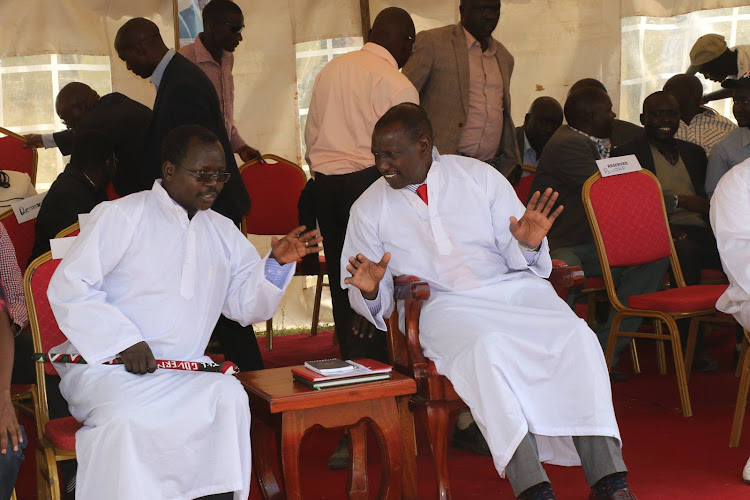 Bishop says any money or handouts given to the church was cleansed and sanctified.
Counties
1 year ago

Oparanya said the founders of the church fought for the independence of the county, and they should be recognised and thanked for the work they did.

Raila thanked the church for maintaining the African doctrine, despite restrictions from the colonial government.

“I want to thank Pkiech [the founder] for standing with the African faith. He was tortured, arrested, but he never gave up. He was determined to continue praying like our forefathers did,” he said.

Raila said the current freedom most Kenyans are enjoying is as a result of the strong faith and good vision our forefathers had for the country. 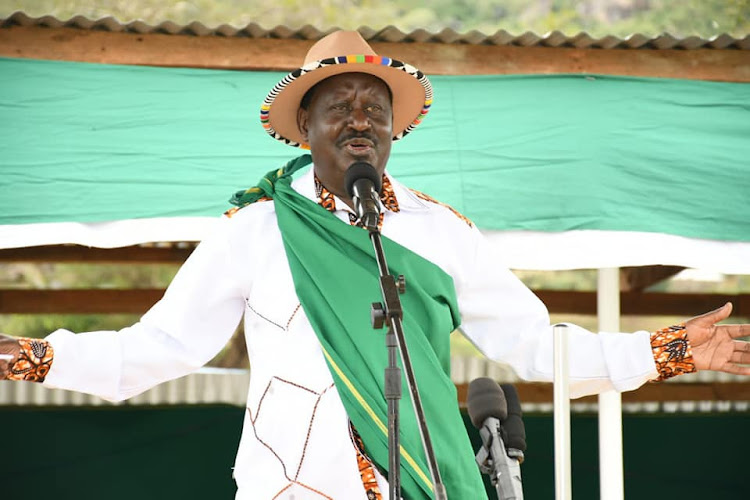 The Dini ya roho church was founded by Pokots who were against colonial rule by the Europeans.

Despite being regarded by many as a sect, its members have always insisted it is a church which follows the biblical story of Christianity.

Founder Pkiech was a strong political leader during the colonial time. He led the Pokot community against the European colonisation, which led to the famous Pokot resistance of the 1950s.

Pkiech said the Holy Spirit had renamed him Arususu and told him to start a church that would accommodate Africans to worship. 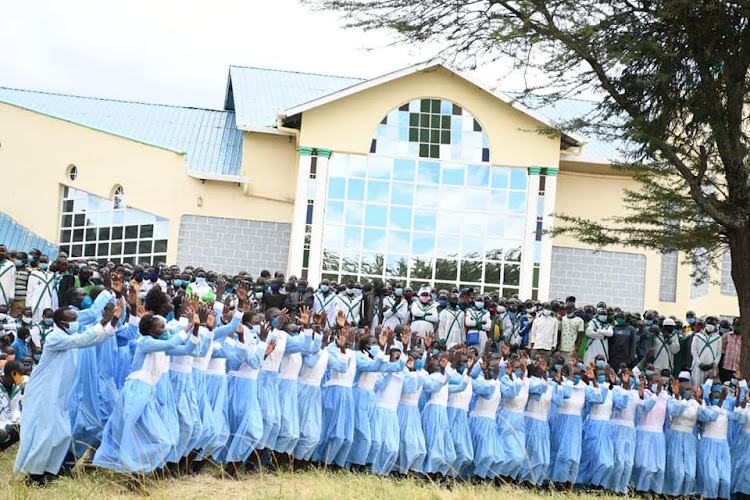 Pkiech used the opportunity to mobilise the Pokots to organise anti-government campaigns to fight the Europeans.

The resistance by Pkiech led to his death and that more than 1,000 Pokots in 1952 after they fought the colonialists in Kolowa.

After Independence, the group was declared a proscribed society and the members went underground.

Others carried on the vision of Lukas and assumed leadership, such as Rosti Lakuny, who fled Kolowa and continued with the church.

Despite many hardships and under the ever-watchful eye of suspicious authorities, Dini ya roho has since developed its fellowship, built local churches and established a leadership structure and administration. Rosti died in 1997, and the present leader is Aristi Kapel. 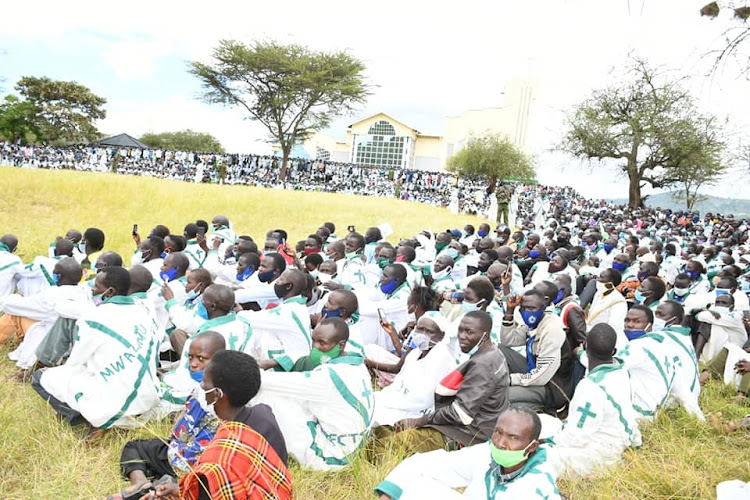 On the door, they have written the number 777, saying it is a recognition sign for the church as directed by the Holy Spirit.

Believers remove shoes while at the holy ground to show respect for their God, and they always wear white gowns during prayers.

The believers have dismissed those who call them a sect and think it is a primitive African church.

They say all they do is within the Bible teachings and, therefore, they should not be doubted.

Apostle Kapel, whom the Star interviewed in his office in Tamugh, said the group's doctrines are entrenched in the Bible and guided by the Holy Spirit.

He said the church highly supports good morals among members and doesn’t allow anything that is against the holy book.

Kapel said the church put up a monument in Kolowa, Baringo county, in remembrance of their founder Pkiech, who died there. Every year on April 24, the church visits Kolowa to mark his death. 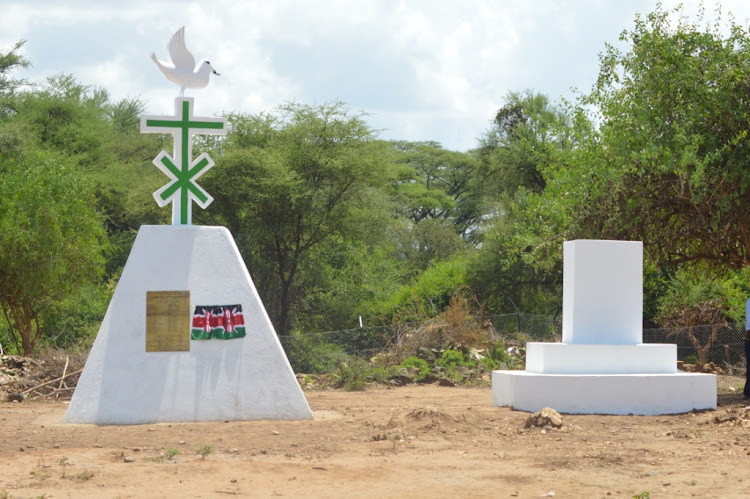 Politicians from the North Rift region threatened to sue the British government for historical injustices meted on followers of the church during the fight for Independence.

Kapenguria MP Samuel Moroto said they are engaging lawyers to file the case.

The leaders want the British to make amends with the church just as they did with the Mau Mau.

“We want those who suffered compensated by the British government,” he said.

Moroto said the church had a great historical significance to the Pokot community and cannot be overlooked by the government.

The Kapenguria legislator said the followers of the church were mistreated and tortured by the colonial government.

He said the leaders will also petition the Kenyan government to recognise the church as one of the contributors to Kenyan Independence that need to be appreciated.

They don't want money, just a community project
News
1 year ago
‘Handshake’ and Brexit through the prism of a wedding in England
by MARYANN CHAI Correspondent, West Pokot
Big Read
26 November 2020 - 05:00