Why pandemic is most rampant among blacks

Latinos and the American poor also hit hard by the coronavirus

• Black Americans account for more than a third of all cases, despite being the minority 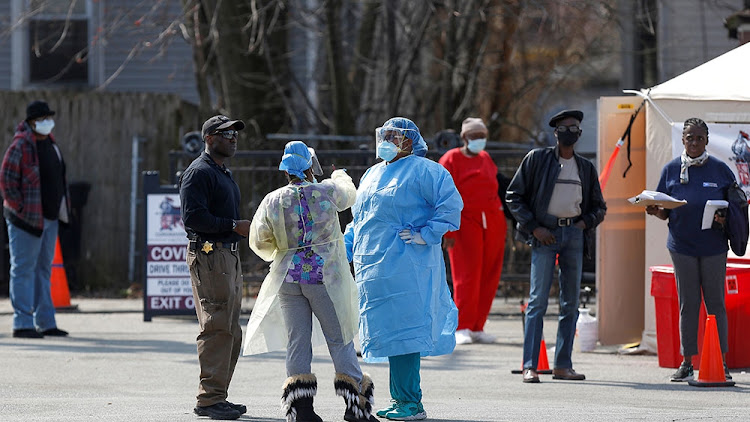 Research on social disparities by the US Institute of Medicine indicates that black, Latino and the American poor are more vulnerable to disease and death, and the Covid-19 pandemic would not be an exception.

Data available currently on race and the coronavirus effect is inconsistent with population samples and displays glaring disproportions to the real numbers of Covid-19 cases within black and Latino communities. Misinformation, inability to “social distance,” pre-existing conditions, poor diet and lack of access to sustainable health support systems are some of the factors raising coronavirus cases within these communities.

The first Covid-19 case in the US was confirmed in Washington State on January 20, in a 35-year-old man who had returned from Wuhan, China. A few days later, the World Health Organisation declared for the sixth time in history a global health emergency, with the US following suit by declaring a public health emergency on January 31.

Between January and March, many states enforced testing and by March 12, 47 states, had reported over 1,600 cases. Cities with the highest numbers of immigrants, such as New York, reported the highest numbers. It is at this point that President Donald Trump declared a national emergency On March 13.

Many companies closed their doors to business, including hotels, cafes, stores, and many “non-essential businesses”, where the blacks and Latinos work. States started enforcing “social distancing” and offered other public health-related directives, including the stay-at-home policy.

Among 580 hospitalised Covid-19 patients with race/ethnicity data, approximately 45 per cent were white, 33 per cent were black, and 8 per cent were Hispanic, suggesting that black populations might be disproportionately affected by Covid-19

The WHO and the  US Centres for Disease Control and Prevention (CDC) continued to provide useful data and guidance on prevention. However, they did not address the effect the pandemic would have on the most vulnerable communities, especially those at risk due to poverty and social-economic inequalities.

As the numbers rose, specific demographic data remained unclear. Misconceptions that black people were immune to the coronavirus started “trending” on social media, while disproportionate data amplified the myth; a factor that contributed to their delay in taking early precautions, notwithstanding that these communities live in highly populated areas, hence social distancing was already a challenge. The myth has since been demystified.

A CDC report dated April 8 states that, “… Among 580 hospitalised Covid-19 patients with race/ethnicity data, approximately 45 per cent were white, 33 per cent were black, and 8 per cent were Hispanic, suggesting that black populations might be disproportionately affected by Covid-19.” This report concludes that the potential impact of Covid-19 by race “…needs to be confirmed with additional data.”

Politicians, activists and researchers argue that social inequalities, including, poverty and lack of proper health facilities within these communities, is negatively affecting their lives and making them more susceptible to the coronavirus disease.

New York Governor Andrew Cuomo and Mayor Bill de Blasio last week expressed concerns the black and the Latino communities are the ones most affected by the pandemic. “These people I saw asking for help are not rich Americans,” Cuomo said in a television briefing, citing a photo of African Americans standing on a rooftop with placards written, “Please help us”. Mayor de Blasio referred to the disparity among Latinos and blacks as “sick”.

The Federal Government recently passed the Cares Act, a bill that will support all taxpayers and all those with a Social Security number financially. While all those present in the US can receive Covid-19 screening and treatment, non-documented immigrants and those who have overstayed their visas cannot obtain a Social Security number. These are the immigrants who work odd jobs, cleaning houses and babysitting, most of whom are now jobless. These are the people who may remain locked up in their apartments without an income or a meal.