• More than 600,000 Kenyans cannot hear properly and many more might go deaf 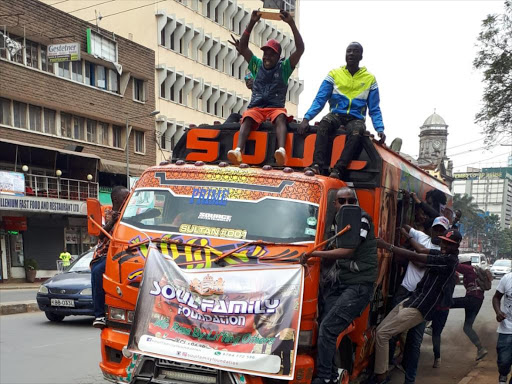 Impairment in hearing has risen in the past two decades, with data showing one in 10 people suffer from the problem.

Some 20 years ago, hearing problems were estimated to affect between five and eight people out of every 100 Kenyans, or less than one in every 10.

The world health body says 360 million people have disabling hearing loss globally, of whom 328 million are adults while 32 million are children.

Besides showing that deafness has increased, the latest survey also found out that 49 per cent of those with hearing impairment are men, while 51 per cent are female, indicating there are hardly gender differentials on the matter.

More than 600,000 Kenyans cannot hear properly, and many more might lose their sense of hearing due to extremely noise-polluted environments in their workplaces and in public transport vehicles that play loud music in spite of prohibitive laws.

There are only 75 ENT surgeons against more than 45 million Kenyans, well short of the WHO’s recommendation of at least a 1:50,000 ratio.

To ensure hearing loss is noticed as early as possible, all people should check their hearing from time to time, especially those who are at a higher risk of hearing loss.

They include people who often listen to loud music, work in noisy places and use medicines that are harmful to hearing, or who are above 60 years old.

Half the hearing loss cases can be prevented with early intervention. But this has been impracticable as Kenya is also faced with the shortage of specialists to diagnose ear problems.

Audiologists, whose speciality is to treat those with hearing loss and proactively prevent related damage, are only seven, while there is just one otologist – a specialist who deals with diseases, diagnosis and treatment of ear ailments. In fact, there is no training for ENT nurses or equipment technicians.

Known as "hearWHO", the free application for mobile devices allows people to check their hearing regularly and intervene early in case of hearing loss.

The app is targeted at those who are at risk of hearing loss or who already experience some of the symptoms related to hearing loss.

One of the few ear clinics in Kenya, IncusEar Hearing and ENT Centre on Ngong Road (see separate story), works with NHIF to provide hearing services, including hearing devices, to civil servants.

The Association for the Physically Disabled of Kenya encourages people with hearing impairment to come out and register at their offices so they can benefit from medical assistance, says representative Jemima Kutata.