Malindi is second home to Italians, who make up 70% of tourists there. But there are jitters after 24 cases of coronavirus were exported from Italy to 14 countries, leading to travel restrictions, cancelled trips

• As Italy reels from the virus, many are cancelling or postponing their visits to Malindi 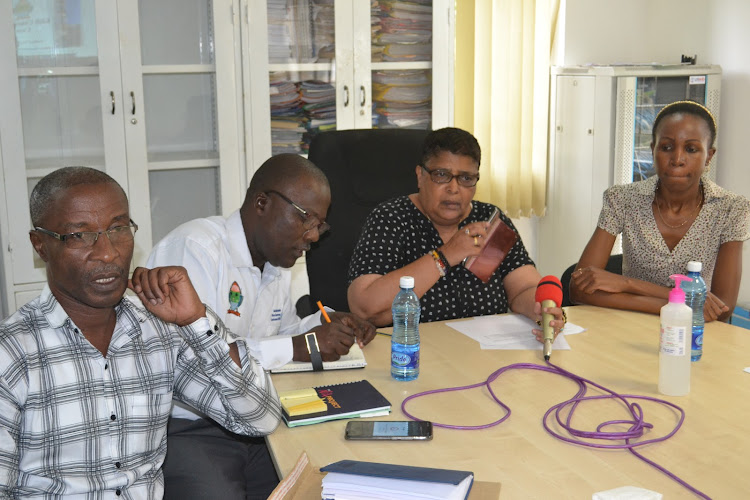 The go-to places for Italian tourists in Kenya, Malindi and Watamu in Kilifi county, are recording booming business. But tourism stakeholders are worried about the threat of coronavirus, which has hit Italy hard.

As of yesterday, some 3,120 people worldwide have died from the coronavirus outbreak since it was first reported in China. There are currently 90,933 confirmed cases in 76 countries and territories.

Italy's death toll has risen to 52, with 1,835 confirmed cases. As it emerges as one of the secondary hotspots alongside South Korea and Iran, it is being subjected to internal and external travel restrictions.

Some 70 per cent of the tourists who visit Malindi and Watamu are Italians, whose arrivals have declined over the years from a peak of 100,000 to 13,000 last year due to insecurity and terrorism.

Records show there are 15 hotels in Malindi and Watamu, which are still fully occupied with Italians. Further, there are about 4,000 Italian residents or long-time tourists in the resort towns. Their prevalence in Malindi earned the town the nickname 'Little Italy'.

This is after one case was reported in sub-Saharan Africa of an Italian working in Nigeria. Earlier, another Italian was found to have coronavirus in Algeria and was eventually deported. Senegal reported another case on Monday, of a French national.

However, despite being the most vulnerable due to weak health systems, Africa has reported much fewer cases than other continents.

"We feel the reports of coronavirus have been exaggerated," said one resort manager, Roberto Macri.

The suspension takes effect from March 3, 2020.
News
2 years ago

We shall get in touch with the Italian community through their consulate. Anybody who travelled in the last one week or so with symptoms of coronavirus will be quarantined

Tourism stakeholders in Kilifi fear losing clients, especially those from North of Italy, where residents are barred from travelling outside to contain the spread.

Already, some hoteliers have begun receiving cancellations and postponement of dates of travel from Italian tourists.

On the other hand, they hope some of the tourists who were scheduled to go to destinations that have been closed for fear of the coronavirus may opt to visit the renowned tourism destinations.

Freddie del Curatolo, spokesman of the Italian community in Kilifi county, said the tourism sector is recording good bookings in Malindi and Watamu.

"Nowadays, the tourist season in Malindi and Watamu is still good, and we expect to have Italian travellers up to Easter," he said.

"But some countries are already stopping Italians and closing air spaces, like Turkey, leaving home many Italians ready to fly with Turkish Airlines."

The airline is among the few used by many Italians to get to the resort towns via Mombasa.

However, he said they are worried because they fear the government might suspend flights from Italy or bar Italian citizens from visiting.

His fears materialised yesterday after the government suspended flights from North Italy, specifically Verona and Milan, to the Kenyan Coast, following the global coronavirus outbreak.

"We can see Kenya activate controls in Mombasa and Malindi, not only Nairobi, and we hope these measures will be enough to prevent any case due to Italian spread. Otherwise, to close the season early will mean problems for our activities and also for our hundreds of Kenyan employees," Curatolo said.

The spokesman said there are four charter flights that come from Milan and Rome to Mombasa, with almost 800 Italians per week, most flocking to Malindi and Watamu.

A spot check on some hotels in Malindi and Watamu found there is the normal flow of tourists, who were scheduled to tour from now to April. But investors feel anything could happen as the situation is worsening each day.

At the Seven Islands Resort in Watamu, officials said they have not been affected much, but there are clients who postponed their visit from March to October.

Seven Islands Resort general manager Roberto Macri said they had a booking of a group of 160 people, who decided to reschedule their visit.

"We are receiving cancellations because of the reports of coronavirus. We feel it has been exaggerated," he said.

Macri said in Italy, especially Milan, there is a curfew as the areas affected are locked down and people quarantined.

"What is amazing is that everybody wants to stay at home do shopping, but when there is football, over 60,000 people fill the stadiums to watch matches for over one hour,'' he said.

He said the 2020 edition of ITB Berlin (the world's largest tourism trade fair) was also cancelled for the first time ever due to the coronavirus, and it's like the world is heading to the Third World War.

Jacaranda Beach Resort general manager Daniele Tirito said as hoteliers, they are worried because daily, the news is about coronavirus.

He said just a few days ago, some countries closed their borders to Italians, and they fear the Kenyan government could do the same if the situation worsens, which will hurt business.

Among those that have shut out Italians are Seychelles, Mauritius, Cape Verde and Israel.

"I hope Kenya will not do that, but we do not know. Maybe day by day, the situation can change. Travellers fear going to an airport with people from different nationalities, and staying in the airline for hours," he said.

So far, people prefer to stay at home for fear of getting the disease, hoping the epidemic stops to reduce the panic among people.

Fears of the virus have sent the global economy reeling as shops and big businesses in affected areas have closed down.

Tirito said tour operators are trying to relocate their clients to other destinations after the others were closed, so they stand to get more tourists since they are open. 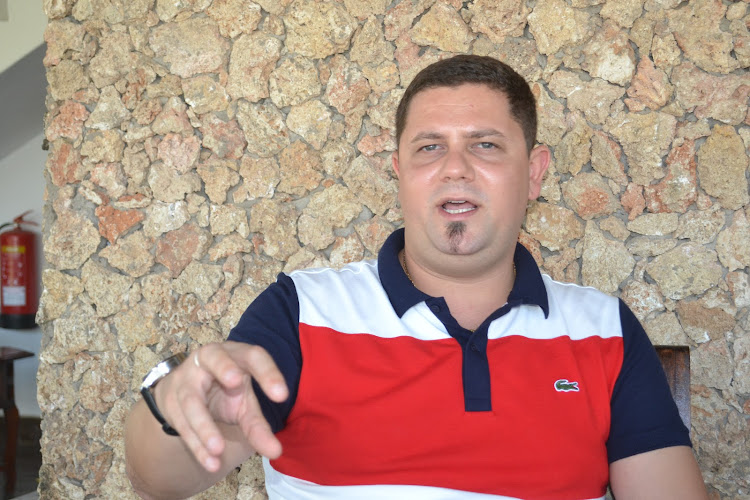 The government is ready and we are ready. When you go to a government hospital, they already have equipment that is used to test the coronavirus

As hoteliers, though, they have not had any incident to date reported in the hotels, she said. But they expect to see a drop in occupancy.

Awuor is also the chairperson of Kenya Hotel Keepers and Caterers Association North Coast region. She cautioned that things could get worse before they get better.

"We are going to see a decrease in that if there were people from affected regions who were supposed to travel to Malindi now or Watamu, they shall not be able to come," she said.

The GM said they expect to begin feeling the losses in the near future, like a week's time, when the impact of cancelled bookings becomes a reality.

However, she said they are satisfied with how the government through President Uhuru Kenyatta's announcement made plans for handling the deadly virus.

She said at airports, there are measures that have been made to ensure the safety of people.

"The government is ready and we are ready. When you go to a government hospital, they already have equipment that is used to test the coronavirus," she said.

Awuor said they have been told if one suspects anybody or themselves of having symptoms of the virus, they should visit a medical facility.

The Italian consulate in Malindi, Ivan Del Prette, told the Star they are following instructions from Kenya in regard to the coronavirus.

The government should be much more serious, especially in this place that relies mostly on the tourism sector. There are millions of shillings and hundreds of jobs at risk

Kilifi North MP Owen Baya said the government has not put in enough measures to combat the deadly virus.

He said all points of entry should be manned and equipped to handle the deadly virus to prevent it from reaching the country.

Baya said there are very many tourists coming to the resorts since it's the high season.

He said the tourists coming through Malindi Airport transit through many other airports, not just JKIA.

''You cannot put all the safety measures at JKIA and think you have stopped coronavirus. There are people who come by road into this country. What are we doing at the border in Tanzania when those Tanzanians are coming into this country?" he said.

Baya also questioned the measures taken on the people coming from Somalia through the sea. He said lack of interventions at the borders exposes the country to coronavirus.

"The government should be much more serious, especially in this place that relies mostly on the tourism sector. There are millions of shillings and hundreds of jobs at risk," he said.

The MP said the tourism sector is very fragile and easily threatened by things like coronavirus, which could lead to cancellations of all bookings and reservations, despite it still being the high tourism season in Malindi, Watamu and Mombasa.

He said the manner in which coronavirus is handled should be upscaled in coast region more than any other thing.

"What happened when the Chinese flight came in was an unfortunate incident. The whole world knew that Kenya had allowed a whole plane loaded with people from China to land in the country," he said.

The Kilifi Health department on Monday held a strategy meeting to plan safety measures, sensitise residents, maintain normalcy and ensure any case of coronavirus is detected.

Health executive Anisa Omar said they have organised training for the health care workers on how they will approach patients in case of a reported case.

"We are in contact with the ministry in Nairobi, which is providing 21 kits," she said.

The executive acknowledged Kilifi is popular with Italians but said there is no cause for alarm as they are taking no chances.

"We shall get in touch with the Italian community through their consulate. Anybody who travelled in the last one week or so with symptoms of coronavirus will be quarantined," she said.

Kenya has the highest risk in E Africa and sixth highest across the continent
News
2 years ago
by ALPHONCE GARI Correspondent, Coast Region
Big Read
04 March 2020 - 05:00