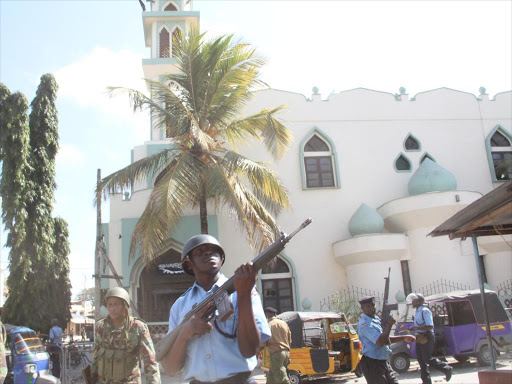 For most Kenyans, the names Majengo and Kisauni mean subcounties in Mombasa. But for residents of this Coastal county, their mention triggers fear, panic and memories of high-level crime and terror activities.

Majengo, located 5-10 minutes from the CBD, has risen from rusty Swahili houses to modern flats and lively businesses. It has a population of 40,241.

Several towns in Kenya have risen in a similar manner, from shanties to skyscrapers, but very few come close to Majengo’s reputation.

Inside Majengo is Masjid Musa. The area is the centre of terror stories penned by local and foreign crime journalists since 2012 after many attacks in the country.

Kisauni, located 20 minutes from the CBD, has a blend of the indigenous Muslim community, local Mijikendas and those from upcountry, with a population of 117,889.

The Kisauni neighbourhood has been home to a medley of hardcore criminals, knife-wielding gangs, narcotics cartels and terrorists.

Many terror suspects, some who have been killed and others alive, have been linked with these two neighbourhoods.

The UN Security Council noted Rogo was ‘the main ideological leader of Al Hijra, formerly known as the Muslim Youth Centre’. MYC is an al Shabaab affiliate based in Kenya.

The council noted that Rogo used to exert influence over extremist groups in East Africa and was offering guidance on how Kenyan recruits joining al Shabaab can travel from Mombasa to al Shabaab strongholds in Somalia.

Before his death near Pirates Beach on August 27, 2012, Rogo was part of a terror cell that was plotting to bomb Kenyan targets over Christmas, according to police.

It is believed that during his time, Rogo successfully radicalised many youths who later crossed to Somalia for training on terror activities.

Many schoolboys from Majengo dropped out of school and engaged in drugs while following closely teaching of their ‘mentor’. Rogo and other hardline Muslim clerics accused of supporting al Shabaab were periodically eliminated.

Masjid Swafaa is along Old Malindi Road, where police recovered petrol bombs, a hand grenade, six bullets and a flag after a raid in November 2014.

In the recent dusitD2 terror attack in Nairobi, the suicide bomber was traced to Mombasa.

Mahir Khalid Riziki, a 25-year-old al Shabaab operative, was born and brought up and was living at a flat in Majengo.

On January 30, Mombasa county commissioner Evans Achoki directed landlords and agents to collect a database with names, telephone numbers and places of work of tenants in Majengo.

Police said Riziki met his recruiter while attending prayers at Masjid Musa. He was a close associate of Ismail Shosi, who was shot dead in Kisauni on September 27, 2016, in Mwandoni, Kisauni.

Intelligence police said Soshi had links with Fazul Abdullah Mohammed, alias Harun Fazul, an al Qaeda operative who was killed in Somalia in 2011 and was a member of Jaysh Ayman militant group in Boni Forest, Lamu county.

Before his death, a Soshi-led squad led a series of killings targeting police officers, intelligence officers and tourists in Mombasa.

He had escaped numerous police dragnets by shifting residence in Majengo and Kisauni.

The flat where dusitD2 terror attack suicide bomber used to live and where his father was arrested by ATPU in Kisauni Mwandoni on January 19, 2019. /ANDREW KASUKU

Kisauni OCPD Richard Ngatia told the press Soshi was killed in the house of Fatuma Mohamed Masuo, the widow of Kassim Omolo, who police described as an al Shabaab trainer, a bomb expert and an accomplice of British terror suspect Jermaine Grant and Fazul.

Police recovered two hand grenades, a pistol, an AK-47 rifle loaded with 212 bullets, and chemicals for manufacturing explosives in the house.

Police sources said he moved into the building two months before his death from Bakarani estate in Kisauni district, where British terror suspects Jermaine Grant and Samantha Lewthwaite previously stayed.

DusitD2 bomber Riziki’s wife Sahaila Bakari Mwinyi, who was arrested by anti-terror sleuths after the Nairobi attack and later released, lives in Bakarani.

The Star could not independently identify her house in Bakarani, but police sources said she lives in a house close to where Soshi was gunned down.

The house is sandwiched between a camouflage of Swahili architecture rental houses, 50m from a football pitch.

From the goalpost, you can see a one-flat near the opposite goalpost, where Lewthwaite (alias White Widow, one of the Western world's most wanted terrorism suspects) took refuge in December 2011.

She escaped a police dragnet after being sought for having explosives and for her links to the September 2013 Westgate terror attack that left more than 60 people died.

Although reports say she shared an apartment with Grant, other reports say Grant’s house was located approximately 400m away.

Grant is serving a nine-year sentence at Shimo La Tewa Prison after being accused of having explosive materials and forging documents.

Majengo and Kisauni mosques are now reforming in a bid to drop the ‘terror tag’, and several attacks targeting highly populated areas have been foiled in the recent past in Mombasa.

Anti-radicalisation stakeholders have claimed victory over the menace, but if links of terror suspects in the recent dusitD2 attack with Majengo and Kisauni are anything to go by, these two areas could be still harbouring terrorists.