How capital wound up with slums next to skyscrapers 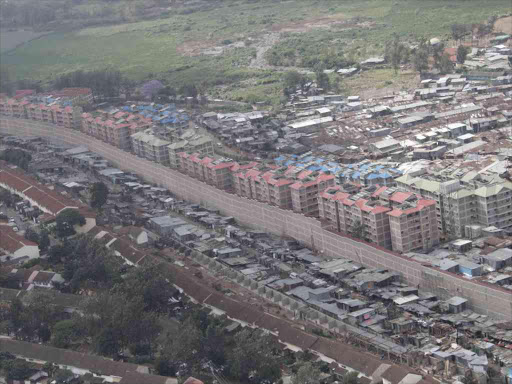 Nairobi, the country's capital and largest city, epitomises the contrast between the haves and the have-nots. It is one of the many cities in Africa experiencing exponential growth in population in recent years. It currently has slightly over 4 million people, up from 3.1 million captured in the 2009 census.

The rising numbers greatly impacted housing provision, with the sector characterised by an ever-increasing demand against low supply of housing units. While skyscrapers emerged for the middle class, low-income earners were pushed into informal settlements because of skyrocketing rent charges.

Much of the city’s rapid growth took place without any definite urban development framework. In addition, there was rudimentary enforcement of building standards and accompanying infrastructure.

One unfortunate consequence of this complex housing production and settlement has been the construction of houses on wetlands and riparian land. In most cases, these have caved in, killing tens of inhabitants.

But in general terms, there has been a blend of housing models, ranging from high-rise and tenement developments to informal settlements. These developments are manifested in unplanned city growth, depicting urban sprawl, congestion and property development in excess of the carrying capacity of available infrastructure.

More importantly, the housing policies and governance structures have and continue to shape housing production and service provision, be it in the bright or dark side. But the past years have witnessed implementation of various efforts and strategies to improve the housing situation in Nairobi and the country at large.

For instance, the period 1930s-60s was characterised by state investments in public housing to the government working population, as the colonial government restricted urban population to comprise of the city’s workforce only.

Soon after Kenya’s independence in 1964, investment in public housing diminished due to the dwindling state resources, coupled with a fast-growing population that was favoured by the lift of the colonial ban of rural-urban migration.

This era opened the scene for private sector involvement in housing supply. However, the private sector motivation for profit and higher returns left many of the low-income population without proper housing, resulting in informal settlement developments at very rapid rates.

The state viewed these informal settlements as an eyesore to the city’s development prospects.

As such, the 1970-90s witnessed mass evictions of squatters and clearance of slums, which were adopted as strategies to clean the city.

The evictions were carried out concomitantly with implementation of other housing strategies, such as the site-and-service schemes in the 1980s with assistance from international financiers.

Consequently, the state supported a number of slum upgrading programmes to help resolve the urban poor’s housing, which was the most underperforming compared to the middle and high-income housing.

Alongside the housing programmes, the country’s housing policy and constitutional rights have undergone reformulations, with the current policies emphasising every citizen’s right to adequate housing.

Even with this explicit constitutional provision, the housing market significantly operates at the margins of the law, with most of the housing informally produced.

It is against this backdrop that the Nairobi county government plans to put up decent units within the informal settlements, as part of an ambitious plan to uplift the living conditions of the country's bottom-level economic class.

Post a comment
WATCH: The latest videos from the Star
by By JAMES MBAKA @onchirimbaka
Big Read
10 December 2018 - 00:30
Read The E-Paper