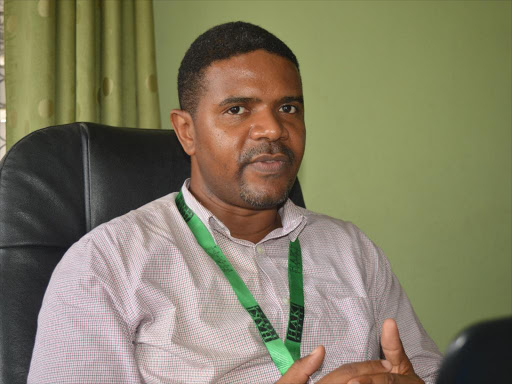 Lured by the promise of lucrative jobs and a chance to escape unemployment in Kenya, hundreds of thousands of youth are believed to be employed in the Middle East, sending the much-needed dollars and dirham back to their families in Kenya.

Many Kenyan youth are said to be working in the United Arab Emirates, Saudi Arabia, Qatar, Lebanon and other Middle East countries.

But all that glitters is not gold, because thousands of Kenyans working in these countries, especially women working as house helps, are being mistreated and others killed in mysterious ways.

In September 2014, the Kenyan government banned its citizens from seeking domestic work in Middle East countries and revoked the licences of 930 recruitment agencies after reports of abuses increased.

In March last year, however, the same government lifted the blanket ban on the exportation of labour to countries such as Saudi Arabia, Jordan and Kuwait.

The government, through the Labour ministry, said Kenyans with professional qualifications, such as accounting, hotel management and secretarial, can freely work in the Gulf states, provided they apply through properly vetted recruitment agencies.

The ban on domestic workers, however, remained in place.

However, unscrupulous businessmen have now seen an opportunity to exploit unsuspecting youth, who have done professional courses in Kenya and yearn to work in the Gulf countries.

Several families at the coast have been conned of hundreds of thousands of shillings after they were duped that they can be helped secure visas and employment in the United Arab Emirates.

Fatma Saidi’s family, for instance, lost Sh335,000 while looking for Dubai visas for their three family members after they were promised jobs in the UEA.

Fatma said his cousin Abdulrahman Abdhalla and two brothers-in-law Farjalla Wahidi and Swallah Wahid were conned by one Peter Mwaniki.

Speaking to the Star at the Haki Africa offices, Fatma said they met with Mwaniki through another relative.

He showed them a visa document that had been processed by Mwaniki.

“My cousin got interested. Mwaniki told us that we will need Sh125,000 to process a visa for him. We paid Sh50,000 and he brought us the document after we promised to pay the remaining balance in a month,” she said.

“We started paying him on February 14 and finished the last installment on March 7.”

She said Mwaniki had also promised to secure a job for his cousin and make travel arrangements using the Sh125,000 paid in full.

Fatma said Mwaniki had informed them that a company by the name Marshal Prince and Steve Security LLC in Dubai was looking for employees, and he promised to connect them.

“We searched for the company’s name on the Internet and we found it. We believed him and hurriedly looked for the remaining balance,” she said.

Her two brothers-in-law also became interested and paid Sh125,000 each for the visa and travel arrangements to Dubai for the employment opportunity.

They were supposed to be paid Sh57,000 per month after getting employed.

They had to borrow the money from relatives.

Their father, who is suffering from diabetes, sacrificed his medical funds to have his sons travel and secure employment in Dubai.

They did not foresee the tragedy that was forthcoming, Fatma said.

“He had promised us that the journey will be on March 5 when we paid the first installment, but he later pushed the travelling date to March 18 and later to March 28 as days passed by,” Fatma said.

They became suspicious of Mwaniki’s behaviour and decided to send the sample of the visas to one of their friend, who is in Dubai, through WhatsApp to confirm if they were genuine.

“He first told us that Marshal Price company conned him of 1,000 dirham,” Fatma said.

On checking with the Dubai immigration offices, the visas were found to be fake.

Their relative in Dubai was detained by the immigration officers for interrogation over the fake visas for some hours.

“According to him, the UAE immigration officers complained that they were getting very many fake visas from Africa and they wanted to know the source,” Fatma said.

On March 25, Fatma’s family decided to ambush Mwaniki at his residence in Kiembeni Estate. They found him with packed bags and ready to disappear.

“We called in the police and he was arrested. He was charged at Shanzu Law courts and released on Sh300,000 bond,” Fatma said.

The case is still ongoing, she said.

Haki Africa, a coast-based human rights organisation, says it is currently dealing with over 50 cases of fraud relating to issuing of fake visas to Kenyans.

She said they have lobbied for travel agencies to be closed, but some unscrupulous agents are still operating in the dark.

“These agents have been conning unsuspecting individuals by either giving them fake visas or fake promises that there are job opportunities in Dubai,” Hemed said.

She urged the national government to conduct thorough investigations on travel agencies.

“Many Kenyans are losing their hard-earned monies to these agents. We want action to be taken against any person found to be engaging in this business,” she said.

“We are concerned that every other day, due to lack of seriousness, particularly at the Labour ministry, Kenyans have continued to suffer in the hands of unscrupulous agents and as migrant workers in the Gulf,” Khalid said.

He said the Foreign Affairs ministry should put strict measures to curb the problem facing immigrant workers in the Middle East.

“We need to have laws in place that will guarantee the safety of Kenyan migrant workers anywhere in the world. We are working with the Mvita MP Abdulswamad Nassir to draft the Migrant Workers Bill that will be tabled in Parliament soon,” Khalid said.

He said the demand for the skills, hard work and honesty of Kenyans has enabled many of them find jobs abroad.

“Majority have had a positive experience and help send home remittances that are a major part of our economy. But I would like to say, we are well aware, as a government, these workers’ rights are sometimes abused when working abroad,” Uhuru said.

The head of state said there have been distressing incidents whereby Kenyan workers have been exploited and abused.

“To protect this category of workers, my administration has streamlined the registration and management of foreign employment agencies. I strongly urge every Kenyan going abroad to use the approved agencies,” the President said.

“You should also make sure you register at the Kenyan embassy serving the foreign country you are in. My administration will continue making it a key foreign policy goal to ensure your venturing abroad to earn a living is as safe as possible.”