From a vegetable seller to a corporate millionaire 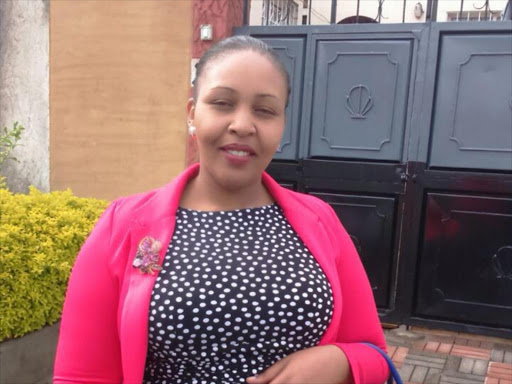 A multimillionaire businesswoman who started hawking cakes at a tender age has narrated how she rose from a Sh500 vegetable business to become a manager of three companies.

Christine Chege is the manager of insurance, real estate and business consultancy companies worth more than Sh500 million.

At only 30 years of age, Christine is already a lawyer but not practising, a manager, a mother of three, a wife and a mentor.

She was mentored by her father, a farmer who encouraged her to join business. She has never been employed but she has employed many people.

At 22, Christine bought her first car, a pick-up, with the little money she was earning from selling vegetables, milk and meat, which used to come from Githurai.

She paid her own school fees to pursue law but later realised she needed to do business rather than law.

She now uses her law skills and knowledge in her businesses. “I could hawk vegetables while my other colleagues were busy studying. It was not that easy,” Christine said.

She said from Marikiti to Gikomba, there is no place she has never sold her products. She encourages women to work hard and be prayerful because life requires determination and patience.

“I remember at times when my friends used to ask, ‘Are you not the one we saw at Gikomba during the day,’” Christine said.

She is the last born in a family of five brought up in Nakuru. Christine said she started hawking at Marikiti and Gikomba markets, where she could get a profit of Sh300-Sh500 a day.

“By then that was a lot of money for me because I knew what I wanted and I never wanted to give up,” Christine said.

She added that her secret to success is prayers and reading a lot of motivational books. Christine has just finished reading a book by Rhonda Byre titled The Secret.

“My father is my mentor because he is very hard working, and also one person who listens to what others have to say, he has always been my adviser and partner,” Christine said.

She said her father taught her about land subdivision. In 2005, she joined the University of Nairobi to pursue law but she was still doing business.

“During the day when my colleagues were learning, I was busy in the market selling chicken, meat, milk and vegetables,” Christine said. Her business grew until she was able to buy the pick-up.

“My sister, who was by then employed by an insurance company, introduced me to the insurance business,” she said.

Christine got an insurance agent and started selling Insurance cards. The first six months she earned nothing, but later she started getting some profits.

In 2010, she got her second baby, and by this time her husband had already introduced her to another company that used to hire cars. Later, she joined insurance consultancy.

Christine says she has donated many goods to children’s homes because she believes in giving. According to her, the more you give the more you receive.

Her advice to other entrepreneurs is that if you are starting small, it is good to be consistent, resilient, put God first and give as you receive.

“A business is a business and male dominance does not exist when it comes to business, it is your strategy that matters,” she said

She said her bigger challenge is finance and accessing the best professional advisers and the right human resources.

“Sexual harassment is also a big challenge to women in business because a male client will sometimes go ahead and demand sexual advances,” she added.

She added that other challenges include bringing up children because she cannot travel much, and also at times when one does not have a good housewife.

“My husband has also been extremely supportive and my other employees because you can only get ideas from other people,” she said.

She now thinks of venturing into hotel business. Some her businesses include Imani Homes, which are controlled developments

in Nakuru, where she purchased 40 acres this year.

Christine is also a manager at Beyond Africa Training Company. She said she holds meetings everyday with her employees to discuss the ups and downs of the businesses.

Post a comment
WATCH: The latest videos from the Star
by CAROLYNE KUBWA @carolynekubwa
Big Read
10 April 2017 - 01:00
Read The E-Paper