No hanging since 1987: Is death penalty still relevant? 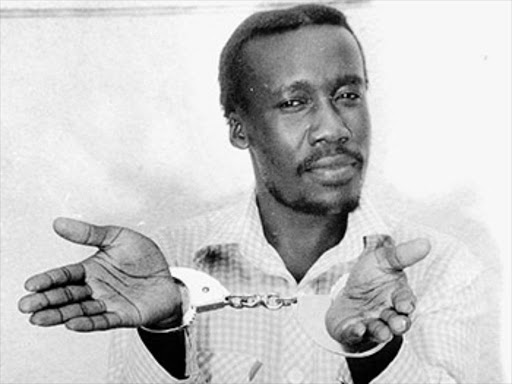 As the state collects Kenyans’ views on the death penalty and life imprisonment, the fact that no one has been executed since 1987, capital offences are increasing and prisons are congested, raises more questions than answers. Should the two punishments be abolished and replaced with alternative punishments that are lesser but equally deterrent? Should what constitutes capital crimes be redefined to include the corruption offences plaguing the country?

While lawyers say the right to life is inalienable, some members of the public say capital punishment should be retained for serial killers, terrorists and sexual offenders. The public’s views, collected since June by the Power of Mercy Advisory Committee (Pomac), will inform a policy on restructuring the country’s correctional system.

There are about 3,000 inmates on death sentence and life imprisonment in various maximum correctional facilities. Currently, only murder, robbery with violence, some military offences, treason and oathing for crime by proscribed groups, including terrorist groups, are classified as capital offences. They are punishable by death or life imprisonment upon conviction.

Some sexual and drug trafficking offences attract the two forms of capital punishment, although they are not listed as capital offences in the penal code. During debates, some people said corruption offences should be classified among capital crimes that should attract capital punishment.

“The last time a death row convict was executed was 1987, but judges and magistrates still hang convicts because legally, death sentence is the only punishment prescribed by the law for convicts of such offences,” Pomac vice chairperson Regina Boisabi said at Nairobi West Prison. “Some of them have been pardoned and released by the President after our recommendations, but the number changes every day, depending on outcomes of judgments and rulings delivered on appeals on daily basis,” she said.

Pomac, chaired by Attorney General Githu Muigai, has held public debates in 19 counties and intends to visit the rest in six months. It is also using the meetings to get public opinion on the legal, political and administrative measures necessary to manage capital offenders and administer capital punishment. Participants include the National Crime Research Centre, prisons and human rights defenders.

Makau Masila, an inmate serving a seven-year jail term in Nairobi West Prison, said after 15 to 25 years in jail, a death row convict or prisoner on life sentence should be set free, depending on post-conviction behaviour. He said there are inmates serving capital punishment who get reformed and fully rehabilitated and should be given an opportunity and set released to serve as an example that hardcore criminals can reform.

Criminal, constitutional and human rights lawyers agree that the criminal justice system should drop the two forms of capital punishment and seek alternative correctional measures. They say the death sentence violates the constitution and both punishments have not reduced capital offences.

He said judges and magistrates should be cognisant of the inconsistency of the penal code, which he said provides for death sentence, while the supreme law protects the right to life. “Life is sacred and the right to life is protected by the constitution. The question is: does the government have the authority to take away someone’s life?” Macharia asked. He said this has significantly contributed to congestion of prisons.

Prominent criminal lawyer Cliff Ombeta said the death penalty is unreasonable and has not served the purposes it was intended for. He said some death row convicts reform after their stay in prisons. The lawyer said stakeholders should agree on the length capital offenders should stay in jails before being released, depending on their conduct after conviction.

“The death sentence and life imprisonment were thought to be able to decimate the capital crimes of murder and robbery with violence. But murder cases are on the rise. The punishments are not useful and should be abolished,” Ombeta said. “But they have to stay with the hangman’s noose hovering above them like the Sword of Damocles for the rest of their lives,” he said.

Ombeta said the two sentences are irrational and inconsiderate of age of the the convicts and other factors that should be considered during the sentencing. “When two people, one 20 years old and the other 75, are handed the life sentence or death penalty, probably one will live in jail for 50 or 60 years, while the other could even die after one year,” Ombeta said.

But proposals to drop the two sentences have been opposed, with some people supporting eternal incarceration of convicts, especially serial killers, terrorists and sexual offenders, mainly those convicted of defiling minors.

“It is very hard to trust a paedophile or a person who killed. It is even traumatising for one to see the person who killed their kin walk around freely,” South B resident Ruth Njaraba said. “They should be locked up forever for their safety and that of people around them.”

Mwikya Ndune, a resident of Endui, Waita division, Mwingi Central, opposed the release of capital offenders, saying the risks of freeing them are fatal. He cited ex-convict John Musyoka, alias Karunyu, who led a gang of around seven in murdering 12 people from three families in the village on July 4, 2013.

“If Karunyu was held in jail, the tragedy would have been avoided. The government betrayed us by setting free a dangerous hardcore convict,” she said.

Psychiatrist Frank Njenga supported calls for capital punishment to be abolished. He said said experts should be involved to assess the level of reform achieved by a convict in consultation with prison officials. The experts would help re-integrate

the convicts with the community to ensure they don’t meet hostility after their release from prison.

Njenga said the recommendations of prisons should be considered in determining whether a capital offender is reformed enough to be set free. “There is no guarantee on whether the offender can’t repeat the offence, but for instance, if the circumstances under which the offender committed the offence are no longer there, there is no likelihood of repeating the crime once released,” he said.

‘Defiant’ Ochuka the last man to face the hangman’s noose

Ochuka had earlier made history for ruling Kenya for six hours on August 1, 1982, after planning and executing the infamous coup against retired President Daniel Moi, for which he was sentenced to death.

Retired hangman Michael Kirugumi, who killed Ochuka, said, in an interview with the media in 2004 that Ochuka met death with “composure and defiance”. Ochuka had been handed the extreme penalty after he was convicted of treason, the gravest military offence.

Since then, many capital offenders have been sentenced to face the hangman but none has been executed. The country has about 3,000 inmates on death row and life imprisonment. Some of them have, however, been set free after recommendations by the Power of Mercy Advisory Committee.

Among them is 72-year-old James Mureithi, who was set free by President Uhuru Kenyatta on October last year after 41 years behind bars, and 68-year-old Teresia Wanjiku, who had been sentenced for life and was serving her 24th year in prison.

As prisons undergo renovations, convicts sentenced to death or life in prison move from one maximum detention facility to another for the rest of their lives, unless they get the presidential pardon.

But a debate ignited by the government to seek public views on the essence of having the punishment subjected to capital offenders could see the death penalty abolished and life imprisonment reviewed to set specific time convicts should stay in jails.

“The debate on the death sentence is ongoing worldwide and the government wants to know how citizens would wish the capital offenders be handled,” Pomac vice chairperson Regina Boisabi said.

The committee is holding public debates over the matter, trying to find out what constitutes the capital offence and how they should be punished, and some Kenyans have recommended corruption offences be listed among the capital offences.

Legal experts have pointed out an inconsistency between the penal code and the constitution, which creates an environment of confusion in criminal justice system.

The penal code prescribes death sentence as the only punishment upon conviction for a number of certain offences classified among capital offences.

And the constitution explicitly states that the right to life is a fundamental right that can’t be taken away for any reason.

It says, in Article 26 (1), that every person has the right to life. That right to life is entitled to everyone, including convicts of capital offences, which attract the death penalty.

Trial magistrates and judges, though binded and guided by the constitution, have no option other than to sentence convicts to death, although the sentence is unconstitutional.

Lawyer John Macharia says the penal code should have been amended after promulgation of the current constitution. The death penalty should have been repealed to be consistent with the supreme law.

“The constitution is the supreme law and any law that contravenes it is null and void,” Macharia says.

Lawyer Cliff Ombeta agrees, saying that the repealing of some sections of the penal code to submit to the constitution is long overdue.