• The Collective Against Immunity and Stigmatisation of Communities said there had been many cases of kidnapping followed by summary executions. 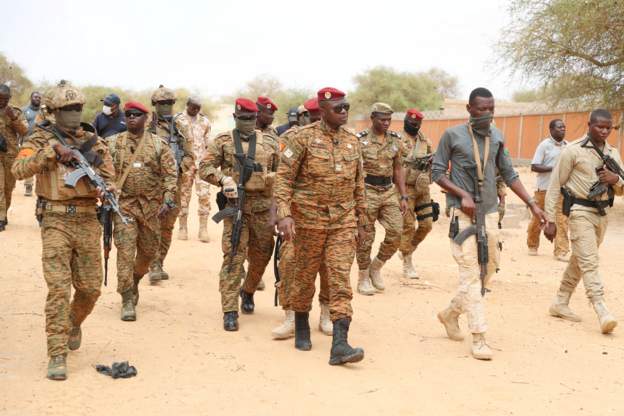 Rights groups in Burkina Faso have accused the army of killing more than 40 people in the north of the country.

The Collective Against Immunity and Stigmatisation of Communities said there had been many cases of kidnapping followed by summary executions.

It said the victims' bodies had been found on the road between Taffogo and Bouroum blindfolded with their hands tied.

Another rights group, the Observatory of Human Dignity, said most of the victims were Fulani - a mainly Muslim ethnic group of semi-nomadic herders.

The incident is said to have taken place early this month in the village of Taffogo in Tougouri.

Burkina Faso's army has been fighting an insurgency of groups suspected to have links with al-Qaeda or the Islamic State group, that has claimed more than 2,000 lives and forced some 1.9 million people to leave their homes.

China and Turkey are likely to be among these nations, as they have not imposed sanctions against Russia.
News
3 months ago

In a letter to Kim Jong un, Putin said the move would be in both countries' interests.
News
3 months ago

The slow count is making Kenyans increasingly tense.
News
3 months ago
WATCH: The latest news from around the World
Post a comment
WATCH: The latest videos from the Star
by BBC NEWS None
Africa
15 August 2022 - 09:39
Read The E-Paper