Could cross-dressing be banned in Nigeria?

•In 2014, then-President Goodluck Jonathan signed the SSMPA into law. 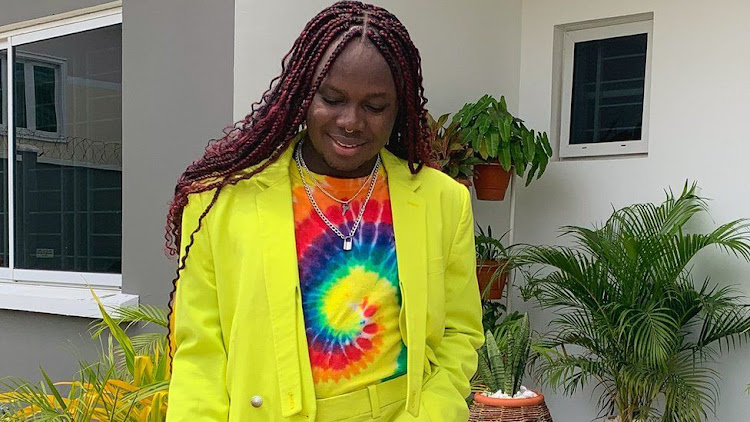 Fola Francis says she has received death threats since coming out as a trans woman
Image: BBC

Trans women and men and non-binary people in Nigeria are nervously eyeing a parliamentary proposal that seeks to criminalise cross-dressing.

It aims to amend the Same-Sex Marriage (Prohibition) Act (SSMPA) and defines cross-dressing as the "practice of wearing clothes usually worn by a person of the opposite sex".

It may not make it to the statute books, but it has highlighted the oppression that the LGBTQ+ community in Nigeria has felt for years.

In 2014, then-President Goodluck Jonathan signed the SSMPA into law.

It forbids same-sex partners living together or any "public show of same-sex amorous relationship" among other measures, which essentially criminalises Nigeria's gay community.

When the SSMPA was discussed nearly a decade ago, the lawmakers said they were simply reflecting the prevailing values of Nigerian society.

"We are protecting humanity and family values. In fact, we are protecting civilisation in its entirety," one of the backers of the law, Senator Ahmed Lawan, said at the time.

"The cross-dressing bill is a very dangerous bill that is going to affect so many trans and non-binary people."

Even in the current climate, without any new law, she said she had not been able to live in her apartment for several months "because I got death threats from my neighbours due to them finding out I'm a trans woman on social media when my videos went viral".

She is now sheltering with friends in another part of the country.

"I get death threats all the time through comments and DMs." 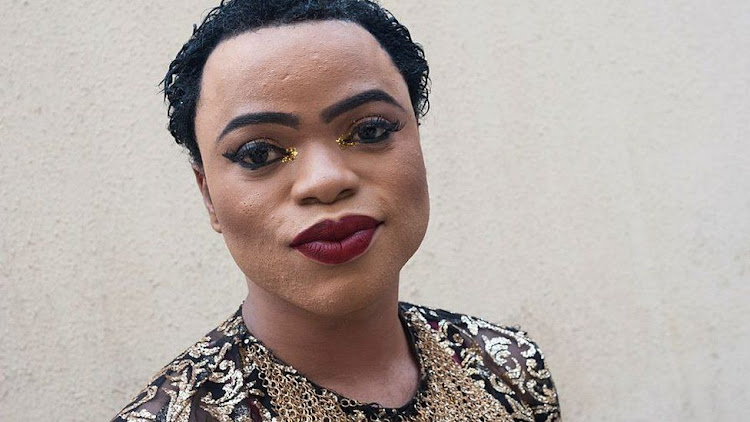 Bobrisky, seen here in 2016, made fun of the anti-cross-dressing proposal
Image: BBC

Bobrisky - probably Nigeria's most high-profile cross-dressing personality, with 4.5 million followers on Instagram - mocked the efforts to change the law by sarcastically tweeting that it would help solve the country's security problems and power shortages, as well as improve Nigeria's reputation abroad and reduce inflation.

Famous drag queen James Brown highlighted the exemption the proposed law would give to entertainers, goading the amendment's supporters.

"Do your research before you come for me. My job is to entertain… Don't underestimate the power that I carry. Ask my fans," she posted on Instagram.

National Assembly member Muda Lawal Ulnar is behind the proposed amendment. He has not explained his motivation, which may only come out when the bill goes for its second reading.

But a comment on a legal affairs website from a supporter of the amendment indicates the logic.

Lawyer Manfred Ekpe said the National Assembly should be allowed to set standards for a "morally upright society".

As well as citing verses from the Bible and the Quran, Mr Ekpe argued that cross-dressing eroded the moral standards of young people and children.

"There is nothing wrong in making law to prohibit conduct likely to lead to the promotion of offensive conduct or commission of an offence such as homosexuality," he wrote.

There is clearly the feeling that a man wearing women's clothes or vice-versa would somehow encourage people to have a same-sex relationship.

Nigeria is generally a conservative society and people who step outside the norms can be targeted.

A recently shared tweet embedded a video showing a man who, it said, was reeling from an attack because he had been wearing women's clothes.

This kind of treatment comes as no surprise to designer Lolu Vangei "Jordyn", who is a 23-year-old trans man. He has been assaulted in public.

"Even before the bill, I had already started getting loads of transphobia," he told the BBC.

"I went to the market one day with my binders on [which can be used to flatten the chest], and some man just touched my chest area to feel it. I interrogated him for doing that, and he slapped me before beckoning his male friends to come see a 'woman that dresses like a man'."

Looking at the proposed changes to the law, anyone - straight or gay - could in theory be profiled and arrested for simply wearing clothes or accessories that do not conform to someone's idea of how men and women should appear.

"To start with, I think it's nonsense," Jordyn said. "What happens to a straight woman who wears shorts and baggy jeans, or a straight man that loves braiding his hair, wears chains, or even tank tops?"

These are obvious problems with the proposal which may see it fail.

But for queer, trans and non-binary Nigerians it is a reminder of how central clothes are to how they see themselves.

"Clothing helps trans, non-binary and genderqueer people to, in a way, set into their identities," Francis said, signifying the importance of dressing expressively, and how this anti-cross-dressing measure could have an adverse effect on Nigeria's fashion community.

"Restricting people to a particular [way of dressing] based off of the binary genders is very dangerous for us."

LGBTQ+ people can be prone to mental health conditions like body dysmorphia and body dysphoria - where they are anxious about their physical appearance.

As a result, clothing and fashion become fundamental ways to deal with those issues.

"I started [fashion label] Vangei out of my own necessity, because it can be confusing to shop as a trans person in Nigeria, and not getting things that fit right," Jordyn said.

"So I decided to create a genderless brand for people that didn't feel good about themselves, and didn't want to identify as either men or women."

Jordyn focuses mostly on custom-made pieces, because it allows him the opportunity to concentrate on fit and style, a problem many trans and non-binary people face when shopping. 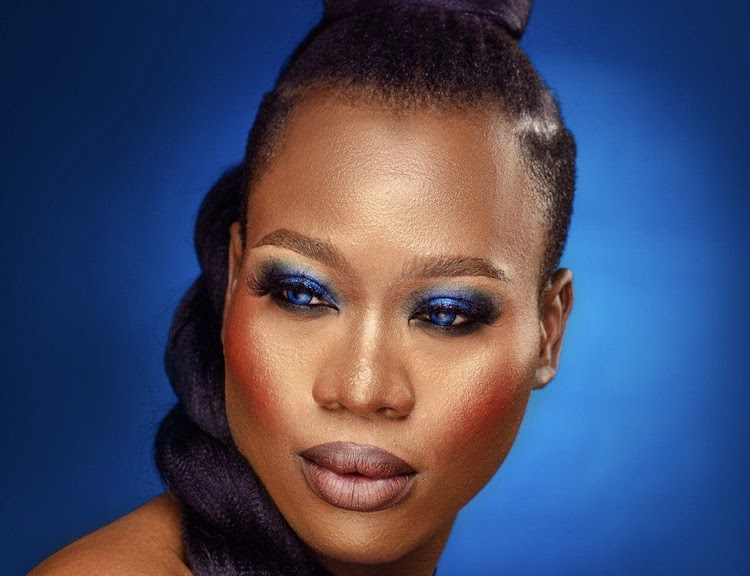 Emerie Udiahgebi says if the bill became law it would not put them off being open about their non-binary identity
Image: BBC

"Not very many people understand the struggle it is for non-binary people to shop for clothes," said 25-year-old designer Emerie Udiahgebi, who recently came into their non-binary identity.

But these young designers do not want the cross-dressing bill to be just the concern of the fashion industry.

There are plenty more mainstream designers making clothes for the LGBTQ+ community who activists think should be speaking out. They are actually the ones who could have more of a political impact.

But their silence may reflect a fear of not wanting to be singled out.

Udiahgebi is worried about the impact that the cross-dressing bill could have if it became law, but is determined it will not make a difference.