A large number of emergency service personnel are on the scene in the Eastern Cape province.

• Bodies were found at the Enyobeni Tavern early on Sunday, and reports say several people were injured.

• A spokesperson for Eastern Cape's health department told News24 the dead bodies were taken to various nearby mortuaries. 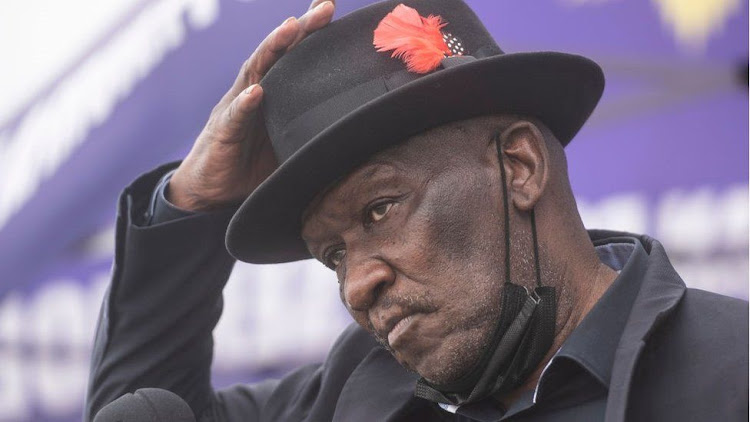 South Africa's Minister of Police Bheki Cele is on his way to the site of the tragedy, an official says.
Image: BBC

At least 20 people have been found dead in a nightclub in South Africa's East London city, officials say.

Bodies were found at the Enyobeni Tavern early on Sunday, and reports say several people were injured.

"The circumstances surrounding the incident are under investigation as we speak," a police spokesman told the Newzroom Africa television channel.

"We do not want to make any speculations at this stage," Brigadier Tembinkosi Kinana said.

A large number of emergency service personnel are on the scene in the Eastern Cape province.

Relatives of the victims have been unable to see their bodies, reports say, and locals have called for the venue to be closed.

Eastern Cape Police Commissioner Nomthetheleli Lilian Mene told SABC News that "there was an alleged stampede inside the tavern".

The BBC has been unable to verify this and details are still emerging.

Four people have been taken to hospital, SABC reports.

Brigadier Kinana told reporters most of those found dead were young adults aged between 18 and 20.

Eyewitnesses told the Daily Dispatch newspaper that bodies were lying inside the venue as if they had collapsed on the floor.

A spokesperson for Eastern Cape's health department told News24 the dead bodies were taken to various nearby mortuaries.

Siyanda Manana added: "We are going to conduct autopsies as soon as possible to establish the probable cause of death."

South Africa's Minister of Police Bheki Cele was on his way to the Eastern Cape with an additional team of experts to help with investigations, the province's premier Oscar Mabuyane said.

"We can't believe it... Young people who were not sick, young people who should be with their families enjoying their winter holidays - they just have lost their lives like that," he added.

The tooth will be taken around the vast country before being buried in the capital.
News
1 month ago

Residents ask why, commissioner says it's been quiet for three weeks.
Counties
2 months ago

Nigeria's Owo church massacre: Who are the victims?

A mass burial is being held in Owo for some of those killed.
News
2 months ago
WATCH: The latest videos from the Star
by BBC NEWS None
Africa
26 June 2022 - 14:58
Read The E-Paper