Nigeria's Owo church massacre: Who are the victims?

• Worshipers at the St Francis Catholic Church in Owo, south-western Nigeria, were celebrating Pentecost earlier this month when suddenly a group of armed men who had been hiding among the congregation opened fire, killing 40 people, including four children.

• A mass burial is being held in Owo for some of those killed, who included many bread-winners for their families. 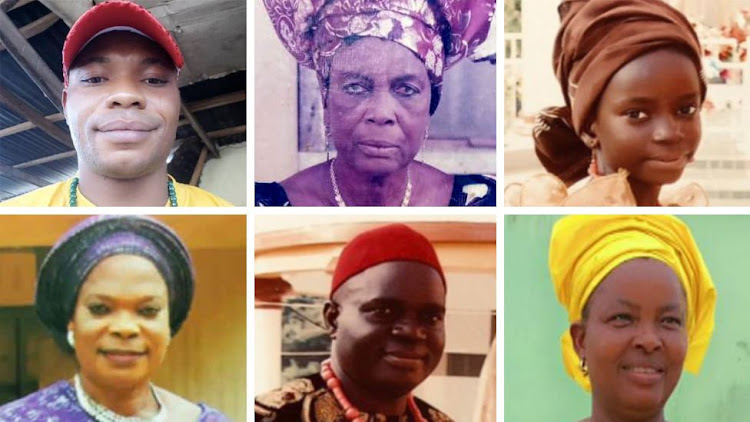 Worshipers at the St Francis Catholic Church in Owo, south-western Nigeria, were celebrating Pentecost earlier this month when suddenly a group of armed men who had been hiding among the congregation opened fire, killing 40 people, including four children.

A mass burial is being held in Owo for some of those killed, who included many bread-winners for their families. 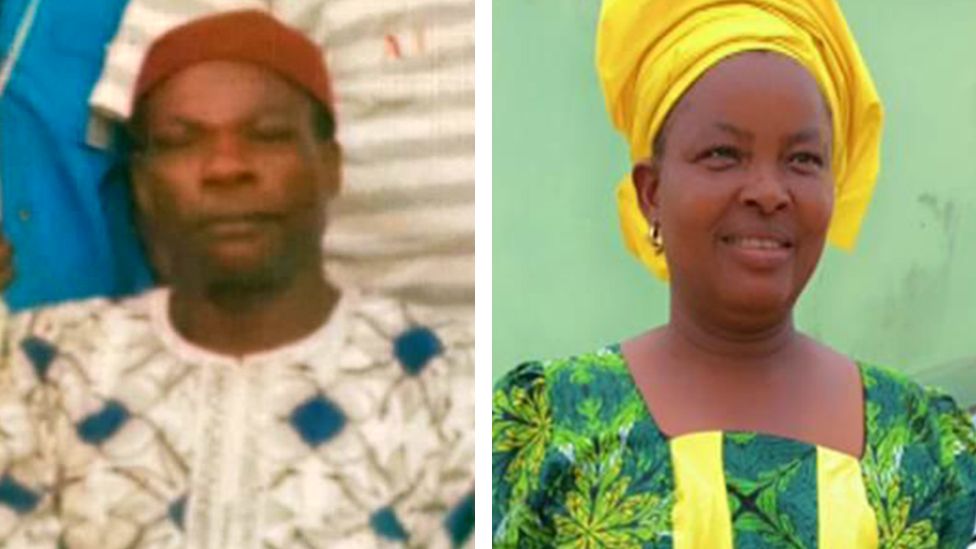 r and Mrs Onuoha were sitting beside each other in church when the attack happened.

Neighbors and friends remember Mrs Onuoha, a petty trader, as always being willing to help.

Her husband was a gardener at a university.

"My mum was extraordinary, always willing to help the less fortunate, and was not biased," said their son Chinedu Onuoha.

He said he had lost a mentor in his father.

All three had been in church when the attack happened but Chinedu was sitting in a different section away from his parents.

He believes his mum would still be alive were it not for "fake news" that the nearest hospital was not receiving patients, which meant she didn't get treatment in time. 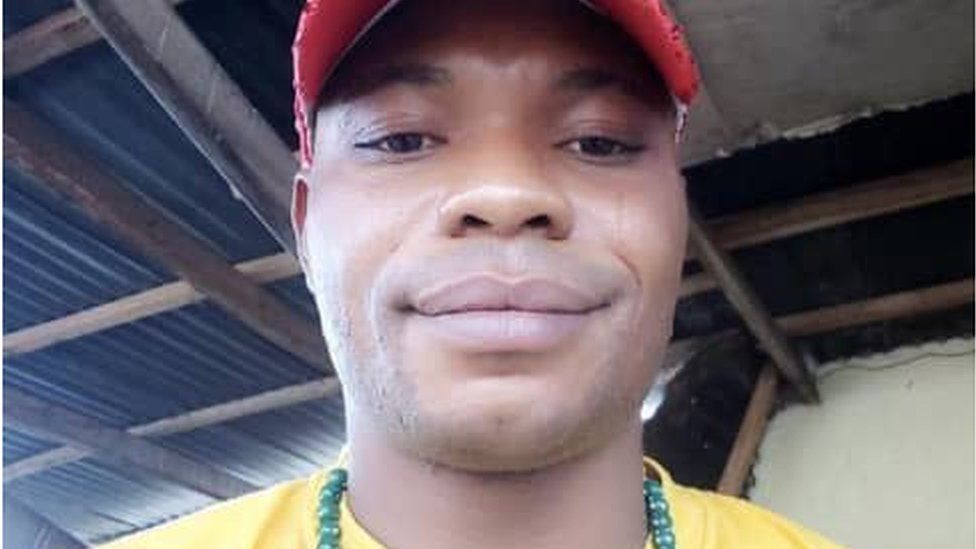 Mr Okafor and his son died of bullet wounds sustained from the attack.

He used himself as a shield to try and protect his son but the powerful bullets tore through him.

Responders found their lifeless bodies, with him still lying over his son, in the aftermath of the attack.

Mr Okafor owned a shop in Owo that sold electronics and had been diagnosed with malaria a day before his death, said his brother Cletus Okafor.

"The previous day I passed by his shop to see how he was doing.

"I wanted to drop him off at his home but he told me that it was not necessary," Clectus told the BBC.

Had he known it would be the last time he would see his brother, he would have stayed with him, he said.

"I would have dropped him home." 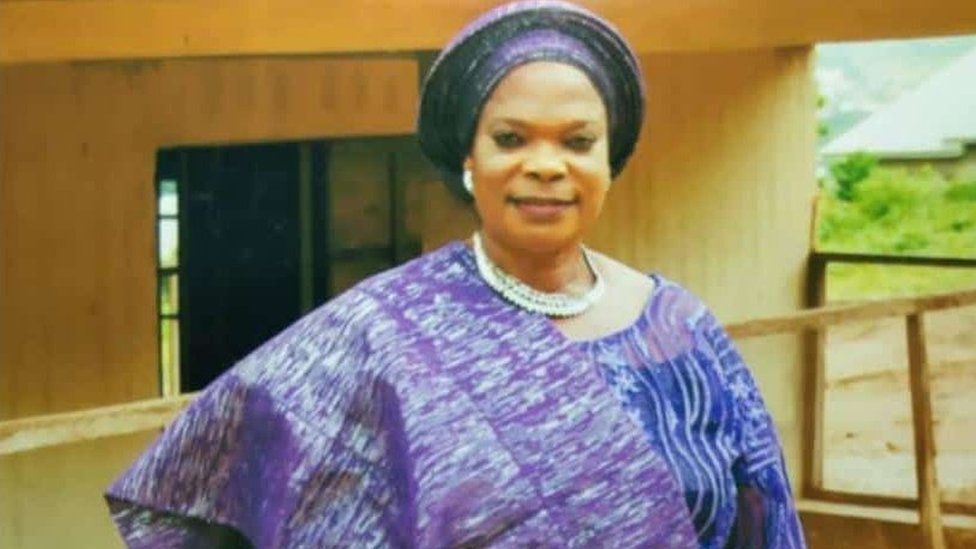 rs Agboola, a widow, sold akara (fried bean-balls) next to the church where she was also a member.

Described by many as a good listener, she was loved by those in the community.

Before her death, she had invited her son Tope Ibijowo for a rice meal.

"I wish I honoured the invite. It would have been our last meal together," he said. 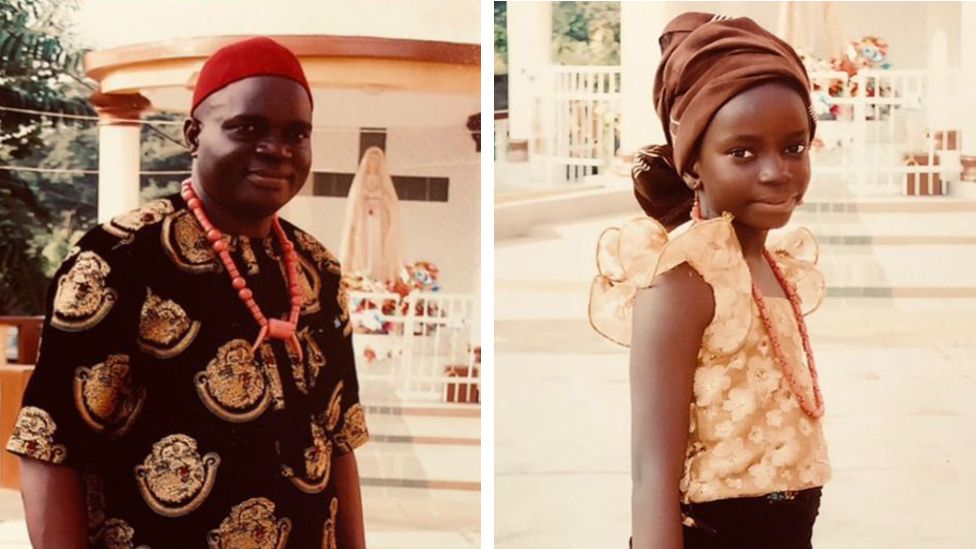 Mr Veginus Nwani was with his children in church during the attack.

His son escaped unhurt but his daughter Chidiogo Nwani was killed.

The 11-year-old was one of four children who died that day.

After the shooting, the son carried his sister's body to the nearest hospital, where she was pronounced dead on arrival. 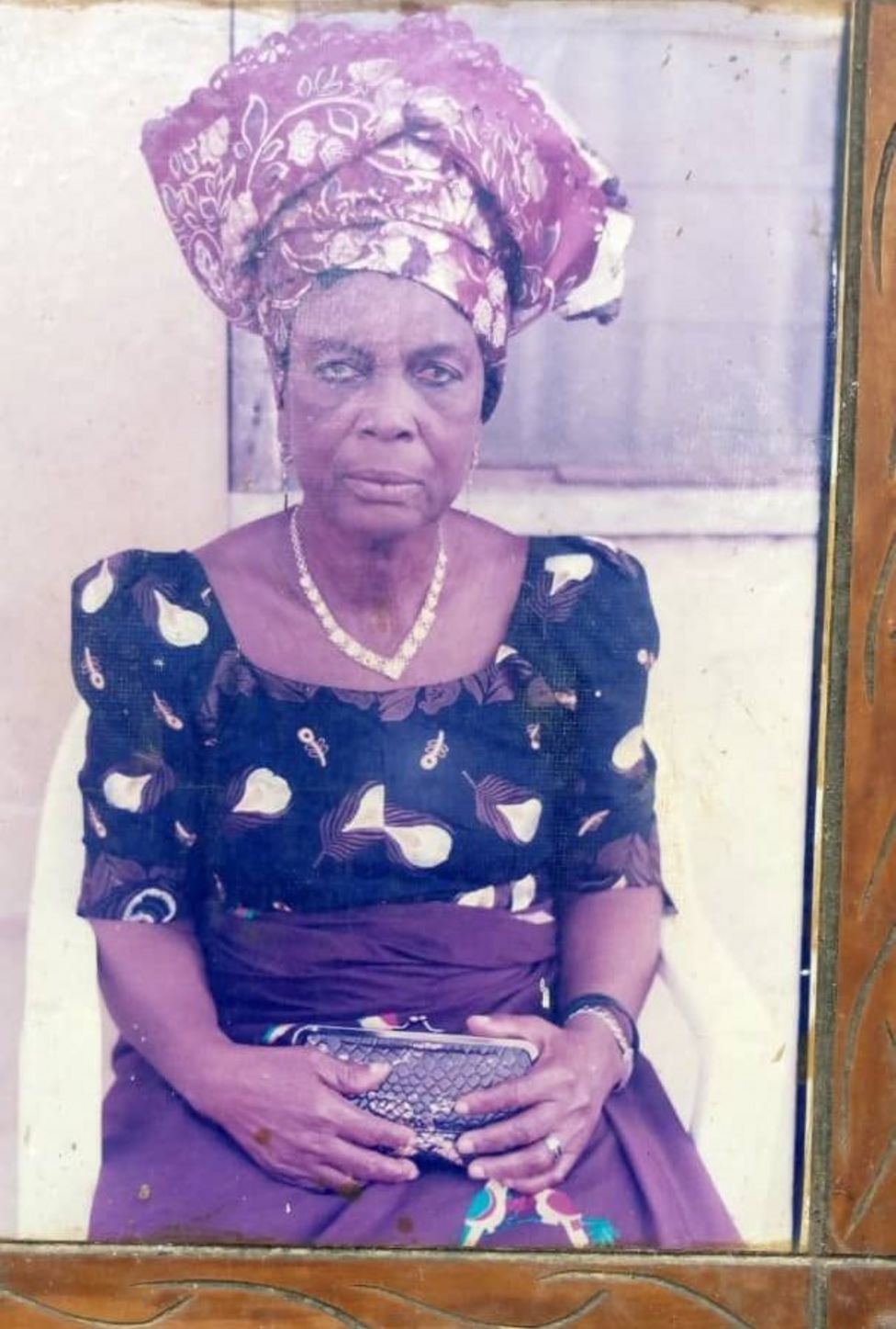 Mrs Bridget was with her family in church when the attack happened.

Her son is one of those injured and is currently being treated at one of the nearby hospitals, along with more than 60 others.

The Nigerian government suspects the Islamic State West Africa Province (Iswap) carried out the attack but that has been disputed by local authorities, including Ondo state governor Rotimi Akeredolu.

Iswap, which normally operates in northern Nigeria, has not claimed responsibility for the attack and nor has any other group.

A grieving community is struggling to understand what happened, and with no arrests made, questions remain about whether the perpetrators will ever be brought to justice.

The church is still closed so the funeral service will take place in a nearby hotel, with increased security.

After the service, Father Abayomi the pastor from St Francis Catholic Church, said families will collect the bodies and finally lay them to rest.

Money is breaking democracy in Nigeria

Nigeria has had 23 years of unbroken civilian rule since 1999.
News
2 months ago

Accused of undervaluing a consignment of hides and skins for export at the Port of Mombasa.
Counties
2 months ago

The bank has already rolled out WhatsApp banking in its Rwanda, Uganda , Tanzania and Mauritian subsidiaries.
Business
2 months ago
WATCH: The latest news from across Africa
by BBC NEWS None
Africa
17 June 2022 - 15:07