Toe memes and jokes are circulating in Zimbabwe.

•The unfounded story that suggests Zimbabweans are parting with their digits to beat poverty is trending in Nigeria.

•A tongue-in-cheek Zimbabwean blog post suggested the trade was happening at a shopping centre in the capital, Harare. 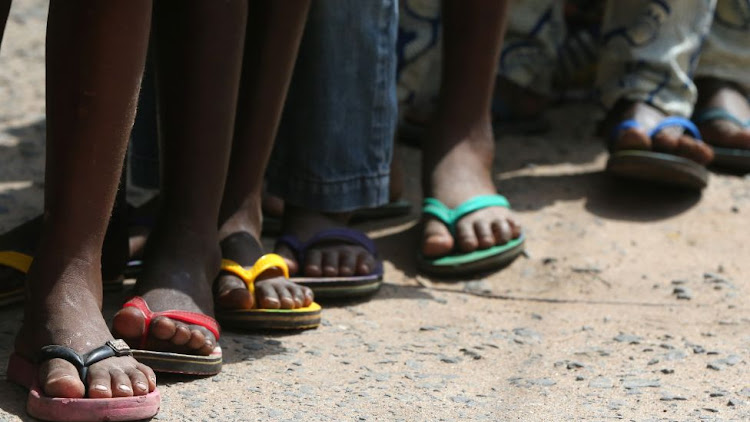 An apparent social media ruse in Zimbabwe about people selling their toes for large amounts of money is being taken more seriously elsewhere in Africa.

The unfounded story that suggests Zimbabweans are parting with their digits to beat poverty is trending in Nigeria.

A tongue-in-cheek Zimbabwean blog post suggested the trade was happening at a shopping centre in the capital, Harare.

It quotes WhatsApp messages with figures as high as $40,000 (£31,800) being offered by traditional healers in South Africa for a big toe.

It is not uncommon for body parts to be used in unscrupulous traditional so-called cures.

Touted by charlatans or fake healers, they are associated with witchcraft - and are condemned by respected traditional healers, known as "sangomas" in southern Africa.

Toe memes and jokes are circulating in Zimbabwe, often posted with the hashtag #Chigunwe, which means "toes" in the local Shona language, bringing light relief in hard economic times.

But none of Zimbabwe's more serious newspapers have taken up the story and some people on Twitter have complained that the hilarity is a distraction from more critical issues facing the country.

The Gambakwe blog, published on 28 May, said the "trade in toes" was happening at Harare's Ximex Mall.

A few days after the blog, Zimbabwean tabloid H-Metro posted an interview with black market currency traders at the mall who said the whole issue was blown out of proportion after a few of them shared it as a joke.

But since then they said some people had been coming down to Ximex to enquire about the trade on hearing "the rumours".

Tweeters in several African countries, including in Nigeria and Uganda, began posting that Zimbabweans had started selling their toes for thousands of dollars. A Kenyan radio station also tweeted it, acknowledging it was an unconfirmed report, but asking their followers which body part they would be willing to sell.

The Nigerian tweet by @InnocentZikky, which was retweeted 2,668 times and garnered 4,731 likes in 18 hours, includes photos of feet with missing toes.

The BBC Disinformation Unit reviewed two videos said to be of people who had sold their toes or were in the process of selling their toes and believes they were staged.

But these social media trends sometimes have real-world implications as they can be believed and replicated.

The story has hit a nerve in Nigeria in particular where there is an upsurge in money rituals - a belief that using body parts can bring riches.

In January this year, three people were arrested in Nigeria for allegedly killing a teenage girl for ritual purposes.