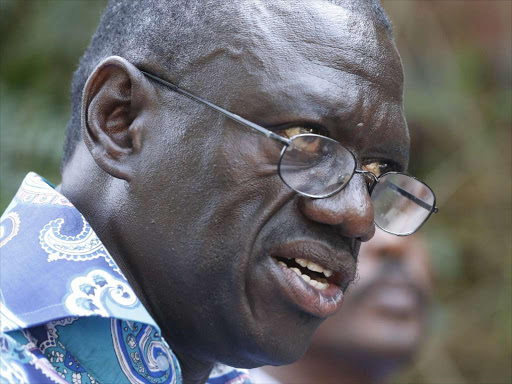 Leader of Uganda's leading opposition party, Forum for Democratic Change Kizza Besigye speak to the media at his residence in the outskirt of Kampala, Uganda, February 16, 2016. REUTERS

Former Ugandan presidential candidate and opposition leader Kizza Besigye was blocked from leaving his home as he attempted to start protests against the government over the rising cost of living.

Kampala Metropolitan Police spokesperson Luke Owoyesigire said the police prevented Dr Besigye from leaving his home because they believe the planned demonstration in the city centre would have turned chaotic had it been allowed to go ahead.

He said the politician had also not followed guidelines under the Public Order Management Act, a law that regulates public gatherings in the country.

Police have now been deployed near Dr Besigye’s home until further notice.