US, UK, Canada condemn detention of Tigrayans in Ethiopia

They have called for unhindered and timely access by international monitors.

• The six countries have said that all parties must comply with their obligations under international humanitarian law.

• They said that it is clear that there is no military solution to the ongoing conflict in Ethiopia. 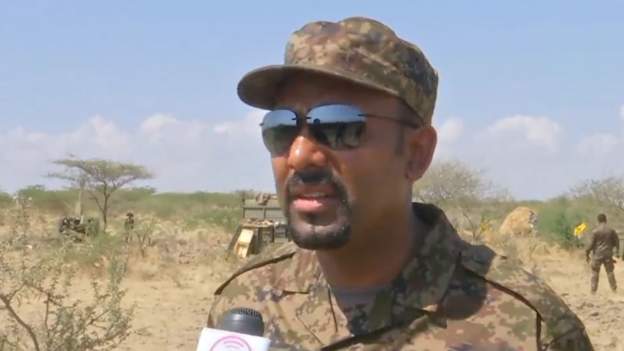 Ethiopian PM Abiy Ahmed said days ago that he would head to the frontline to direct the conflict
Image: FILE

The governments of Australia, Canada, Denmark, the Netherlands, the United Kingdom, and the United States have issued a joint statement regarding the detainment of Tigrayans by the government of Ethiopia.

In a statement issued on Tuesday, they expressed their concern on recent reports of the Ethiopian government’s detention of large numbers of Ethiopian citizens on the basis of their ethnicity and without charge.

They said that on November 2, the Ethiopian government’s announcement of a State of Emergency is no justification for the mass detention of individuals from certain ethnic groups.

They added that individuals are being arrested and detained without charges or a court hearing and are reportedly being held in inhumane conditions.

Also, they said that many of these acts likely constitute violations of international law, adding that it must cease immediately.

It says 100 trucks a day are needed to reach Tigray alone to meet needs there.
News
1 month ago

“We urge unhindered and timely access by international monitors.”

“We reiterate our grave concern at the human rights abuses and violations, such as those involving conflict related sexual violence, identified in the joint investigation report by the Office of the United Nations High Commissioner for Human Rights and the EHRC, and at ongoing reports of atrocities being committed by all parties to the conflicts.”

They said that all parties must comply with their obligations under international humanitarian law, including those regarding the protection of civilians and humanitarian and medical personnel.

The six countries have said that it is clear that there is no military solution to the ongoing conflict in Ethiopia, and have denounced any other violence against civilians, past, present and future.

“All armed actors should cease fighting and the Eritrean Defense Forces should withdraw from Ethiopia. We reiterate our call for all parties to seize the opportunity to negotiate a sustainable ceasefire without preconditions.”

“Fundamentally, Ethiopians must build an inclusive political process and national consensus through political and legal means, and all those responsible for violations and abuses of human rights must be held accountable.”