Interviews for the 60 positions could not commence as scheduled due to lack of quorum.

• In a letter dated October 18, Uganda’s EAC minister Rebecca Kadaga said the interviews for the advertised positions should not be conducted 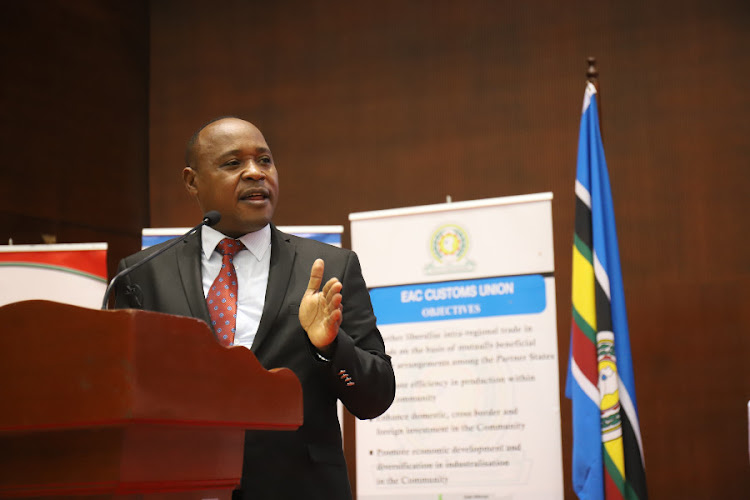 In a letter dated October 18, Uganda’s East African Community Affairs minister Rebecca Kadaga said the interviews for the advertised positions should not be conducted “unless and until all the partner states have been given information about their quota”.

“I would like to remind you Secretary General that compliance with Article 14(3) (g) of the Treaty, the Council issued rules and regulations in particular regulation 4.6, which provides ‘At the beginning of each recruitment exercise, the Secretariat shall inform each partner about her balance of weighted points’”.

“The operative word is 'At the beginning' and this cannot be shifted to any other stage of the recruitment,” Kadaga, who doubles as Uganda’s deputy prime minister, said in the letter to secretary general Peter Mathuki.

Kadaga said once the partner states are informed about their quotas, it will eliminate countries that have exhausted their quotas and are therefore ineligible to participate.

“I need not remind you that one of the reasons for the previous collapse of the old East African Community was disappropriate sharing of benefits of the community among partner states,” she added.

Last week, Ugandan lawmakers staged walkouts due to what they termed an unfair process.

On the same day, October 18, Burundi’s EAC minister Ezechiel Nibigia wrote to Mathuki, saying his country had suspended attendance of the interviewing panels for the advertised EAC positions.

The interviews were slotted for October 18 to November 2.

“The ongoing recruitment process does not guarantee the implementation of the quota system within EAC since this has not been clarified before the said process begins, “ Amb Nibigia said.

The quota system is captured in the EAC regulations to ensure and reflect equal representation of partner states.

The Juba chapter wants affirmative action applied so that South Sudanese benefit the way Rwanda and Burundi did upon joining the bloc.

Mathuki, in a letter dated October 13, acknowledged their quest and promised to act on it.

An extraordinary Council of Ministers meeting scheduled for last Wednesday, which was expected to finalise the staff recruitment process, had to be moved to a later date, perhaps in the next week, at the prompting of Kadaga, who had reportedly travelled.

Mathuki had on August 11, while marking his first 100 days in office, highlighted unlocking staff recruitment standoff "as one of his achievements. He said the process was in full gear. It now appears not.

In a statement on October 19, Mathuki said the interviews for the positions could not commence as scheduled due to lack of quorum.

"The interviews have therefore been postponed to a later date that will be communicated accordingly. The EAC is committed to providing an equal opportunity for all East Africans," Mathuki said.

The 42nd Extra-Ordinary Meeting of the EAC Council of Ministers in May approved the filling of the vacant positions in organs and Institutions through competitive recruitment.

Consequently, the EAC Secretariat initiated the recruitment on May 19 by advertising the posts.

"More than 15,000 applications were received from all the six EAC partner states. All EAC partner states’ delegates profiled/sorted and subsequently shortlisted candidates," Mathuki said in the October 19 statement.

Some regional lawmakers have alleged the process was marred with irregularities and unfair treatment of citizens from some partner states.

Post a comment
WATCH: The latest videos from the Star
by ELIUD KIBII Subeditor and writer
Africa
23 October 2021 - 04:00
Read The E-Paper