Sunday's statement said Geulleh had returned from a "private visit to France".

• The Prime Minister and the government spokesman both said Guelleh was taking a break because of "overwork". 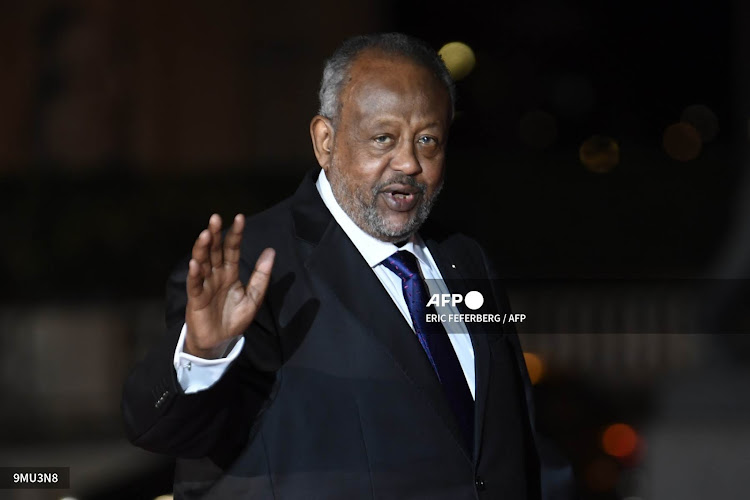 File photo: Djibouti President Ismaïl Omar Guelleh poses as he arrives at the Musee d'Orsay in Paris to attend a state diner and a visit of the Picasso exhibition as part of ceremonies marking the 100th anniversary of the 11 November 1918 armistice, ending World War I. Photo taken on November 10, 2018.
Image: ERIC FEFERBERG/AFP

Djibouti President Ismael Omar Guelleh has returned home to the Horn of Africa country, his office said on Sunday, after rumours that the 73-year-old had been hospitalised in Paris.

Re-elected for a fifth term in April, Guelleh has ruled Djibouti since 1999 and has used his country's unique geographical position to lure investors and foreign military powers, all while keeping an iron grip on power.

Hours after rumours began to circulate on social media last Monday that Guelleh had flown to Paris and checked into a hospital, Foreign Minister Mahmoud Ali Youssouf issued a series of tweets saying the reports were incorrect.

"All the information circulating on the networks is poison spread to disturb our fellow citizens," Youssouf wrote.

The prime minister and the government spokesman both said Guelleh was taking a break because of "overwork".

Guelleh seized on Djibouti's unique geographic location on the Red Sea to develop the tiny, arid nation of one million people into a reliable international military and maritime hub.

It hosts military bases for global powers including France, the United States, Japan and China.

The third-smallest country by area on the African mainland, and sandwiched between volatile neighbours, Djibouti embarked on an infrastructure blitz, courting major investment in its quest to become the "Dubai of Africa".

Despite a plethora of projects, however, many Djiboutians still live in grinding poverty.

Guelleh's government has also been accused by rights groups of cracking down on dissent, limiting free speech and suppressing opposition parties.

With an age cap prohibiting him from running a sixth time, Guelleh is expected to anoint a successor from within his own trusted circle, in much the same fashion as his own appointment.