Somalia to set up first blood bank in decades

• The announcement comes on the second anniversary of the country’s deadliest bomb attack. 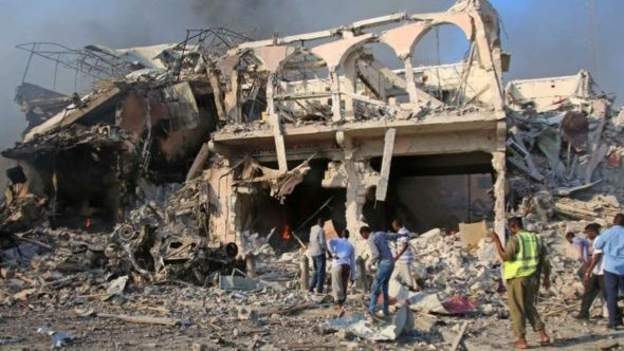 Efforts to save the lives of victims of violence in Somalia are often hampered by the lack of a blood bank.
Image: BBC

Somalia’s government says it is setting up a national blood bank for the first time in more than two decades.

The announcement on Monday comes on the second anniversary of the country’s deadliest bomb attack in the capital, Mogadishu, which killed nearly 600 people.

The October 14, 2017 blast also wounded hundreds others with no group yet to claim responsibility.

Prime Minister Hassan Ali Kheyre said many Somalis “die of bleeding, with a majority of the victims being pregnant mothers and victims of terrorist attacks”.

“This facility would have a storage capacity of 10,000 units of blood. It is one of the lessons learnt from the 14 October bombing incident,” the prime minister said in a video message.

He said the bombing had “inflicted indescribable catastrophe on the Somali people" but praised them for being resilient.

“It is truly inspiring that you are today constructing and laying the foundation stone for the national blood bank," he added.

Efforts to save the lives of victims of violence in Somalia are often hampered by the lack of a blood bank.

The country collapsed into a deadly civil war in 1991, which destroyed vital state agencies, after rival warlords forced the military regime of President Siad Barre out of power.

Al Shabaab attacks US training base in Somalia

Terror group said it had launched the raid and that it was ongoing.
News
2 years ago

State to deny entry of unattended luggage from Somalia

Reports indicate unaccompanied luggage with Sh170 million) from Somalia was seized at JKIA
News
3 years ago
by BBC NEWS None
Africa
14 October 2019 - 12:53