• Protest leaders had handed them a list of proposals for an interim government, following the ousting of President Omar al-Bashir in April. 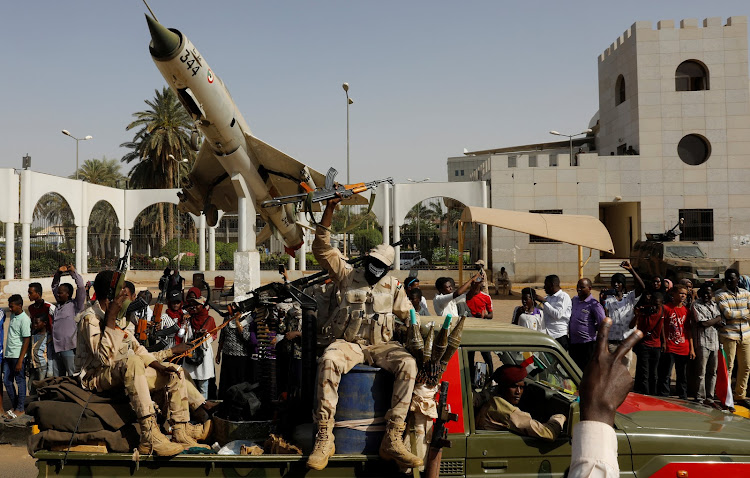 Sudanese soldiers are seen on their vehicles as they move with a military convoy outside the defense ministry compound in Khartoum, Sudan on April 25, 2019.
Image: REUTERS/Umit Bektas

Sudan's ruling military council is insisting that Sharia remain the basis of the country's new laws.

Protest leaders had handed them a list of proposals for an interim government, following the ousting of President Omar al-Bashir in April.

But the 10-member military council said it had "many reservations" about their suggestions - including the protesters' conspicuous silence on Islamic law.

Talks between the military and opposition remain deadlocked.

The protesters' proposals were put to the military council by the Declaration of Freedom and Change Forces, a coalition of activists and opposition political groups.

Lt-Gen Shamseddine Kabbashi, spokesman for the Transitional Military Council (TMC), which took control after Mr Bashir's removal, told reporters that they had broadly agreed with the suggestions. 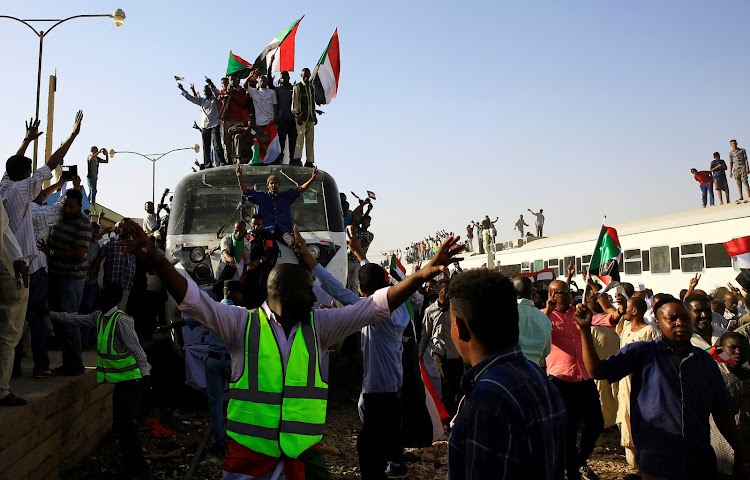 Sudanese demonstrators welcome a train carrying protesters from Atbara, the birthplace of an uprising that toppled Sudanese former President Omar al-Bashir, as it approaches the military headquarters in Khartoum, Sudan on April 23, 2019.
Image: REUTERS/Mohamed Nureldin Abdallah

"Our view is that Islamic Sharia and the local norms and traditions in the Republic of Sudan should be the sources of legislation," he said.

However under Mr Bashir's rule it was applied inconsistently, and activists say it was used to target women. Some women's rights organisations say thousands of women were flogged for "indecent behaviour", according to news agency AFP.

Lt-Gen Kabbashi said there were other sticking points in the proposals.

Protesters had suggested that the power to declare a state of emergency should lie with the cabinet - however, the TMC believes that it should be the responsibility of a yet-to-be-appointed sovereign power.

They had also proposed that the transitional period last for four years, while the military believes it should be two years.

But in order to break the deadlock in talks, Lt-Gen Kabbashi said, they would consider holding early elections within six months.

Amjad Farid, spokesman for one of the main protest groups Sudanese Professionals Association (SPA), said that they will now "study the response and will announce our position later".

A top military council official earlier told the BBC that they would not accept a civilian-majority transitional council - a statement that sparked widespread criticism.

Protest groups remain camped out in front of the army headquarters in Khartoum, calling for civilian rule.

Lessons for the region from Sudan Uprising

Tens of thousands of civilians continue to defy the temporary military rule extension.
Siasa
2 years ago
by BBC NEWS None
Africa
08 May 2019 - 08:19