On the Radar: DP to preside over 19th Ordinary Session of IBEC 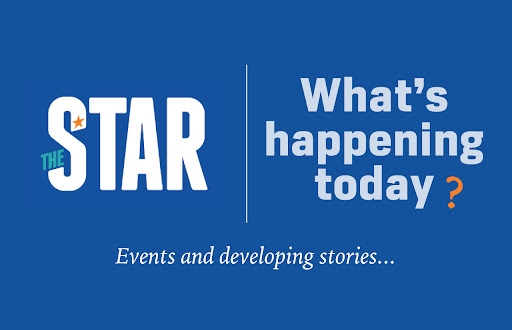 Deputy President Rigathi Gachagua will on Thursday preside over the 19th Ordinary Session of the Intergovernmental Budget and Economic Council (IBEC).

It will take place at Kenya School of Government at 8.30 am.

Education Cabinet Secretary Ezekiel Machogu is set to witness the official handover of high school scholarships to beneficiaries of the Form 1 scholarship programme.

The event will take place at Kasarani Stadium.

Ministry of Health is upgrading the Kigumo subcounty hospital with a Sh383 million complex that will offer inpatient services, general surgery and radiology among other services.

Murang’a residents will soon be able to access healthcare services from the new hospital complex.

Upon completion, the facility will be upgraded to a full-fledged Level 4 hospital that will offer male and female inpatient services pediatric services, general surgery, radiology and pharmaceutical services among others.

Government gears up to sell loss-making State corporations after it concludes preparation of Draft Privatisation Bill, 2023.

The Gay and Lesbian Coalition of Kenya will be holding a Media Engagement Workshop on Thursday at the Baraza Media Lab - 95 Riverside Drive, Nairobi from 2 pm to 5 pm.

Donald Trump will be allowed back on to Facebook and Instagram after Meta announced it would be ending its two-year suspension of his accounts.

The suspension will end "in the coming weeks", the social media giant said.

In a statement, Nick Clegg, Meta's president of global affairs, said the public "should be able to hear what their politicians are saying".

The firm had taken action following Mr Trump's "praise for people engaged in violence at the Capitol", Mr Clegg said.

Said the signs of victory for Azimio were so clear, that even UDA was surprised to be announced winners
News
1 week ago

He said Kenya and the Kingdom of Morocco enjoy deep-rooted economic relations.
News
1 week ago

Police have not announced any charges.
News
1 week ago
Post a comment
WATCH: The latest videos from the Star
by PURITY WANGUI DIGITAL WRITER
News
26 January 2023 - 09:08
Read The E-Paper