• The ex-Cherangany MP was referring to the President's remarks last week, when he claimed that there was a murder plot against former IEBC chairman Chebukati.

• Ruto said the plot was approved by what he termed as the ‘highest office.’ 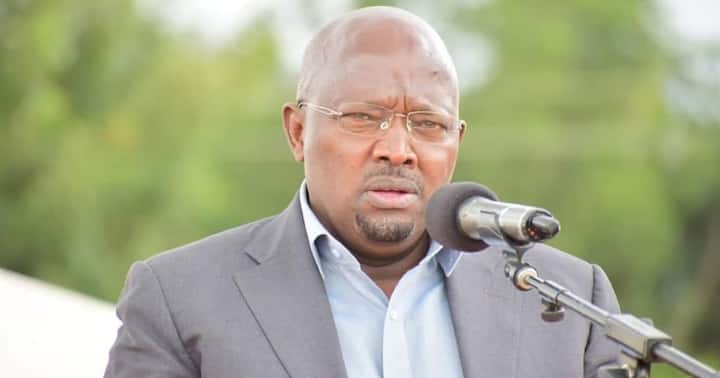 Speaking on Wednesday morning at a local Tv station, he said Ruto will be demonstrating national unity by dealing with state matters only.

"I don't doubt his competence but the President is supposed to be the pillar of national unity and that can only be demonstrated by rising above pettiness," Kirwa said.

The ex-Cherangany MP was referring to the President's remarks last week, when he claimed that there was a murder plot against former IEBC chairman Wafula Chebukati in August 2022.

Ruto said the plot was approved by what he termed as the ‘highest office.’

He said the aim was to paralyse the commission and get friendly commissioners to announce his opponent Raila Odinga as the winner.

“We know that there was a direct attempt to abduct Chebukati and murder him so that the commission would be paralysed,” the President said.

Wading into the just concluded IEBC tribunal and the proposed inquiry commission, Kirwa said a clean audit should be done of the 2022 election process.

He also suggested that the audit should be extended to all the election officials who mysteriously died in line of duty.

"The clean audit of the election process should start with Chris Msando who died in 2017 and all those who died. It is good for a us not to make it sensational by mentioning Chebukati," Kirwa said.

He added that those found to have committed a fault, whether in the past or present should face the law.

The inquest aims to unravel what transpired during the period preceding the declaration of the outcome of the August 9 General Election at the Bomas of Kenya.

Chebukati said the inquiry will be crucial in ensuring the independence of the polls body is respected and averting incidents of abuse of power.

"We believe the outcome of the inquiry will bolster the independence of the commission and make sure it maintains the stature contemplated in the constitution," he said.

He said he rejected the requests as it would be against the law and the oath they took.
News
1 week ago