Magoha's death is not witchcraft, it's God's will – elder brother

"Hakuna cha hiyo, this is all God's will," he said. 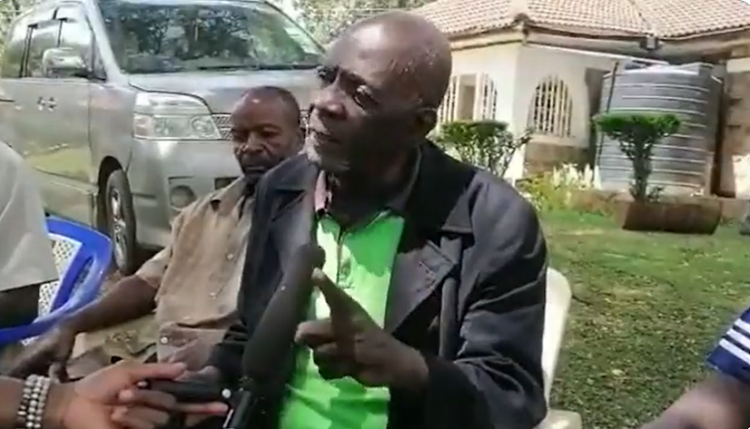 The late Education CS George Magoha's elder brother  John Ibarr has ruled out witchcraft as the cause of the double tragedy that has befallen the family.

The late CS died suddenly Tuesday evening after collapsing while at his Nairobi home in Lavington.

His death coincided with the arrival of the remains of his younger brother Alex Nyabera Magoha from the US.

Nyabera passed on in Allen, Texas in the US on December 6, 2022, from undisclosed causes.

Speaking to Nation on Wednesday in Siaya, Ibarr said the events are tragic but people should not read too much into it as it's God's will.

"There's nothing strange, it has happened it has happened. If you believe in witchcraft which I don't, hakuna cha hiyo, this is all God's will," he said.

Ibarr said he knew Magoha was not well a day before he died.

"I spoke to him on Monday about Richard's coming, and he mumbled words, and I asked him you don't sound well and he said I'm not feeling well but I can manage."

The senior Magoha said that the burial of their younger brother Nyabera will go on as scheduled next Saturday despite the sudden turn of events.

He said only after then will the family make arrangements for Magoha's burial at a later date.

"I will bury Richard as per the schedule which is scheduled for Saturday," Ibarr said.

"The body is arriving tomorrow (Thursday) evening then we go to collect it from the (Kisumu) airport and take it to Aga Khan (hospital mortuary) for overnight."

He said on Saturday morning, the body will be collected and taken for Mass service before the remains are interred at Nyabera's homestead in Siaya.

"Once that is done, is when we shall start arranging for the burial of my late brother," he said.

The remains of the two siblings are lying at the Lee Funeral Home in Nairobi where family, friends and state officials continue to pay their condolences.

The village mourns of not only Prof Magoha's death but that of his brother Richard.
News
1 week ago
Post a comment
WATCH: The latest videos from the Star
by EMMANUEL WANJALA Radio, Print & Digital Reporter
News
25 January 2023 - 21:45
Read The E-Paper