Bungoma man caught 'in the act' with a cow

According to the Bukusu tradition, such a cow can not be kept at home again. 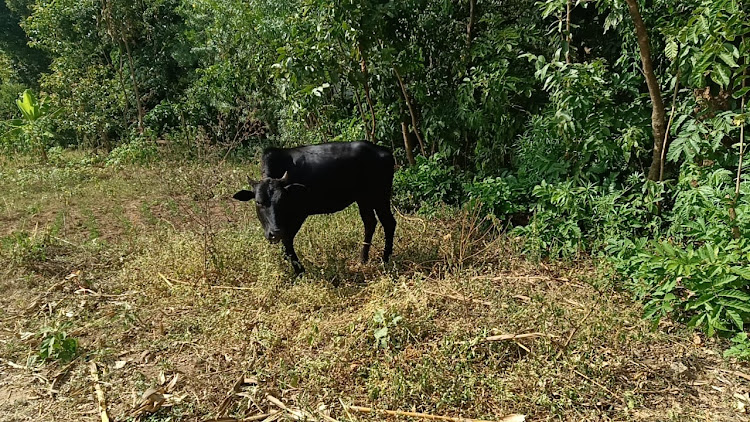 The cow that the man was caught having sex with.
Image: TONY WAFULA

A middle-aged man at Bukusu Village, Tuuti/ Marakaru ward, Kanduyi Constituency in Bungoma County on Wednesday afternoon was caught pants down with a cow.

The owner of the cow, Christine Wekesa, said that her son took the cow early in the evening for grazing in the bush.

Later, Wekesa narrated that she was informed by the village elder that her cow has been found tied on both legs with manila ropes to a tree.

Ignatius Khisa, an eye witness, told the Star on Wednesday that he caught the man red-handed doing the act.

“I did not know what the man was exactly doing, immediately he heard footsteps he ran away,” Khisa said.

Wekesa said that such an incident has never happened in the area asking the police officers to arrest the suspect.

According to the Bukusu tradition, such a cow can not be kept at home again.

“This one is a big embarrassment to our village and our county at large. The man escaped after he was caught but we are going to use all means to ensure that we apprehend him,” he said.

Khisa condemned the incident calling on parents to guide their children well, attributing it to excessive consumption of alcohol.

“Our society is rotten.  I’m unhappy with how youths in the villages and towns are being raised. If we don’t become careful and guide our sons/ daughters then the future generation is spoilt,” he said.