"He donated Charter Hall on Sunday afternoon where groups were meeting." 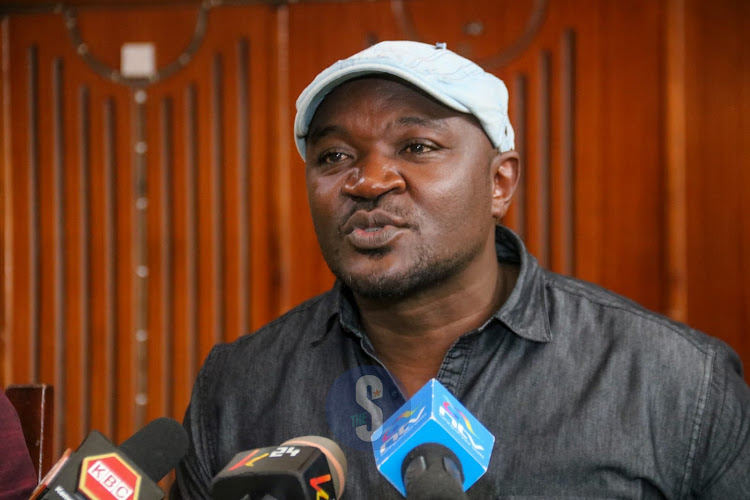 Speaking on Tuesday, Kiragu said the governor should declare his stand adding that residents in Nairobi are waiting for his services.

"We are aware that he facilitated the planning of the Azimio meeting. He donated Charter Hall on Sunday afternoon where groups were meeting during the day to strategise, mobilise and do fundraising for that event," he said.

He said that they have noted he is suspiciously quiet on the Azimio rally issue.

He alleged that the government financed the event and money were collected at his private office, claims the Star could not verify.

The minority leader added that Sakaja should protect Nairobi, residents.

The Star has reached out to governor Sakaja for a comment but he had not responded by the time of going to press.

We promise to publish his side of the story once he responds.

On Monday, Azimio held a rally at Kamukunji grounds.

During the rally, Raila issued an 8-point ultimatum to the Kenya Kwanza administration.

He rejected the 2022 presidential election results, saying his victory was stolen.

Raila further demanded records of the 2022 elections at IEBC.

He rejected promises by Kenya Kwanza and UDA policies

The opposition chief rejected any attempts to reconstitute IEBC.

He further called upon Kenyans to resist and demand for the removal of punitive taxes on basic commodities and services.

Raila finally demanded the resignation of the government for lack of ability to govern and called on Kenyans to say no to the UDA regime and unfair policies.

Raila said his handshake brother had finished his term successfully and he should not be disturbed.
News
5 days ago

No handshake for you, try me! Ruto tells resistant Raila

President dismisses Raila protest call as ploy to negotiate a handshake
News
4 days ago
Post a comment
WATCH: The latest videos from the Star
by PERPETUA ETYANG
News
24 January 2023 - 17:14
Read The E-Paper