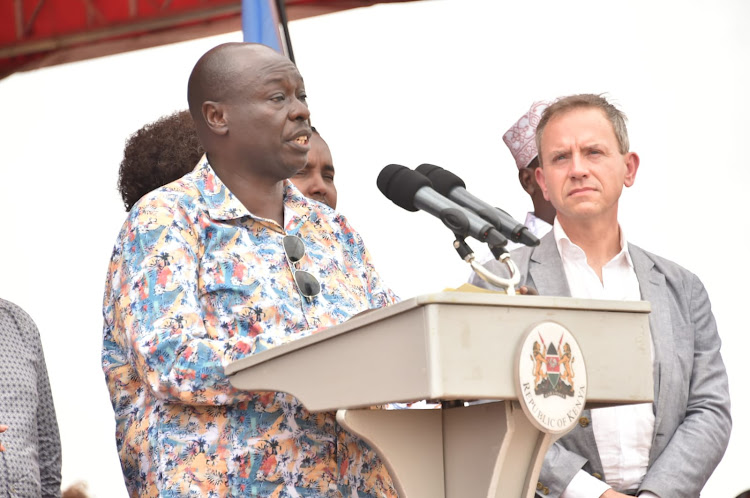 DROUGHT RESPONSE: Deputy President Rigathi Gachagua during a meeting on the ongoing drought in Garissa on November 21, 2022.
Image: RIGATHI GACHAGUA/TWITTER

The committee will mobilise resources to mitigate effects of the current dry spell.

It will be chaired by Safaricom CEO Peter Ndegwa.

The committee will be tasked with establishing a private sector-led National Drought Mitigation Appeal Fund in conjunction with the Kenya Red Cross.

It will mobilise resources to supplement the government's drought response programmes.

The committee will also work with county governments to mitigate the effects of the country’s worst dry spell in 40 years.

Some 4.35 million Kenyans have been affected by the ongoing drought.
News
1 week ago
Post a comment
WATCH: The latest videos from the Star
by ALLAN KISIA Political Writer
News
25 November 2022 - 09:32
Read The E-Paper