Court to rule on punishing 'violent' city auctioneer for contempt 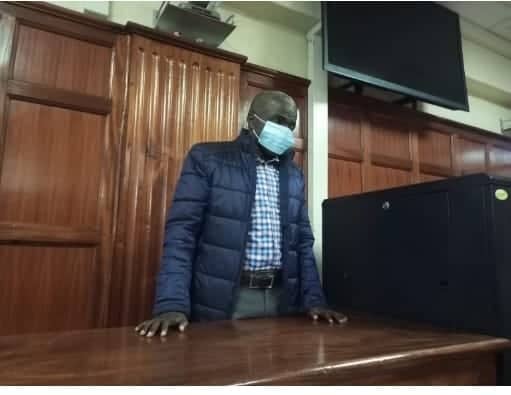 Zachariah Wakhungu Baraza in a magistrate's court where he was charged with robbery with violence on Thursday November 24, 2022
Image: HANDOUT

A Nairobi court will today rule whether it has jurisdiction to punish a city auctioneer for disobeying court orders.

Zacharia Wakhungu Baraza is accused of violently evicting an Asian family from their Westlands home during which property worth over Sh40 million was destroyed.

Justice Oscar Angote will on Friday decide if the High Court can punish someone for disobeying an order that was issued by a lower court.

Baraza of Siuma Auctioneers had been ordered by Angote to appear in court on Thursday last week to be sentenced for defying the court order.

He said Baraza abused his powers as an auctioneer by evicting the family without express orders from the court.

But Baraza failed to appear before the judge with his lawyer claiming he was sick. He presented documents to prove the same.

Lawyer Ndegwa Njiru also challenged the authority of the judge to punish his client for disobeying a court order emanating from a magistrate.

Ndegwa said the court with the jurisdiction to punish him can only be the one that issued the disputed orders. He said the only way the judge can handle the issue is when it's been moved to do so through an appeal.

"You have no power to call for a file from the lower court," he argued.

On Thursday, Baraza was charged before Milimani senior principal magistrate Robinson Ondieki with two counts of robbery with violence and causing malicious damage to property.

He was accused of robbing Niraj Batuk Shah and Avani Niraj Shah of their electronic appliances, jeweleries and assorted household goods and items all valued at Sh18,097,000.

Court charges say Baraza had threatened to use violence on the couple immediately before the robbery.

He also faced a second count of willfully and unlawfully damaging the couple's house valued at Sh20 million. The offences were committed on November 4 along School Lane in Nairobi's Westlands area.

Baraza pleaded not guilty to the charges and was granted a bond of Sh5 million with an alternative bail of Sh2 million.

The case was set for mention on Monday, November 28.

Wheels of Justice: Court cases lined up for the day
News
2 weeks ago
Post a comment
WATCH: The latest videos from the Star
by STAR REPORTER
News
25 November 2022 - 09:27
Read The E-Paper