The insurer said they however do not favour private facilities as has been perceived by the public. 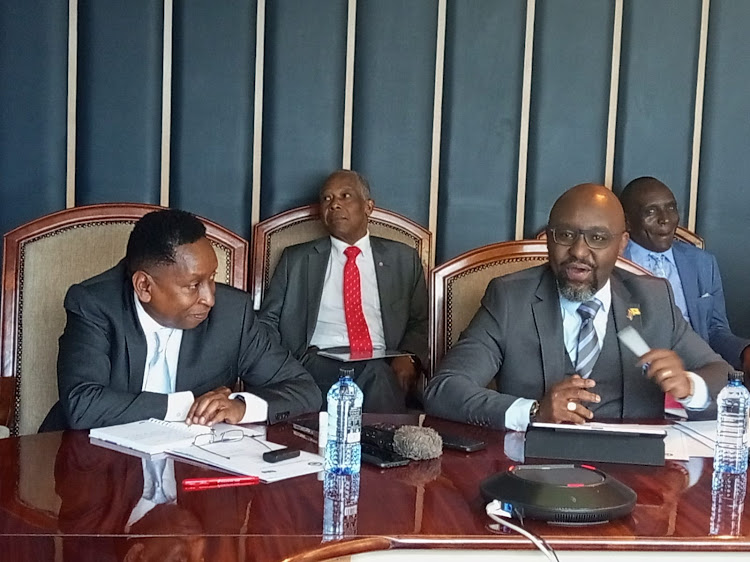 NHIF board chair Lewis Nguyai and CEO Peter Kamunyo during a meeting with the National Assembly health committee at NHIF headquarters on November 24, 2022
Image: MAGDALINE SAYA

The National Health Insurance Fund has defended why the largest chunk of reimbursements are to private health facilities.

NHIF CEO Peter Kamunyo on Thursday told the National Assembly Health Committee that the insurer does not favour private facilities as has been perceived by the public.

"We don't favour any hospitals because Kenyans have a choice of where to go," Kamunyo told the committee.

This is after data from the national health insurer showed that 65 per cent of reimbursements go to private facilities, 15 per cent to faith-based facilities with only 19 per cent go to public health facilities.

Of greater concern to the committee is that more than 40 per cent of the 65 per cent goes to two private facilities.

Kamunyo has said Kenyans prefer going to public health facilities due to the better services.

14,000 children are born with sickle cell in Kenya every year
News
1 week ago

NHIF must save public hospitals

The National Hospital Insurance Fund does not remit cash to public hospitals on time.
Opinion
1 week ago

Procurement review board orders fresh evaluation of bids by November 28
News
1 week ago
Post a comment
WATCH: The latest videos from the Star
by MAGDALINE SAYA REPORTER
News
24 November 2022 - 11:57
Read The E-Paper