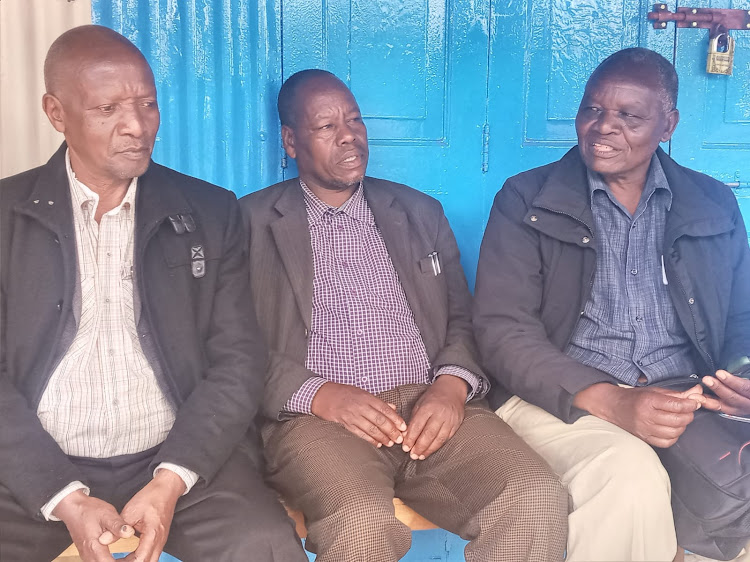 A group of farmers and lobbyists have sharply differed with legislators over the importation of GMO maize by the government.

The farmers under the Kenya National Farmers Federation umbrella Nandi branch region claimed that the GMO maize is unnecessarily being politicised.

Kutto said maize production during the 2022 period will not satisfy the country’s expected target.

He said this necessitated the government to allow the entry of GMO products needed to avert deaths resulting from hunger.

The chairman said maize farmers from the North Rift need not to worry over their produce because there has been crop failure in many parts due to erratic weather conditions.

He also said majority of traditional maize and wheat farmers were unable to cultivate their farms due to the high cost of inputs as prices doubled in 2021 planting season.

Speaking in Kapsabet town, the federation faulted legislators for threats against Trade CS Moses Kuria saying the MP’s lacked facts in their argument.

They said maize production this year is 45 per cent of what was expected.

“I would have expected our leaders to tell the nation the number of sacks each region will produce and how they would adversely be affected by the importation. The regions have barely enough food now, how about the grim pictures of malnourished citizens?” Kutto said,

"The maize issue is only meant to serve political interests as no one is giving an alternative in combatting hunger and starvation," Kutto added.

Leaders from the North Rift and Western regions protested over the importation of GMO maize demanding for a halt, until local farmers complete their harvesting.

Currently, local maize millers are purchasing a 90kg bag at Sh5,350 while retailers are selling two kilogrammes of maize at Sh160.

Kutto further said the federation is targeting the youths to venture into farming and make it a business.

He said some youths are undergoing various trainings on value addition.

With the support of the royal government of Netherlands – SNV, Kutto said the county governments should expand extension services.

“Many agricultural extension officers are unable to move from their offices due to little or no resources from the respective counties,” Kutto said.

Why GMO maize is safe to eat — MP Mutunga Kanyuithia