MoH targets 70% of teenage girls with HPV jab before January 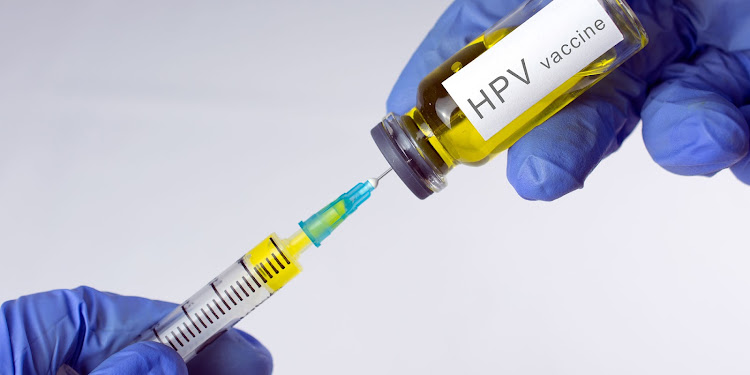 The Ministry of Health is targeting to vaccinate at least 70 per cent of teenage girls with the lifesaving HPV vaccine before the end of the year.

The former President Uhuru Kenyatta launched the vaccination campaign in October 2019 with a target to reach 800,000 girls within one year.

More than one year since the Human Papillomavirus Vaccine was launched in the country, the optimal number of girls reached remains a concern.

The low uptake has been attributed to the Covid disruptions that led to closure of schools yet most of the targeted population are school going girls.

“Covid disruption made us backtrack a bit in terms of attaining our target of reaching to more than 90 per cent of the adolescent girls and we had a low of 37 per cent in 2021,” head of preventive and promotive health at the ministry Andrew Mulwa said.

“We have been working on accelerating the vaccination among these groups, revamping the school health policy, accessing the young girls in schools and this has been ongoing across the country."

The ministry through the National Vaccines and Immunisation Programme introduced HPV vaccine into the routine immunisation schedule in an effort to reduce the burden of cervical cancer in the country.

The vaccine against the cancer-causing HPV targets 10-year-old girls and is administered in two doses six months apart, to about 9,000 public, private and faith-based facilities countrywide.

But with the onset of Covid-19, the national immunisation programme was affected due to either the severe health system constraints or physical distancing measures in place to mitigate the pandemic.

“We are enrolling this as part of routine immunisation. The vaccines are available not just at the subcounty but also at the lowest level of vaccination facilities which is basically 90 plus per cent of primary healthcare facilities in this country,” Mulwa said.

In Kenya, cancer of the cervix is the second most common kind of cancer in women aged 15 to 44 years after breast cancer.

It kills nine women every day, about 3,000 every year, a lethalness only second to breast cancer.

It was hoped 2021 would be a year of recovery, but only a few countries are showing improvement
News
6 months ago

KMTC to train treatment of cervical cancer lesions by freezing

Early sex blamed for rise in cervical cancer among teens

Kwale nursing officer says many young mothers below 25 years have been diagnosed with the disease
Counties
8 months ago
Post a comment
WATCH: The latest videos from the Star
by MAGDALINE SAYA REPORTER
News
16 November 2022 - 16:06
Read The E-Paper