Criminals attack a villager with a simi leaving him with deep cut, raid another man's home the following day 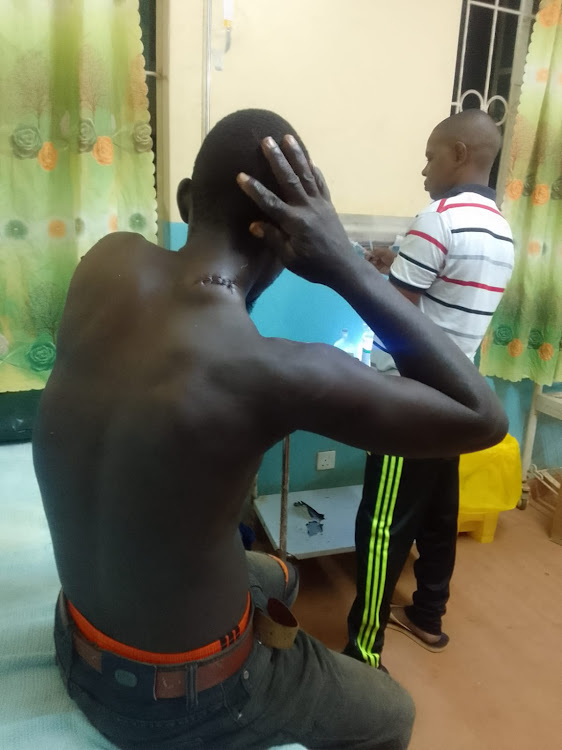 SURVIVED Mutie Mutia who was attacked by a camel herder on November 12, 2022
Image: MUSEMBI NZENGU

Tension was high on Sunday in Ngomeni ward of Kitui county after a camel herder attempted to hack a local to death with a simi.

After the about 6.30pm incident on Saturday, a gang of six  armed bandits attacked a second village in the wee hours of Sunday and raided the home of Sammy Musya.

Following the two incidents, on Sunday villagers started fleeing their homes. They are wary of further attacks associated with the presence of camel herders from North Eastern region in their midst.

During the Saturday evening incident Mutie Mutia escaped death by whisker when he survived being beheaded by a camel herder using a sword.

According to Kyuso Subcounty Police Commander Nicholas Mutua,  Mutia aged 42, was slashed at the back of his neck by a somali herdsman in Kanyunyi village.

Mutua said Mutia  was driving out a herd of 100 camel that had strayed into his farm when a bitter exchange ensured with the herder and the latter attacked him with a simi.

The Subcounty police chief said on phone on Sunday that the herdsman attacked his victim from behind in the apparent attempt of hacking him to death.

He said he had dispatched a team of security officers to the area to track down the herdsman who attempted to kill Mutia. He is believed to be hiding in the near by thicket.

Mutua added that the security team was also tracking down the bandits  who raided a home of Musya in the wee hours of Sunday morning.

"We have received information that at around 4am on Sunday morning,  armed bandits drove into the home in Munyuuni village and forced the occupants to flee for dear life."

"We are investigation the incident to established whether it has any connection with the stabbing incident that happened on Saturday evening," he said.

He said it was not clear  what the motive of the six armed bandits who raided Musya's home was, as they did not steal anything.

They arrived at the home in a probox taxi and were said to be armed with what looked like rifles, he said.

Meanwhile, Mutia who survived the herdsman's attack suffered a deep cut at the back of his neck and was left for the dead with blood oozing from the gash.

He was however rescued by villagers who took him to Ngomeni health centre where the cut was stitched. 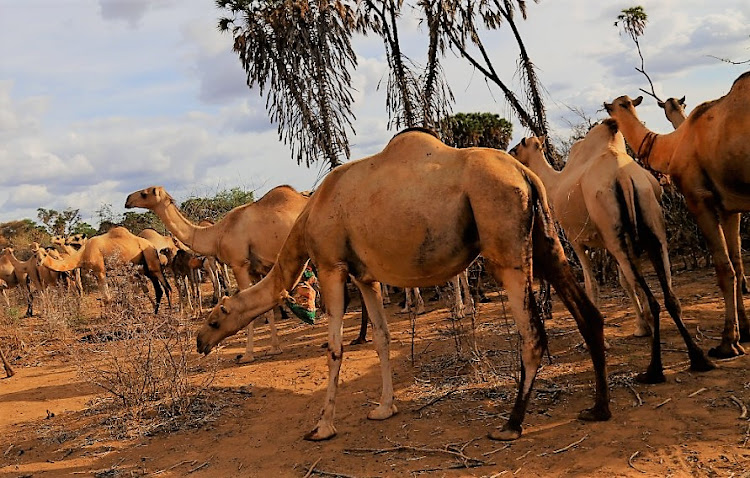 He lamented that they were still freely roving the area despite being given an ultimatum to move out in 10 days during as security meeting held on October 27.

"The government has been taking us for a ride. Why have they not pushed the killer and aggressive Somali herders out of our area since the expiry of the ultimatum?"

"They may force use to seek other means to drive out the camel herders," he said.

He said it was painful for camels to invade peoples' shambas where crop had been planted following the onset of the delayed October-December short rains.

"They use probox taxis to transport the goats they steal from locals to far off places like Mboga Wells in the neighbouring Tana River county. They should be expelled from our area," he said.

Kyuso police boss said massive operation to drive the camel herders out of the affected areas of Ngomeni will begin on Monday.

"We have had enough of the visiting camel herders.  We are getting them out of our area starting tomorrow," he said.

NCIC taken to task over clashes in Kitui

Dozens of people have been killed or injured in clashes triggered by camel herders who have been pushed by drought to Kitui.
News
2 weeks ago

Kasalu alarmed with invasion of armed camel herders in Kitui

The Woman Rep said herders had caused injuries, even death
News
3 weeks ago

Herders from Garissa and Tana River have clashed with residents of Kitui whose farms they invade
Counties
3 weeks ago
Post a comment
WATCH: The latest videos from the Star
by MUSEMBI NZENGU News Correspondent
News
14 November 2022 - 04:55
Read The E-Paper