DPP should resign for lack of concrete evidence in cases – Kajwang

Homa Bay senator accused the DPP of attempting to please the new administration. 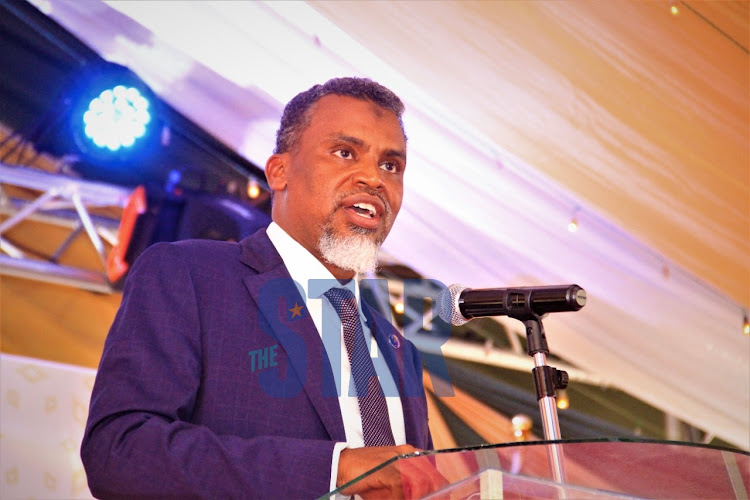 Director of Public Prosecution Noordin Haji is under pressure to resign following the revelations that he recommended charges on some prominent personalities on flimsy grounds.

Homabay Senator Moses Kajwang said Haji should quit after he confessed to not having concrete evidence thus he did not have to prosecute cases.

“DPP is trying put George Kinoti under the bus but until he tells the country why he didn’t prosecute the Ruaraka matter, he should not cast aspersion of the DCI,” Kajwang said.

Kajwang insisted that there was a need to have institutions that are allowed to operate independently and have leaders of institutions who do not associate with the new administration.

He said the office of DPP is broken, hence the need to clean up the institution's leadership.

“DCI stated that if the door is closed, he will pass through the window to smoke the gun which alludes to people closing the door for him to be able to execute justice,” she said.

Mukurwe-ini MP, John Kaguchia among other panellists supported the motion and said that they knew they were not doing the right thing.

“When the new administration took charge, why did they resign? Because they knew they had misused and abused their offices. Why were there no other officials resigning? Because he knew what he was doing was not right,” Kaguchia said.

The MP said there was trust between the DPP and DCI when they started working only for Haji to realise that the cases being forwarded by DCI were politically instigated.

He said the DCI was neither sacked nor disbanded by the new administration.

He said that DCI was the hand used to untwist politicians to a certain kind of thinking.

“Anyone willing to be in coalition with the handshake brothers, their cases were either acquainted, forgiven or postponed. He was conned that his case had been withdrawn,” he said.

Former Law Society of Kenya chairman Isaac Okero said the dropping of charges by the DPP undermines the credibility of his office.

Okero told the Star Haji needs to come out clean on the matter and state whether he was under pressure from the political class and name the individuals who pushed him to make the decisions.

He said the DPP either did not do his job well or he was forced to fabricate charges.

“There is no escaping this, it is either we just have to question his credibility or competence. If some pushed him, they must bear the consequences,” he said.

Kenyans are questioning the credibility or competence of the office.
News
2 months ago

"We felt there was sufficient evidence to charge but later we discovered the documents were forged."
News
2 months ago

I don't regret working with Kinoti, I stood firm - Haji

Why I dropped Aisha Jumwa and Kenya power cases — Haji

The DPP said he is still reviewing other cases before him.
News
2 months ago

"We felt there was sufficient evidence to charge but later we discovered the documents were forged."
News
2 months ago

Kinoti will be prosecuted if found guilty of any crimes - Haji

"If somebody broke the law, they would have to face the law."
News
2 months ago
Post a comment
WATCH: The latest videos from the Star
by NANCY KAMAU
News
01 November 2022 - 12:50
Read The E-Paper