Why Lyman is key target for Ukraine

The city is also a key railway centre, connecting the Donetsk, Luhansk and Kharkiv regions

•Ukraine says its troops have recaptured two villages on the outskirts of Lyman. 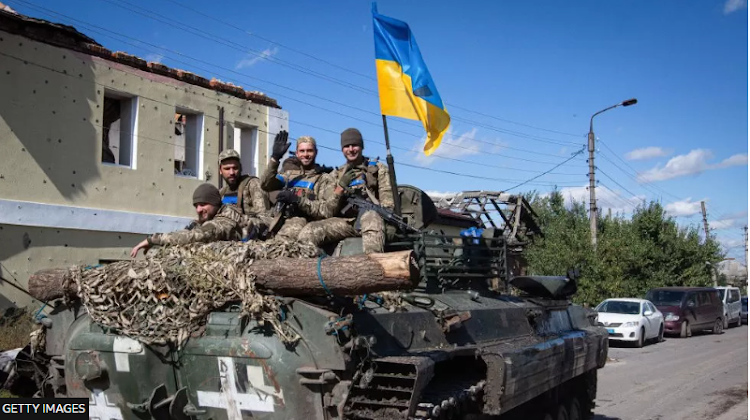 Since capturing Lyman in late May, Russian troops have transformed the city in the Donetsk region into a major logistics hub for troop deployments and ammunition supplies.

The city is also a key railway centre, connecting the Donetsk, Luhansk and Kharkiv regions in Ukraine's east and north-east.

As many as 5,000 Russian troops could be currently trapped in Lyman, and its recapture by Ukraine would be one of Russia's worst military defeats since the start of its invasion on 24 February.

It would allow Ukrainian troops to completely mop up the northern part of the Donetsk region and move further into neighbouring Luhansk region.

Ukraine says its troops have recaptured two villages on the outskirts of Lyman.

US will 'never' recognise Russian claims in Ukraine

The US will impose new sanctions on Russia as a result of the annexation.
News
4 months ago

The Russian president will make a major speech at the Kremlin.
News
4 months ago
Post a comment
WATCH: The latest videos from the Star
by BBC NEWS None
News
01 October 2022 - 12:09
Read The E-Paper