The trio died after the small boat on capsized midway. 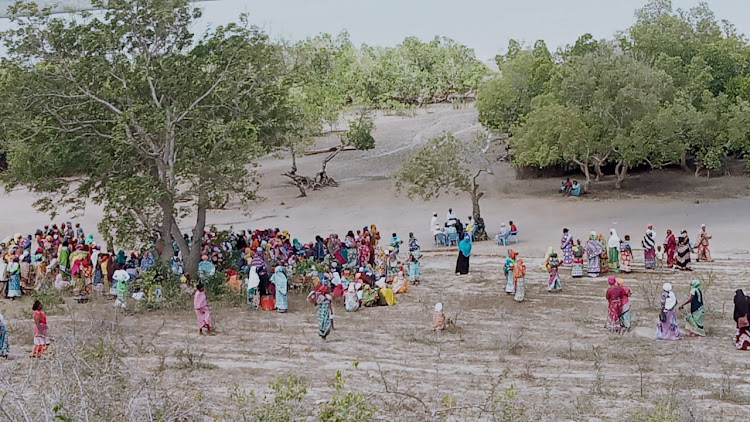 Three people lost their lives in a boat accident at Mkupe in Kwale county on Tuesday evening.

The three — two women and a child — died after the small boat they were sailing on capsized midway, according to police and the residents.

The Mkupe creek is about 1.4km long.

Residents said there were five people on the boat – two women, two children and the boat operator, when the accident occurred.

Luckily, the boat operator rescued one of the children and swam to safety together.

The young child was rushed to Port Reitz hospital in Mombasa county, as police, residents and the Kenya Coast Guard launched a search mission for the remaining three.

According to Kinango subcounty police commander Selina Kilugha, the boat was hit by strong waves before it capsized.

The incident occurred near the ongoing phase two of the Dongo Kundu construction site, which includes the construction of two bridges linking Miritini to Kwale.

It is believed that the deceased were attending a burial ceremony of a family member in Likoni within Mombasa.

The bodies of Chauchi and Chaka have been retrieved.

“During the search, the first body to be retrieved was that of the child and later they managed to retrieve the body of another woman,” said Kilugha.

Kilugha said efforts to find the third body have been intensified.

The residents have joined security agencies in locating the missing bodies.

The police chief advised both residents and boat operators to be extra careful while crossing the creek.

Otieno's family, friends and colleagues have started looking for his body.
Counties
8 months ago

Lamu lobby wants women trained in swimming to save lives

Powerful winds are currently being experienced at sea and thus hindering navigation.
Counties
10 months ago
Post a comment
WATCH: The latest videos from the Star
by SHABAN OMAR
News
28 September 2022 - 23:00
Read The E-Paper