•Using their own contractors, NMS has been renovating Uhuru and Central parks to give them a world-class modern look.

•The parks had been outdated and renovations ought to have been done 20 years ago. 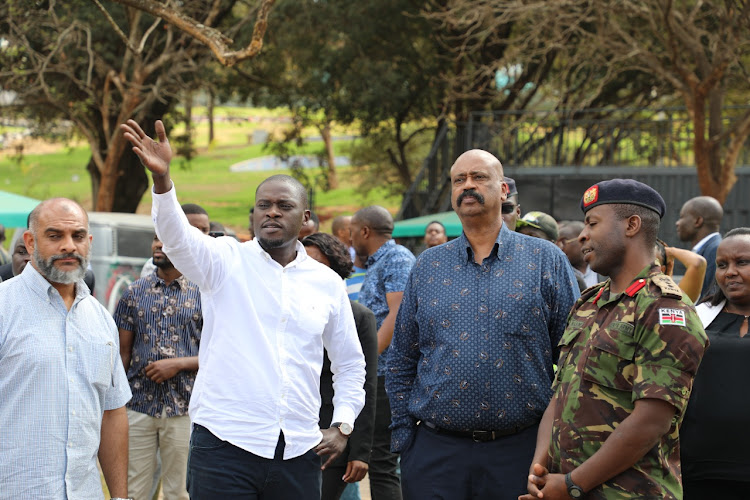 On Friday, Sakaja togther with Badi and Nairobi Metropolitan Services toured the two parks, where Sakaja was highly impressed by the works.

'Well done Maj. Badi and NMS  team on Uhuru Park. Nairobians will really enjoy this. We plan to have parks and recreational areas throughout the city as all Nairobians deserve this. Asante sana,' Sakaja said.

He revealed that wonderful works are ongoing at Uhuru Park and it is about to be completed.

He wrote "Hii Uhuru' Park itashika sana. Wonderful works ongoing and about to be completed. Enjoyed the tour. Ever had a boat ride at Uhuru Park? If not ngojeni tu kiasi,' Sakaja added.

NMS Boss Badi had revealed that Sakaja will decide whether members of the public will access Uhuru and Central parks for free or charge a fee.

"On payment issues, it will depend on the new governor and his vision of raising revenue," he told the Star.

After 11 months of closure and renovations, Uhuru and Central parks were officially commissioned on September 12, 2022, by former President Uhuru Kenyatta.

Uhuru had earlier told off critics regarding the ongoing renovations at Uhuru and Central Parks, insisting that it was part of plans to change the face of the city.

The closure of the iconic parks for renovation did not sit well with a section of Kenyans who claimed that it was a land-grabbing scheme.

"Those who were saying we have grabbed Uhuru Park and Central Park come to see the work we are doing,” Uhuru stated. 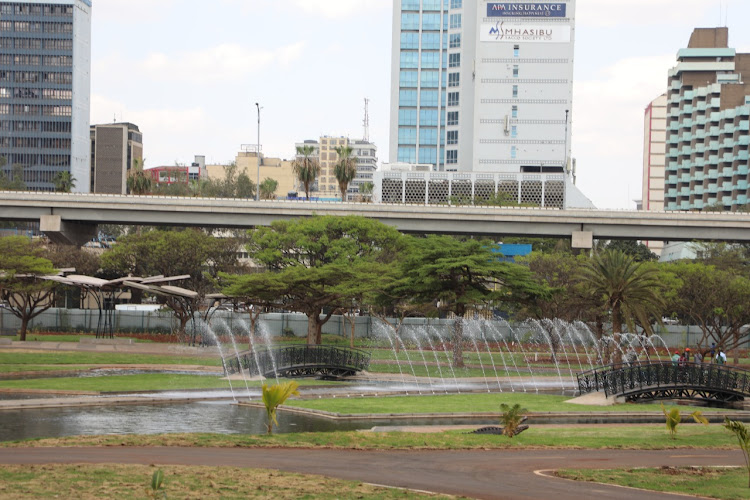 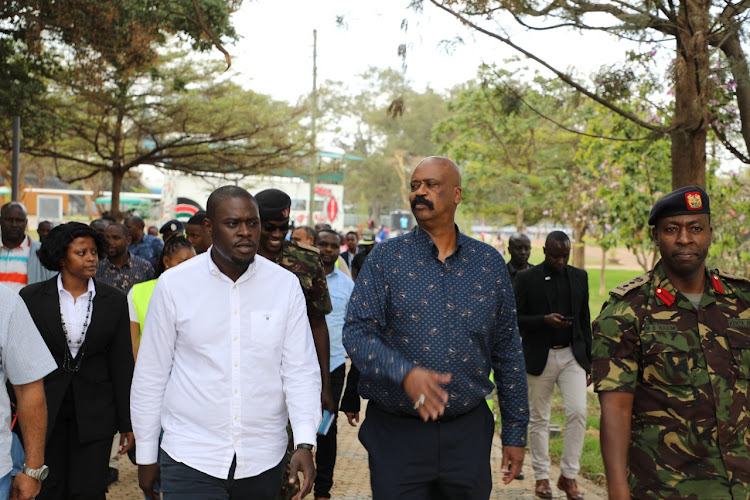 Using their own contractors, NMS has been renovating Uhuru and Central parks to give them a world-class modern look.

The parks had been outdated and renovations ought to have been done 20 years ago.

MPs allocated Sh1 billion for the renovation of both parks.

"Most of the children’s playgrounds in the estates have been grabbed and they lack a place where they can play and mingle. Once we complete Uhuru Park, it will be an epic place for families," Badi noted

There will be an outdoor amphitheatre fitted with an audio-visual screen, a Nyatiti-shaped events garden, and a children’s play area, with bouncing castles and merry-go-rounds.

They will be fenced and manned, allowing the two parks to operate on a 24-hour basis.

There will be terraced sitting areas with a biosphere look, a dancing fountain put up along Processional Way, several eateries and two high-end restaurants

The two parks were closed for renovations in October after Nairobi MCAs approved a motion to rehabilitate them.

A motion by former Nairobi Majority leader Abdi Ibrahim Guyo sought to have the parks urgently closed and restored to their former glory.

Guyo said the iconic parks have suffered years of neglect and are in a state of disrepair.

He said they risk losing their appeal, historical significance and recognition should they not be rehabilitated quickly. 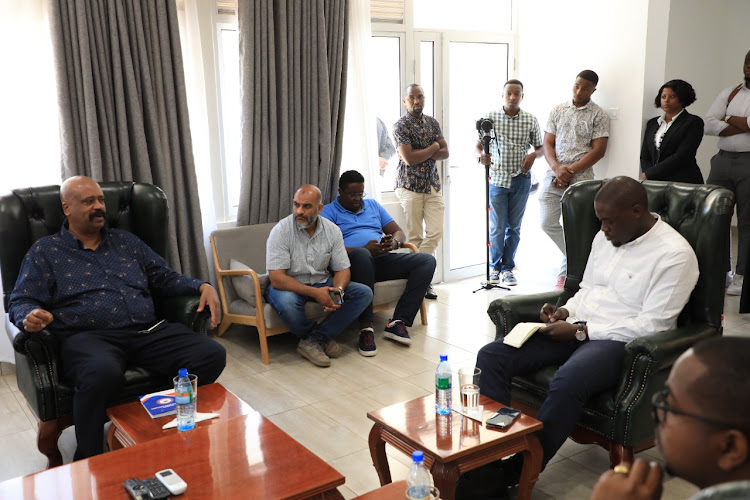 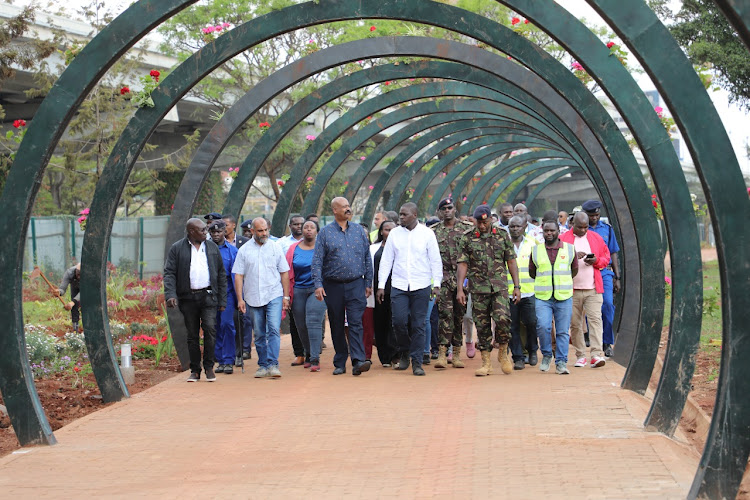 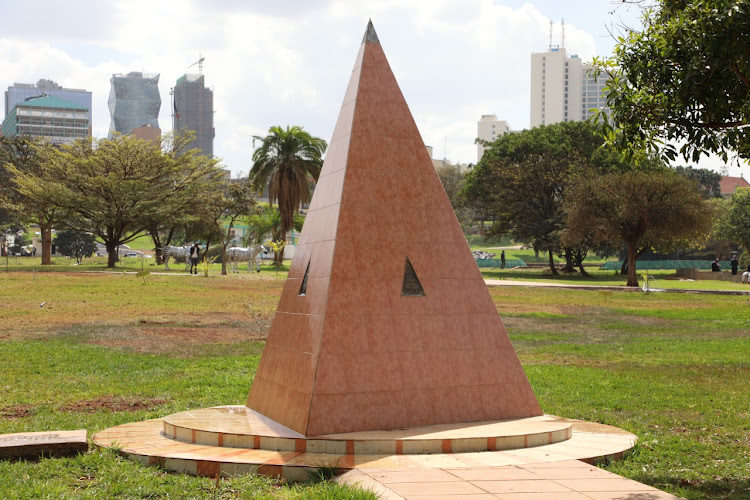 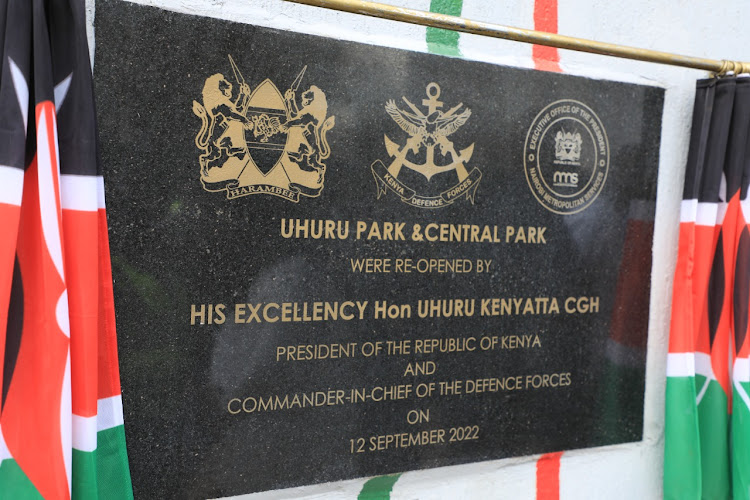 NMS DG Mohammed Badi said the launch will be a 'Fireworks Extravaganza'.
News
4 months ago

MPs allocated Sh1 billion for renovations of both Uhuru and Central Parks.
News
5 months ago
Post a comment
WATCH: The latest videos from the Star
by MAUREEN KINYANJUI News Reporter
News
24 September 2022 - 11:40
Read The E-Paper