"Ruto is now in charge. When one wins you work from there, moving forward."

• Wambugu said President William Ruto and his Kenya Kwanza Alliance should focus on running the country and stop blaming the former administration.

• His remarks come a few hours after the Treasury CS Ukur Yatani dismissed the claims squander. 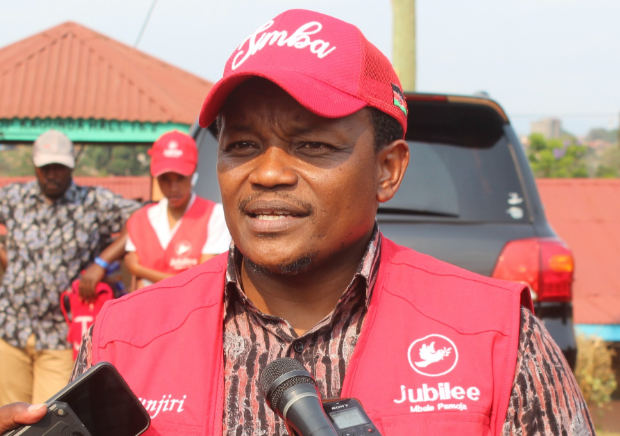 Wambugu said President William Ruto and his Kenya Kwanza Alliance should focus on running the country and stop blaming the former administration.

"UDA now needs to move on-Uhuru left. The habit of blaming Uhuru now needs to stop. Uhuru finished his term. He left. He handed over office to William Ruto," he said on Thursday.

"Ruto is now in charge. When one wins you work from there, moving forward. You can’t keep saying "we could do this but the guys before us had done that, so we can’t" … You guys are now running the government for ALL of us. Let’s move - forward."

On Saturday, Nandi County Senator Samson Cherargei claimed that there was only Sh93 million left in the National Treasury.

He claimed that Uhuru was responsible for draining the public reserves.

"The economy is no longer in ICU But Death because H.E Ruto found only Sh93.7M at the treasury, Uhuru went home with everything. State Capture is REAL!" he tweeted on Saturday.

Wambugu's remarks come a few hours after the Treasury CS Ukur Yatani dismissed the claims that there is no money at the treasury.

"Sometimes we argue out of ignorance. I feel very sympathetic with the situation because there is a lot of ignorance about it," he said.

Yatani spoke during the Senators' induction in Naivasha.

He pointed out that government does not store the revenue collected to distribute it later.

"The government does not collect money, store it in one place and then distribute it after one month or year, we raise revenue on a daily basis and fund the state on a daily basis," he said.

He says the government collects money and spends it on a daily basis.
News
5 days ago

He said the country is broke, urging Kenyans to be patient as the issue is being dealt with.
News
1 week ago
Post a comment
WATCH: The latest videos from the Star
by SHARON MWENDE
News
22 September 2022 - 16:47
Read The E-Paper