"I have voluntarily resigned. They can now eat hot air."

•In a statement on Thursday, Wamae said she has resigned from the party voluntarily. 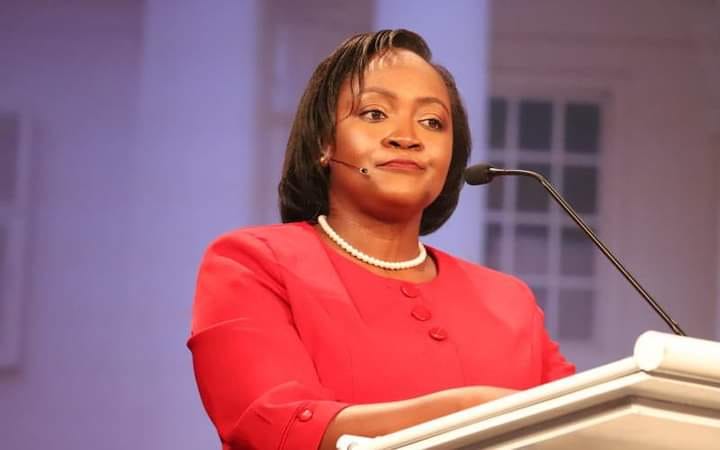 Former presidential running mate Justina Wamae has called it quits as a member of the Roots party.

In a statement on Thursday, Wamae said she has resigned from the party voluntarily.

In an apparent swipe at the party officials, Wamae disclosed that the Roots party's end goal was to get the political party's funds.

"A party is not entitled to funding if they do not have elected members. The hostility besides the project was that mizizi will benefit from the fund. I have voluntarily resigned. They can now eat hot air. Watch this space," Wamae tweeted.

Wamae said she left the party since she joined it to be the running mate of Presidential candidate George Wajackoyah, a role which she says has expired.

"My role as Roots party of Kenya presidential running mate lapsed with the declaration of President William Ruto and Deputy President Rigathi Gachagua on 15th of August and subsequent upholding of the election by the Supreme Court of Kenya on September 5," she said in her resignation letter.

"I tender my resignation as a member of the Roots Party of Kenya. Kindly accord the ORPP the requirements for my name's prompt removal from your party register."

Post a comment
WATCH: The latest videos from the Star
by SHARON MWENDE
News
22 September 2022 - 17:21
Read The E-Paper