•Kiusya in 2013 contested for the same Machakos County Assembly speaker seat against Mung’ata among other candidates but lost.

•In 2017, she again made a second stab at the seat against the outgoing Machakos Speaker Florence Mwangangi but again lost. 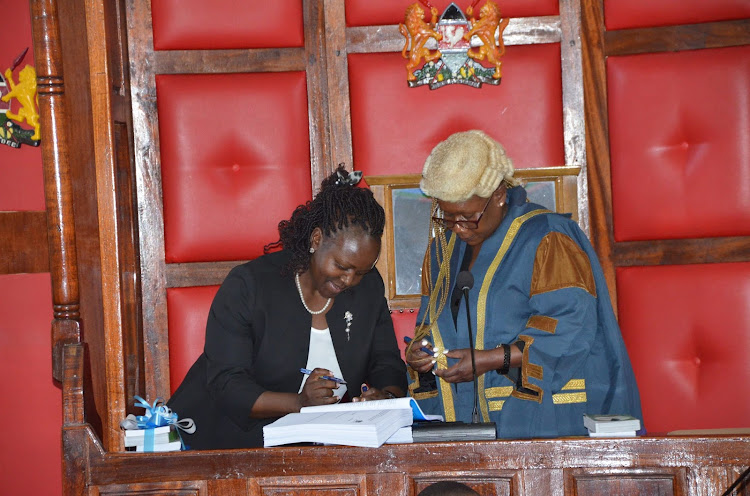 The county legislators said Kiusya was competent, humble and hardworking.

“Today we have elected a competent, humble, and hardworking speaker who will work closely with Governor Wavinya Ndeti,” nominated MCA Irene Mbithe said.

Mbithe said as MCAs, they were looking forward to a peaceful and “smooth” government of Machakos.

“I personally take this opportunity to congratulate our madam speaker for having been overwhelmingly elected. She has now joined the other women leaders in our county,” Mbithe said. 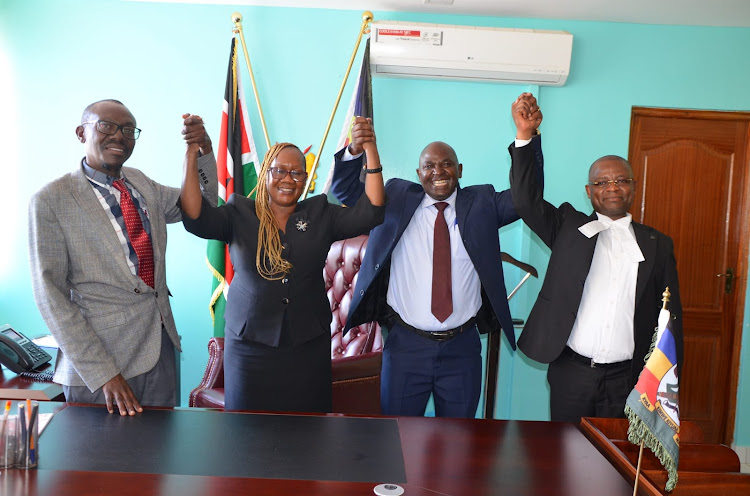 “I’m happy as a woman, this is encouraging having great women as leaders of our county.”

Catherine Kyee said the newly elected speaker had proved her leadership not only in politics but also in the society.

Kyee said as a lawyer and known business mogul in the county, Kiusya had transformed and uplifted livelihoods of tens of residents including the youth and their families.

Kiusya, a seasonal Machakos based lawyer, is the third Speaker of Machakos County Assembly.

Sixty MCAs participated in the speaker’s voting exercise after they were sworn in Tuesday morning before casting their votes.

All the MCAs, 40 elected and 20 nominated were sworn in by Mutisya.

Mung’ata is also a long time practicing lawyer based in Machakos County. He served at the same assembly as the pioneer speaker between 2013 and 2017.

He contested for Machakos senatorial seat on a Maendeleo Chap Chap party ticket in 2022 but lost to Senator Agnes Kavindu.

Kiusya in 2013 contested for the same Machakos County Assembly speaker seat against Mung’ata among other candidates, but lost, she managed only one vote. 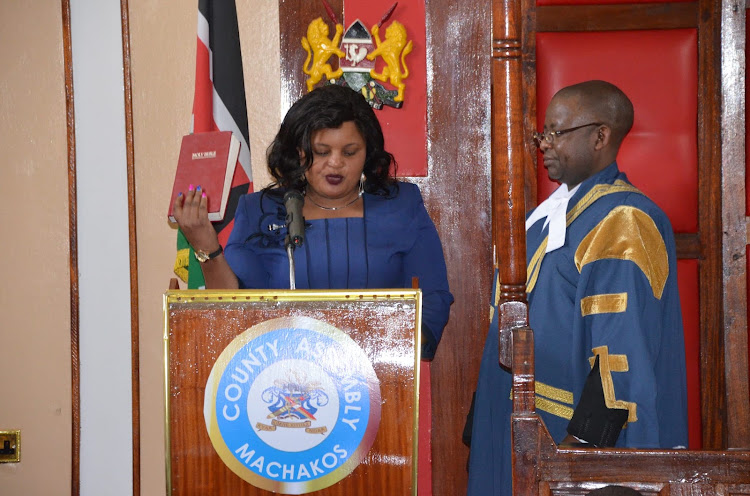 In 2017, she again made a second stab at the seat against the outgoing Machakos Speaker Florence Mwangangi, but lost. She got no vote.

This was her third attempt which she successfully won following a massive support from Wiper leadership.

Wiper leader Kalonzo Musyoka, however, distanced himself with the Ukambani counties’ speakers’ elections.

Kiusya later presided over the election of her deputy.

The speaker promised to unite the house stating that she will not discriminate against any member.

Kiusya said she will give the MCAs equal opportunities at the assembly without fear or favor and in line with the assembly’s standing order and Kenyan law.

Outgoing Speaker Florence Mwangangi who was present at the assembly handed over the office to Kiusya.

“I came here today to hand over to the newly elected speaker Ann Kiusya. My call to the speaker and the entire assembly is to deliver services to Machakos County residents,” Mwangangi said

Mwangangi said all county assemblies in the country were faced with a common challenge since they don’t have financial autonomy.

“All county assembly funds pass through county’s executive. And you should be wary that county assemblies should play oversight roles to the executive, that’s according to the current legal arrangements,” she said.

Mwangangi urged the parliament to pass laws that will give county assemblies financial autonomy to ensure devolution becomes successful.

This she said will make oversight role easier.

Post a comment
WATCH: The latest videos from the Star
by GEORGE OWITI Correspondent - Machakos
News
21 September 2022 - 00:12
Read The E-Paper