It is alleged they irregularly procured borehole repair services for Sh3,635,512 in Mororo, Madogo town

•  All three denied the charges and said they had not been working for five years and asked for lenient bond terms.

• They denied the charges, ordered freed on bond of Sh1m with surety or cash bail of Sh500,000. Terms to be reviewed on October 6. 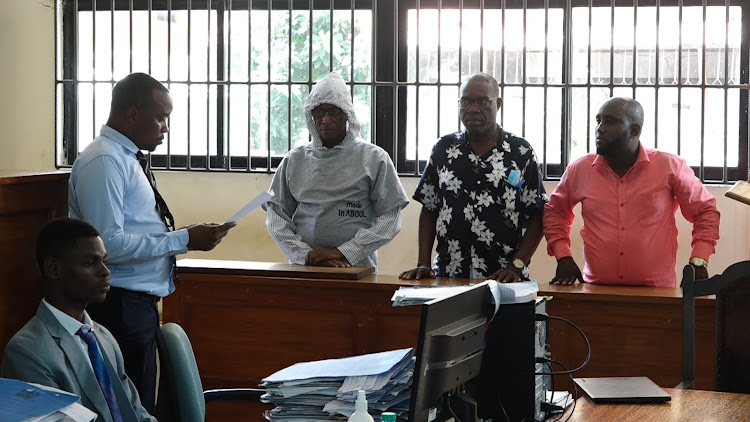 It is alleged they irregularly procured borehole repair services worth Sh3,635,512 in Mororo, Madogo town.

They denied all charges of wrongdoing, said they had been out of work for five years and sought lenient bail.

The three are Mohamed Guracho, a former chief officer for Water; Salim Makarani, a technical manager; and Gwiyo Madubi, director of Water for the Tana River government.

They were arrested by EACC detectives and appeared before Malindi chief magistrate Elizabeth Usui.

The charge sheet read that between February 15, 2016, and July 1, 2017, they jointly committed an economic crime by failing to comply with the law on procurement. It said they irregularly engaged Davis and Shirtliff to repair boreholes in Mororo, Madogo town, Tana River county.

On a second count, Guracho, who was chief officer for Water, on February 15, 2016, is accused of abusing his office by failing to comply with the law on public procurement and violating the Anti-Corruption Crimes Act.

The charge sheet said he irregularly procured the services of Davis and Shirtliff to repair boreholes in Mororo, Madogo town.

Makarani also faces a charge of abuse of office. The charge sheet said that on February 15, 2016, he irregularly procured the services of Davis and Shirtliff for the repair of boreholes at Mororo in Madogo town. He was technical manager for Tana Water and Sanitation Company.

Madubi, who was director for Water, faced a similar charge of illegally procuring the services of the company to repair boreholes.

The magistrate ordered them each to be released on Sh1 million bond with one surety or alternative cash bail of Sh500,000.

Guracho said he turned himself into the EACC. He urged the court for cash bail of Sh50,000.

The prosecution from the Office of the DPP, Kennedy Kirui, did not object to the request for lower bail.

The magistrate said the bond terms stand for now. She said the court will order a probation report before reviewing the terms on October 6.

Almost half of the country is already facing food insecurity and this might worsen.
Opinion
1 week ago

Situation has led to sharp rise in malnutrition especially among pregnant women and children under five.
News
2 weeks ago

More than 7,000 people depend on the river for their livelihood
Counties
2 weeks ago
Post a comment
WATCH: The latest videos from the Star
by ALPHONCE GARI Correspondent, Coast Region
News
21 September 2022 - 23:00
Read The E-Paper