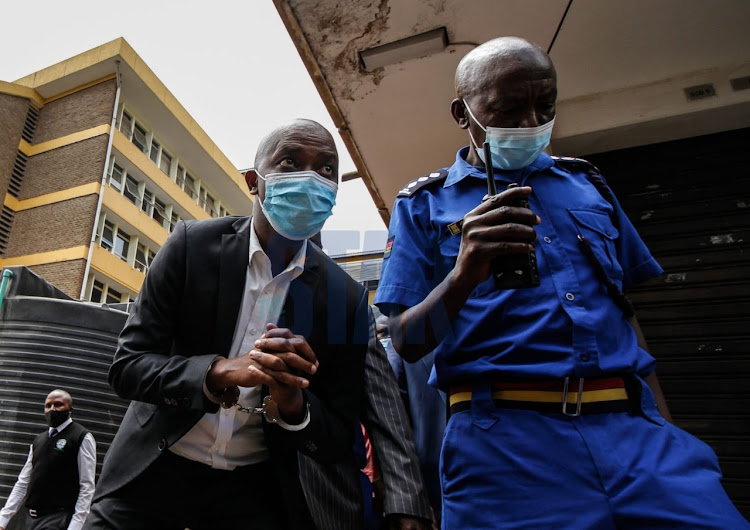 The High Court on Wednesday dismissed an application Mwendwa had filed to block his prosecution.

Mwendwa was first arraigned on November 14, 2021, in a case in which he is accused of fraudulent acquisition of cash and property worth Sh38 million from FKF.

He was however discharged in July 2022 under Section 202 of the Criminal Procedure Act for want of prosecution. His lawyer, Eric Mutua, has argued that the prosecution had failed to produce evidence.

However, the DPP filed fresh charges at the Kiambu law courts, nine days after his discharge. An aggrieved Mwendwa then rushed to the High Court in Nairobi to stop the charges.

On July 21, Justice Esther Maina suspended the fresh charges intended to be read to Mwendwa following an application by lawyers Eric Mutua and Charles Njenga.

The lawyers argued that Mwendwa's rights were being infringed.

Kiambu senior principal magistrate Kibet Sambu had ordered the embattled FKF chief to appear in court and answer to fresh charges failing which he would be jailed for contempt.

On Wednesday, Justice Maina dismissed Mwendwa's application, paving the way for the DPP to proceed with fresh charges against him.

Maina said her court lacked jurisdiction to hear the matter. She referred the matter to the High Court in Kiambu.

The ruling will compel Mwendwa to appear before Sambu at the Kiambu law courts to face fresh charges.

Sambu had on July 7 ordered Mwendwa to appear before his court, warning that should he fail to do so, it would be deemed that he had defied the order and therefore liable to a prison term not exceeding six months.

“If any party served with this order does not comply or adhere to it, he/she shall be liable to imprisonment by the court for a period not exceeding six months,” Sambu said, citing the Penal Code.

The application for fresh summons for Mwendwa to attend court for fresh plea-taking had been presented before Sambu by assistant director of public prosecutions Joseph Gitonga.

“Upon hearing the state counsel in the absence of the accused person, I hereby issue summons requiring him to attend court for plea-taking on July 11, 2022,” Sambu directed.

On Wednesday, the DPP dropped graft charges against the ousted FKF boss.
News
2 months ago

He could still be re-arrested, if state gathers enough evidence, willing witnesses.
News
2 months ago

He had been arrested in December 2021 and charged with conspiracy to defraud
News
2 months ago
Post a comment
WATCH: The latest videos from the Star
by PETER OBUYA
News
22 September 2022 - 10:19
Read The E-Paper