"I am a fighter my friend. He is inviting me to a feast."

•Omtatah alleged that the Supreme court judge texted him threats, ostensibly, over his comments on the Presidential petitions of the August 9, polls. 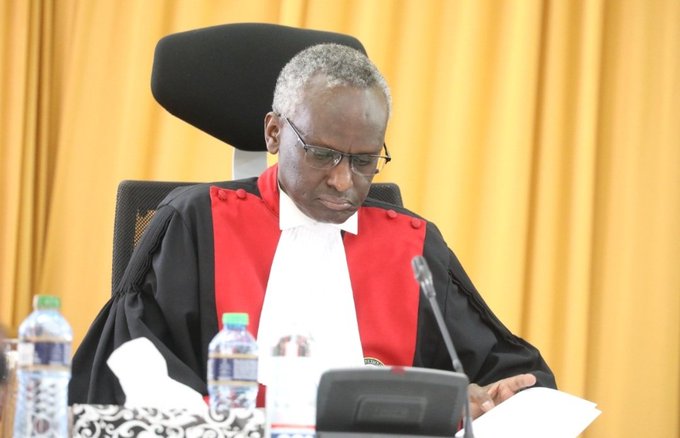 In an interview with Citizen TV on Wednesday, Omtatah alleged that the Supreme court judge texted him threats on Whatsaap, ostensibly, over his comments on the Presidential petition that was dismissed by the apex Court.

He went on to say that he is ready to take on the Supreme Court judge saying he has chosen a war he enjoys fighting.

"I am a fighter my friend. He is inviting me to a feast. Especially coming from a judge of Supreme Court. I have litigated before you then you come and threatened me? You don't get away with it," he said.

Justice Lenaola is one of the seven Supreme Court judge who unanimously dismissed petitions filed by Azimio leader Raila Odinga and six others who had challenged the declaration of William Ruto as the President-elect.

Omtatah was one of the petitioners who filed a case challenging the declaration of Ruto as the winner of the August 9, polls.

Senator Omtatah did not disclose why the Judge allegedly threatened him.

The court on Monday said it executed its mandate in accordance with the Constitution.
News
4 months ago

The court has also dismissed claims that some of its judges have submitted resignation letters.
News
4 months ago

The Judiciary of Kenya has termed the news as fake.
News
4 months ago
Post a comment
WATCH: The latest videos from the Star
by THE STAR REPORTER
News
15 September 2022 - 01:08
Read The E-Paper