Say they were on the original nominations list gazetted in July this year but were removed from the final list.

The supporters, some of whom had been in an initial list that was gazetted by IEBC in July and later reverted to the party for review said the nominations have been unfairly distributed.

Despite leaders agreeing that each MP would have a slot, Kiharu constituency got seven slots while others had none. 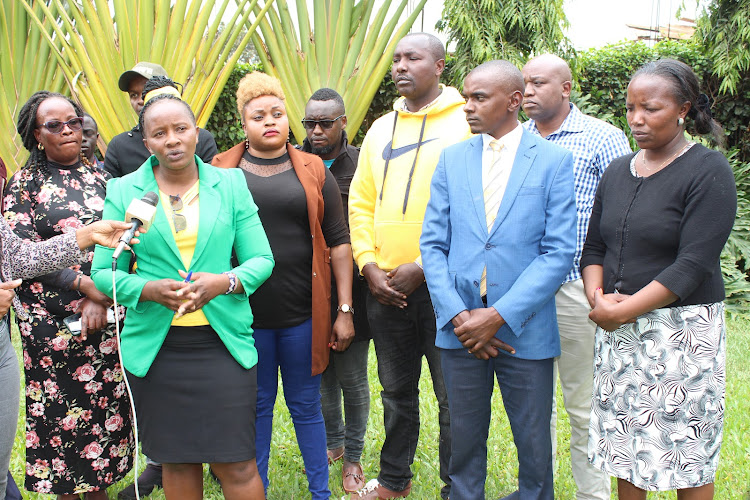 UDA supporters in Murang'a have vowed to file a petition to stop the swearing-in of MCAs over the nominations process.

They said the swearing-in scheduled for September 21 will not happen until the list is reviewed.

Disgruntled supporters said they were on the original nominations list that was gazetted in July this year but were removed from the final list.

IEBC reverted the list back to the party for amendment following complaints that the process was unfairly done.

Mathioya constituency party coordinator Bernard Kuria said all elected leaders held a meeting on September 11 this year during which they agreed that each MP would have a slot to nominate one person to the county assembly.

Kuria said they were however shocked when the final list came out to find that some of the MPs’ nominees had been struck out and other names inserted in the list. 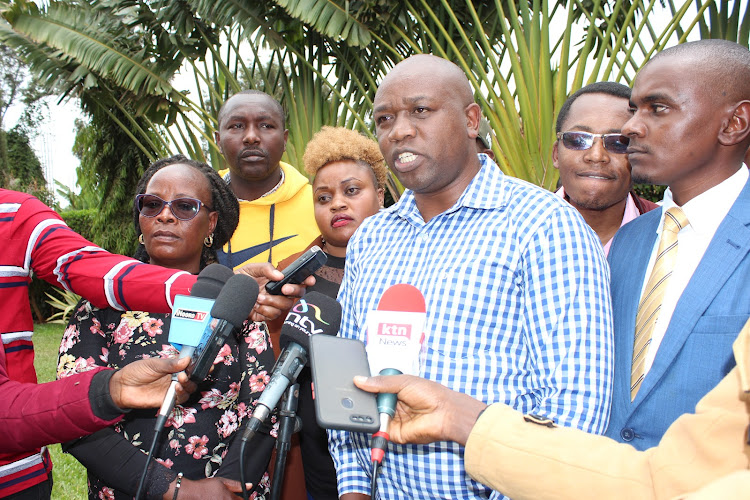 Kiharu, for example, had seven out of the 12 nominees while Kandara, Maragua and Mathioya each got one slot. Kigumo, Gatanga and Kangema did not get any slots.

Two more nominees were aliens, with one being a registered voter in Likoni, Mombasa, while the other was from Nakuru county, Kuria said.

While pointing an accusing finger at Kiharu MP Ndindi Nyoro, he said this is against the spirit of the party.

“We are shocked because we lobbied for this party and registered thousands of people with the promise of fairness,” he said.

The constituency has six wards and three of them went to other parties while constituencies such as Kangema had all their leaders voted in through the UDA party, another reason Kuria raised on why Kiharu should have had few nominations list.

“It is shocking that Gatanga, which led in the registrations, has not even been given a slot. Senator Joe Nyutu, who garnered the highest number of votes in the county, has also been denied a slot,” he added.

He said the unfair distribution of the nomination slots disadvantages staunch supporters of the party who put aside their political interests to support it.

After nominations, the party rounded up losers and promised to reward them if they continued supporting the party and campaigning for those who got tickets. 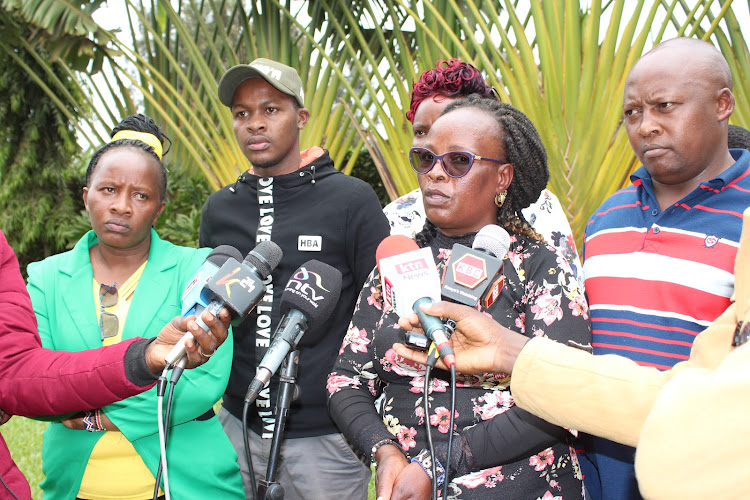 Jane Wanjiku who participated in election of chief whip and majority leader but whose name was lacking in the final nominations list.
Image: Alice Waithera

Kuria appealed to the party’s top leadership to intervene and resolve the matter as soon as possible, failing which they will seek legal redress.

“If Ruto had an agreement with Ndindi and wants to reward him, let him do so in the national government not in the county assembly.”

Kiumo Ndichu, another disgruntled supporter, said the party promised to quash dynasties but is supporting the same before the election dust settles.

Ruto, Ndichu said, promised to usher in fresh leadership with new leaders, which persuaded many Kenyans to vote against Azimio la Umoja as they wanted change.

But he wondered why the party allowed Ndindi seven nomination slots as other elected MPs were shunned.

“Could it be that Kiharu got more slots because both Ndindi and governor Irungu Kang’ata hail from there?” he posed.

Jane Wanjiku said she was surprised when she did not appear on the latest nominations list, yet she even participated in the elections of the assembly’s chief whip and leader of majority.

She was invited to attend the meeting together with others who had appeared on the first gazettement notice as nominated MCAs.

“How is it that I am on the list now? We were told to push aside our interests and focus on the party, that we would benefit once it clinched power. We want the President, his deputy and our local elected leaders to help solve this issue.”

Angela Kioko had been included in the first list to represent the Kamba community, a marginalised group, but was later replaced.

Kioko said this is despite her decision to stick with the party and helping to register over 5,000 members.

Governors are mandated to gazette the first sitting during which MCAs are sworn in
News
2 months ago
Post a comment
WATCH: The latest videos from the Star
by ALICE WAITHERA Correspondent, Murang'a
News
14 September 2022 - 23:00
Read The E-Paper