The court made a unanimous decision read by Chief Justice Martha Koome.

• The court found that the four dissenting commissioners failed to produce any evidence to show that the results were compromised.

• The court threw out Raila's argument that Ruto did not meet the 50 per cent plus one votes saying the argument submitted by his legal team did not make sense. 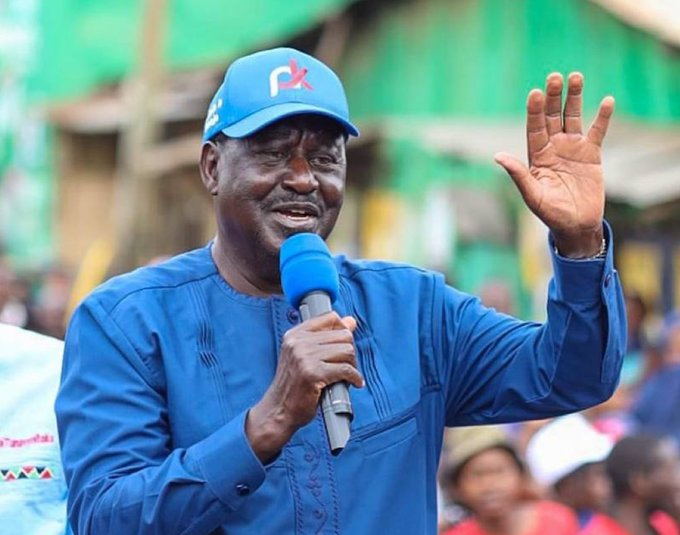 In a unanimous decision read by Chief Justice Martha Koome, the seven-judge bench said Raila and six other petitioners raised grave allegations that affected the tabulation of election results but the irregularities were not sufficient to alter the outcome of the election.

The court dismissed all the nine issues and upheld President-elect William Ruto's win.

The court threw out Raila's argument that Ruto did not meet the 50 per cent plus one votes saying the argument submitted by his legal team did not make sense.

Raila's team told court that the 0.01 per cent in the final tally of the presidential vote gave rise to an extra 142,000 votes which could not be accounted for.

"We have deliberated on this proposition and found that it's not mathematically sound and that the rounding off done by IEBC chairperson was correct," Chief Justice Martha Koome said.

On the controversy that surrounded the disparities in Forms 34A that were uploaded on the public portal and those that were delivered physically at the Bomas of Kenya, the court found that the disparities were insignificant and could not warrant the nullification of an election.

Raila had claimed in his petition and in arguments before court that the public portal was hacked by Venezuelans and figures in some of the Forms changed in favour of Ruto.

The court also found that there was interference with the uploading of the Forms 34A on the public portal but the differences thereof in the Forms on the portal and those physical forms delivered at Bomas were insignificant.

"No credible evidence was to support the allegation that Forms 34A presented to agents differed from those uploaded on the public portal," Koome said adding that," the court ruled.

The judges also rejected Raila's argument that the postponement of elections in Kakamega, Mombasa and in four constituencies and two wards resulted in voter suppression that affected the outcome of the election.

The court said there was no empirical data to proof that in the event that there was voter suppression, it resulted from the postponement of the elections and that only Raila's votes were affected.

"From the explanation tendered, we are satisfied that the postponement was occasioned by a genuine mistake," the court said.

"It has not been shown that by postponing the elections in the named electoral units, IEBC acted in bad faith or was influenced by irrelevant reasons and considerations," it added.

Raila also wanted the court to nullify the election on the basis that there were differences in the votes cast for the president and other electoral seats.

The court said IEBC explained the vote differential saying some voters like in prisons and in the diaspora do not vote for other seats except the president.

"IEBC has proffered a plausible explanation for the vote differential citing category of voters who only vote for president such as prisoners and diaspora. There were insignificant number of stray votes whose combined effect cannot justify the nullification of the election," the court said.

The judges found that IEBC chairperson Wafula Chebukati erred by arrogating to himself the power to verify and tally results without the involvement of the other four dissenting commissioners but the commissioners failed to produce any evidence to show that the results were compromised.

The court also said there was no evidence to show that had the results that were allegedly not tallied would have made substantial difference to the results declared by Chebukati.

"In the absence of any evidence so, violation of the Constitution and election laws, how can we upset an election in which the people have participated without hindrance as they made their political choices pursuant to Article 38 of the Constitution?," CJ Martha Koome who read the verdict posed.

Overall, the court said Raila and his co-petitioners did not deliver a water-tight case that would have compelled the court to set aside the August 9 presidential election.

"As a consequence, we declare the election of the first respondent as President-elect to be valid under Article 43 of the Constitution," Koome ruled.