She told the court that she highly depends on the man.

•Due to the language barrier, the court failed to understand him at some point and was forced to call the wife. 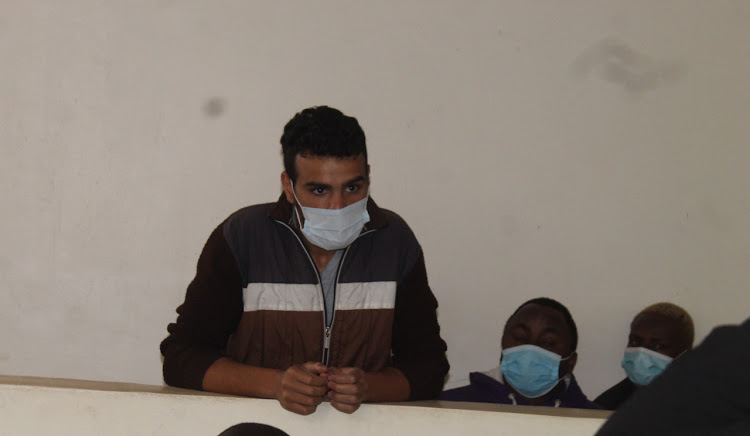 An Egyptian man accused of creating disturbances at St Mary’s hospital offices after he was blocked from accessing her wife was Thursday charged in court.

Due to the language barrier, the court failed to understand him at some point and was forced to call the wife.

“We are calling you from Kibera court because your husband has been charged with being in the country illegally and at the same time creating disturbances at the St.Mary’s hospital. We want you to tell him what is going on as we shall advise you," Maroro told the wife on phone.

The wife responded by telling the court that she highly depends on the man and pleaded with the court not to deport him.

“Don’t take him back to Egypt, please, please, for the sake of me and my child,” she responded.

The call was heard in an open court and was on a loudspeaker and the same was recorded in the court proceedings.

The wife explained to the Egyptian what the charges were about and he pleaded not guilty.

He is accused of committing both the offence of creating disturbances and being in the country illegally.

The magistrate directed that the accused person be released on Sh50,000 cash bail with the surety of the same amount.

He has been directed to deposit his passport in court.

The case will proceed on September 15 for a pre-trial.

KMJA President Derrick Kuto says attacks on judges like was in 2017 should be avoided.
News
5 months ago

He was also charged with another count of committing an indecent act with an adult.
News
5 months ago