The former Mombasa senator claims that agents of his opponent are bribing voters.

• The former Mombasa senator also noted that there was low voter turnout and attributed it to the postponement of the elections from August 9. 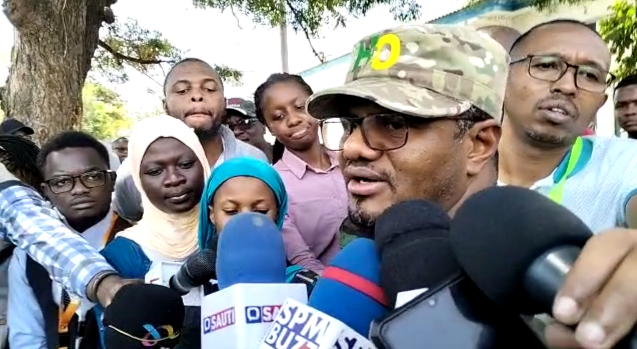 UDA candidate in the Mombasa governor race Hassan Omar has voted at Kaderbhoy in Mombasa and alleged that the ODM party agents are bribing voters.

He also claimed that some people tried to attack one of his cars that was delivering food to UDA agents.

"There is widespread bribery by the ODM party and we have asked the police to manage it in the next one hour or we will manage it ourselves," he said.

Omar also alleged that polling officers were instructed to erroneously mark polling streams to his disadvantage.

"That is the only way they can steal this election. So when you see them write 5 instead of 3, it is not by mistake. They are acting on instructions," he claimed.

The former Mombasa senator also noted that there was low voter turnout and attributed it to the postponement of the elections from August 9.

He expressed confidence in winning the election and urged his supporters to come out and vote.

Nyali MP Mohammed Ali said the voting process was smooth and fast and appealed to all Mombasa residents to vote for Omar.

"The President of Kenya is William Ruto so don't be out of the government," Ali said.

ODM's Nassir turned away from voting after forgetting ID

He, however, came back after 15 minutes and was able to cast his vote.
News
5 months ago