The lady, a nurse, was living in Toronto, Ontario.

• Hellen Wendy whose Facebook profile indicates that she was a nurse living in Toronto, Ontario was in a jovial mood moments before the tragedy.

• She kept taking the dives while holding her face beneath the water for several seconds before swimming back to read comments. 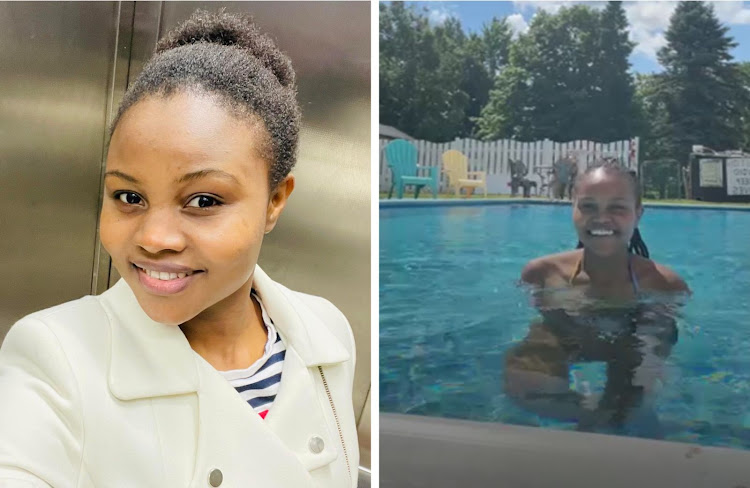 A Kenyan lady drowned in a swimming pool in Canada while live-streaming herself on Facebook.

Hellen Wendy, whose Facebook profile indicates that she was a nurse living in Toronto, Ontario was in a jovial mood moments before the tragedy.

"It's 2 o'clock here," she added as she intermittently responded to viewers in the comment section while playing with water.

At exactly 5:45 minutes, Wendy took a dive in the waters several meters away from her recording gadget, probably a phone.

She kept taking the dives while holding her face beneath the water for several seconds before swimming back to read comments.

This went on for several minutes until the tenth minute when she took the final leap into what appeared like the deep end of the pool.

At exactly 10:33 minutes, Wendy started gasping for air as she made gurgle sounds while kicking and screaming in a futile effort to swim away from the danger zone.

At exactly 11:54, she made the last sound before it all went silent.

From this point, the camera kept rolling for 3 hours before a man came around at the 3:09 hour mark.

Two minutes later, another man came around and asked the one in the pool what was in the water.

"I thought it's a poodle or something," he said.

A poodle is a breed of dog with a curly coat that is often ornamentally clipped. Wendy wore a multicoloured swimsuit and had long hair.

"What if it's actually someone dead?" the other man asked.

He went round the pool and confirmed that it was indeed a person at which point he went to call the caretaker of the facility.

By the time of this publication, the recorded live stream had over 2,800 comments and had been shared over 500 times.

As part of the 14-month investigation, eight people have been arrested in Cadiz, Malaga, and Barcelona.
News
7 months ago

Many youths leave school to cast their nets; they access lake on raft of jerry cans
Counties
8 months ago