Babu refutes claims he was involved in murder of IEBC official

•"Who would benefit from the death of a returning officer between a winner and a loser?" Owino posed.

•In an address to the press, Mureithi blamed Owino and linked him to the murder. 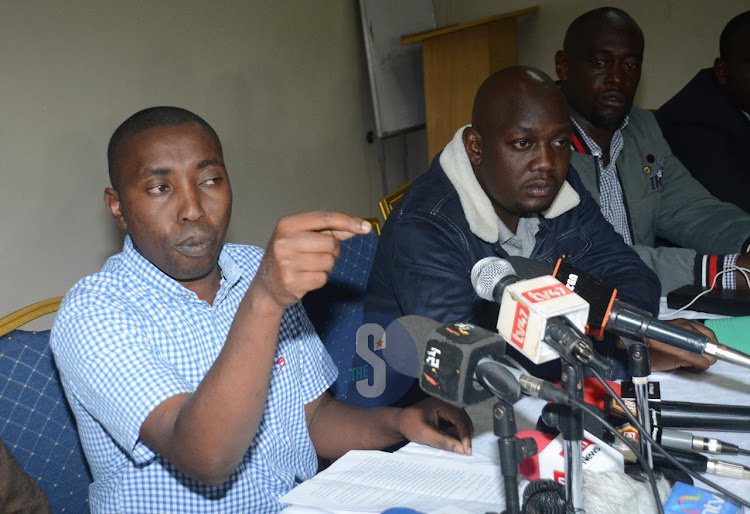 Owino spoke to the Star on Wednesday when he denied the claims made by his UDA competitor Francis Mureithi.

"Who would benefit from the death of returning officer, between a winner and a loser? Would I kill a returning officer who was meant to announce me as a winner, with 57,000 votes? " Owino posed.

"It seems he has already conducted an investigation and finished it, why hasn't he gone to the DCI to report?"

In an address to the press, Mureithi blamed Owino and linked him to the murder.

"There is sufficient reason to believe that there is a connection between this murder and Owino and his colleagues' illegal access to the tallying center," Mureithi said.

"If the OCS and OCPD had assigned Musyoka bodyguards as required, I challenge them to give the media the names of these bodyguards," Mureithi said.

Together with another competitor, Joash Omwenga, the two leaders also questioned several instances of violence in the area.

They still blamed what they termed as 'reluctant' security officials from doing their job.