Deal with bandits and assure us peace, Ruto told 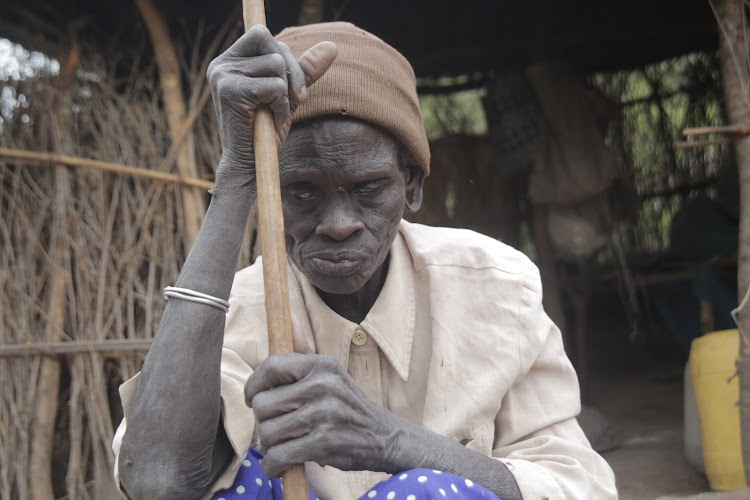 Thousands of displaced bandit attack victims in Baringo are now appealing to President-elect William Ruto to actualise the fight against banditry.

The homeless residents are disturbed by frequent gunshots. Among them, young children are living in makeshift polythene and shrubs-thatched shanties in the bushes fearing for their lives.

“We are anxiously waiting for a word from the newly elected President William Ruto, before embarking on development he should assure us our security first,” Baringo North Ng’aratuko resident Joshua Chang’wony said on Tuesday.

“In fact, my own brother is among those who sustained gunshot injuries so it is my heartfelt appeal to the next government to prioritise ending the animosity of banditry,” he said.

During his campaigns Ruto promised to deploy enough security officers to fight and end banditry across the country, especially along the volatile Kerio Valley.

The government has for the last three months conducted security operations to flush out armed bandits and dusk to dawn curfew before lifting it ahead of the August 9 general election.

“We are waiting upon our bosses to give us direction if we will resume and carry on with the operation immediately after the election or not,” Baringo county commissioner Abdirisak Jaldesa said on Monday.

Hundreds of school-going children have dropped out owing to displacement and persistent bandits attack.

Children at Chesekem IDP camp near Sibilo are forced to trek up to 8 kilometres to Kosile Primary School in search of education.

"I take up to four hours daily walking and coming back from school on an empty stomach,” a child said.

Residents are now urging the Ministry of Education through Cabinet Secretary George Magoha to provide foodstuff in the affected schools to motivate the learners.

“As parents we lost all our livestock to the bandit, forced to flee and live in temporary structures in the bush so we cannot carry on with our normal activities to feed our families,” Rondinin resident Michael Kipsesat said.

Currently, the elderly women and children are in living in makeshift shanties in the bushes risking attacks by dangerous wild animals like snakes and hyenas. 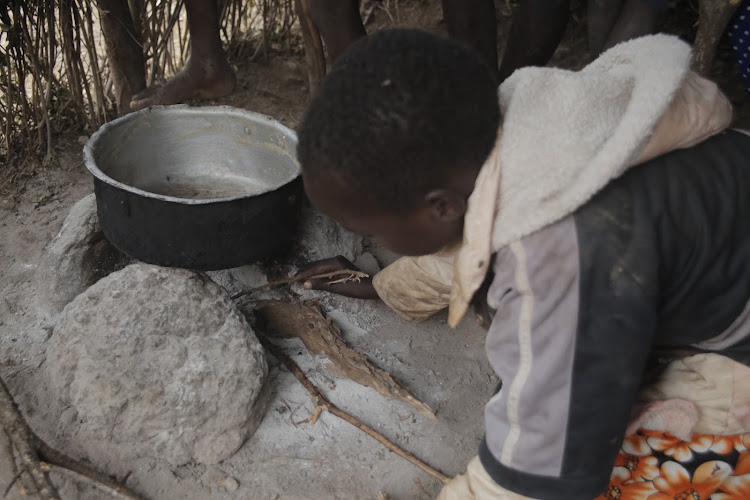 A child lighting fire to prepare a meal in a shanty at Chesekam IDP in Baringo North on Tuesday.
Image: JOSEPH KANGOGO

“Hardly a day passes without a sound of gunshot and livestock theft. Bandits have actually terrorised us for a very long time, we need peace” Baringo South Sinoni resident Wycliffe Kimarar said.

He said bandits have forced hundreds of people and school children to flee volatile areas.

“Thank God our officers got out safe after being rescued by security officers,” county IEBC returning officer John Mwangi said.

“Afterwards we are left to die in the hands of merciless bandits,” he said.

On Thursday, the Star stumbled on a group of hungry residents among them sickly and malnourished children in the bushes in the remotest Chesekem village, Baringo North.

“The weather is cold, we can't afford food and medication for our sick children. The nearest health facility is located 40 kilometres away, but we have got no option but to persevere” Bernadine Chesaro, a mother  said.

The victims are therefore appealing to well-wishers and humanitarian agencies to move with speed to assist and donate foodstuff, tents, warm clothes and drugs.

So far, an NGO called New Dawn of Hope is struggling to donate some food and non-food items.

“I feel like crying when I see the innocent malnourished children lying on the ground due to hunger-related illnesses,” NDH founder Joan Jemutai said.

“I have decided to personally finance and pitch a simple medical camp, and supply the victims with foodstuff, drugs and clothes, but we need more partners to help,” Jemutai said. 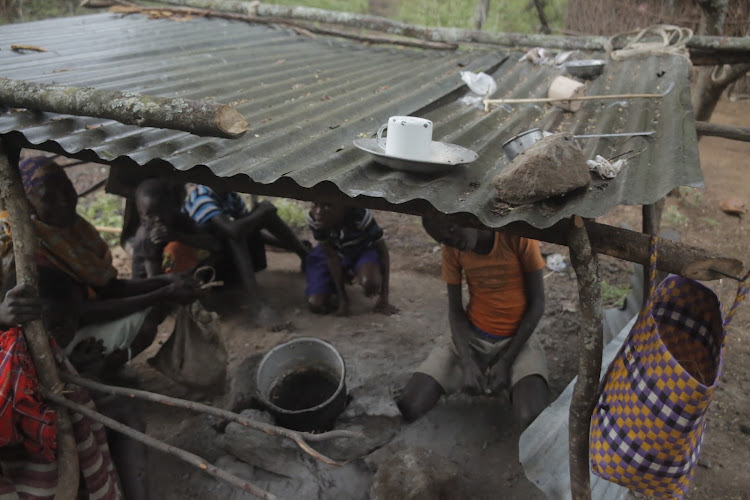 The displaced have a right to vote and it's state's duty to ensure their safety.
Counties
4 months ago

Ruto claimed reservists were withdrawn from Kerio Valley on grounds that he would use them as militia.
News
4 months ago

Residents ask why, commissioner says it's been quiet for three weeks.
Counties
5 months ago