• Omanga also took the opportunity to congratulate Passaris for the win. 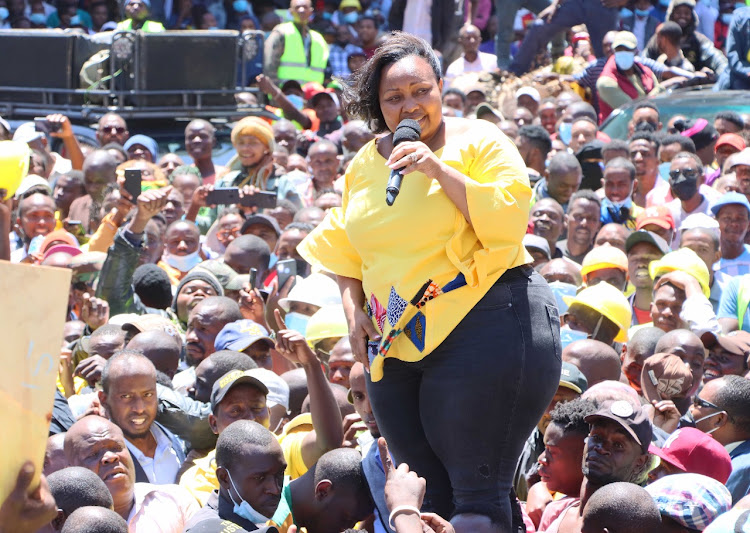 "I want to thank the people of Nairobi who voted for me and those who didn't. I accept the results even though they're not in my favour," she said.

Omanga also took the opportunity to congratulate Passaris on the win. She hoped to clinch the seat she lost in 2017 to Passaris.

"Esther Passaris has won, she deserves our support and prayers as she steers the office of Woman Rep for the next 5 years. May God bless our country," she said.

Passaris was re-elected to her position for the second term.

Omanga has worked in fields such as interior design as the founder and CEO of Milways Enterprises, a company dealing in construction, interior décor and import of furniture.

She has never shied away from attributing her success to Deputy President William Ruto, who she says lifted her from hawking and made her a public figure.

In 2013, she was appointed director of the Kenya Electricity Generating Company which Omanga said the DP played a role.

Sakaja drives himself to Kasarani to pick certificate

He was welcomed by his supporters who were already waiting for him at the centre.
News
3 months ago

I accept the decision of Nairobi residents, Igathe says

During the Jubilee primaries in April 2017, State House ‘fished’ Igathe from Vivo to contest
News
3 months ago